Saving Eterra is going to take more than time, it will require becoming something else entirely: Legendary. Last Epoch is proud to announce that with Patch 0.8.4 comes the launch of our first endgame Dungeon and the rise of Legendary tiered armor and weapons. 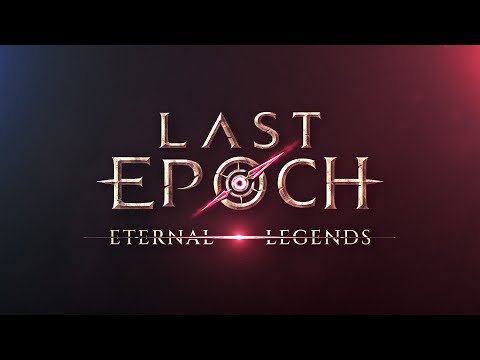 In the Eternal Legends Update you will discover and explore Eterra’s first endgame dungeon: Temporal Sanctum. You will meet Chronomancer Julra, a once optimistic and motivated researcher determined to unlock the secrets of the elusive Eternity Cache. Now, after years of being tormented in time, Julra has lost her way, her mind, and she will stop at nothing to finally tap into the power of the Eternity Cache.

Controlling the flow of time, you must navigate the puzzle of her sanctum and liberate the Chronomancer from her madness.

With access to the Eternity Cache, players will now have the power to forge Legendary items by combining exalted and unique items of the same type and merging them together with their powerful unique items. You however may not use just any unique and exalted item, it requires specific criteria to be met. The unique item must have a new property called Legendary Potential. This new stat determines the specific number of affixes which will be transferred from the exalted item. If you find a 2 Legendary Potential item, it will take 2 primary affixes from the exalted item. 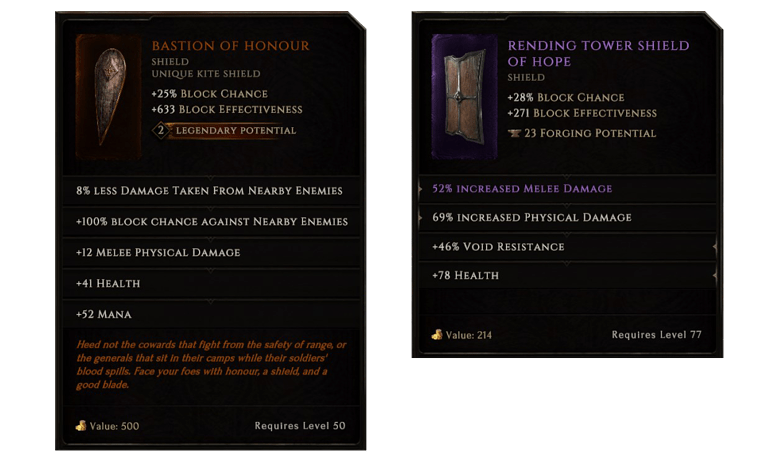 To forge a Legendary item you must complete a dungeon, after which you will be rewarded with the ability to access the Eternity Cache in 2 different eras. You place your two items into the cache in the past and when you return to it in the future you will be greeted with your new Legendary item.

Process of creation of a Legendary Item in the Eternity Cache 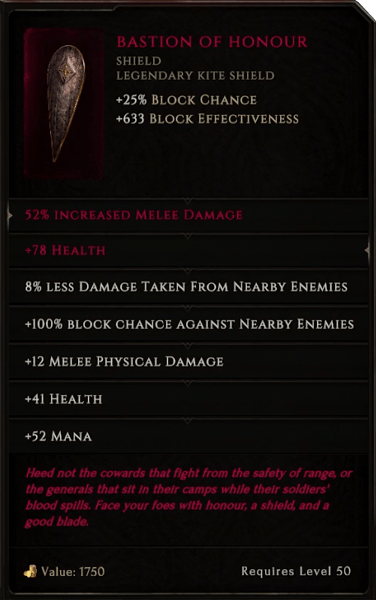 The Legendary Item we have just created

We are very excited to see all of the very powerful, and perhaps some not so powerful, Legendary Items that you all create. We know there are some unexpected and fun builds that are waiting to be unleashed with the addition of Legendary Items.

The first few steps of a long journey tend to set the pace for the long-run, and we felt it was time to revisit our humble beginnings. Eternal Legends is bringing you an epic new visual experience to the kickoff of every new Traveler in Eterra. We hope you enjoy the new Character Select Screen and music to go with it! 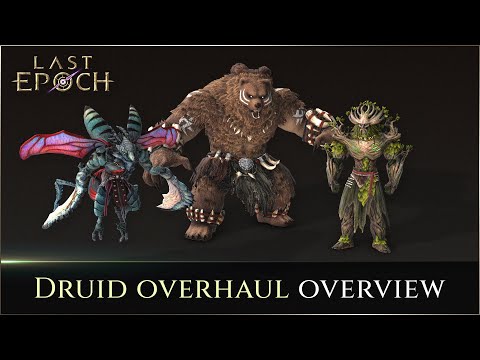 Swarmblade has two distinct fantasies we wanted to slice. One being a fast slashing bug and the other being the ‘hive-father’. With only 4 skills on the bar, we were aware that in order to really hit both of these we would need to have these themes overlap on some skills. Also, having a contained kit like this on a character gave us the ability to create some really exciting ability interactions. In the video below you will see:

Armblade Slash, which is fast melee slash attack. It will be your most reliable attack in Swarmblade form with no cooldown and no Rage cost.

Dive is the Swarmblade’s movement ability which also damages all enemies in its path.

Swarmblade’s third skill is Summon Hive. When using the ability, he throws down a hive and summons some feisty locusts to fight alongside him.

In our 0.8.4 redesign the Werebear form has a mix of both new and returning skills, and even the returning ones have been revamped with new VFX, sounds, altered base functionality, and new potential in their skill trees! In the video below you will see Swipe, Warcry, Maul, and Rampage in action.

This patch we have updates to all of the abilities which include replacing Vale Blast with Spirit Thorns, and replacing Root Wall with Thorn Shield. Healing Totem and Summon Vines have kept their base functionality but have received new visual updates and lots of new options in the overhauled skill trees.

Entangling Roots is receiving a complete rework that includes a visual overhaul!

While redesigning the Druid as a whole, we knew we needed to elevate one of his skills into the Mastery-locked section of his passive tree. After some consideration we felt that thematically, Entangling Roots fit this spot very well. We are thrilled to share with you the results of our work.

Upheaval is a powerful, semi-spammable ground slam ability. It will do a decent amount of damage and have a medium mana cost. With the announced removal of Ice Thorns, Upheaval will be stepping in to fill its empty skill slot. This means that moving forward, upheaval will be an early and core addition to the Primalist theme and leveling experience.

Umbral Blades is joining the ranks of quick, spammable, low mana cost Rogue skills, and is aimed at fulfilling the fantasy of masterfully throwing daggers (or swords) at your enemies. It is a 3-step combo ability. First, you throw 2 piercing blades at your enemies, next you throw 4 more, and finally on the 3rd step, you recall all of your blades back into your hands, hitting enemies along the way.

We’re swapping the old two Glyphs for four new ones, replacing one Rune, and adding two new Runes. Three of these new crafting items will be chase items with more exciting and powerful potential outcomes than the existing Runes and Glyphs.

Another change to the crafting system in 0.8.4 is that you can now see the outcome of your crafts. This display is positioned at the bottom of the crafting panel where the various fracture chances used to be displayed. It tells you what stats you gained from a craft and how much Forging Potential was lost, if any. 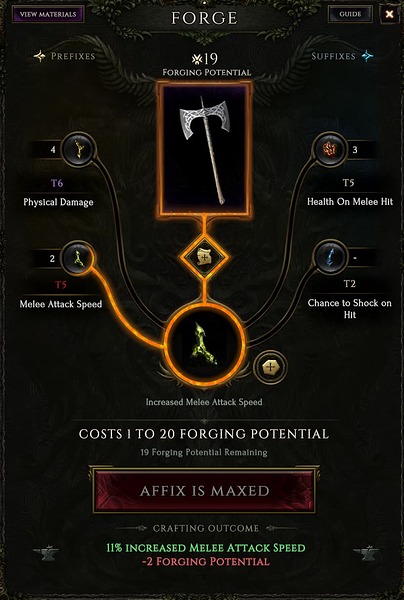 We are adding 10 new monolith zones with diverse environments to the game. We also made some changes to Spires - they now only attack while the player is in combat.

We greatly improved visuals in several Chapter 5 zones to bring them up to our current standards. 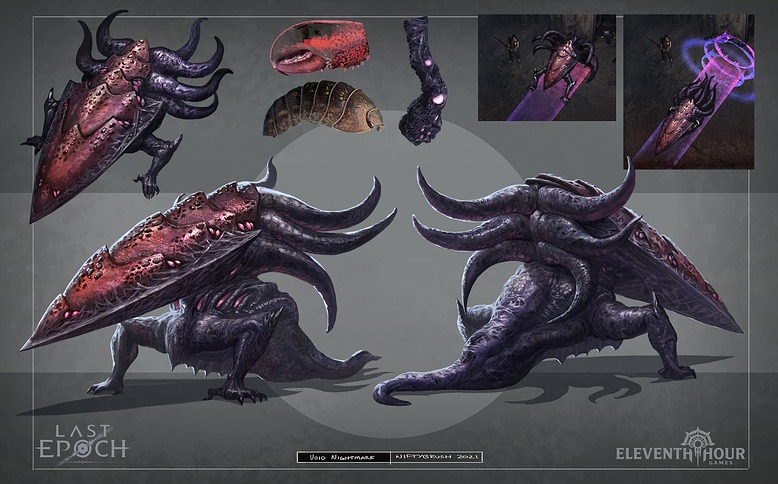 As with every patch, we are introducing variety of new unique and set items to Last Epoch. Below are just a few examples: 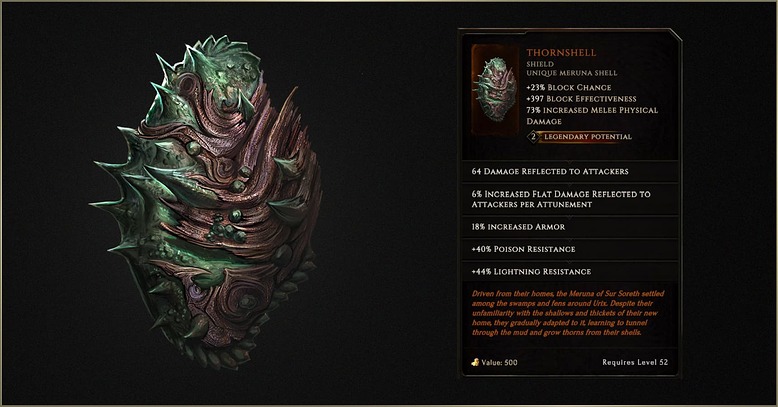 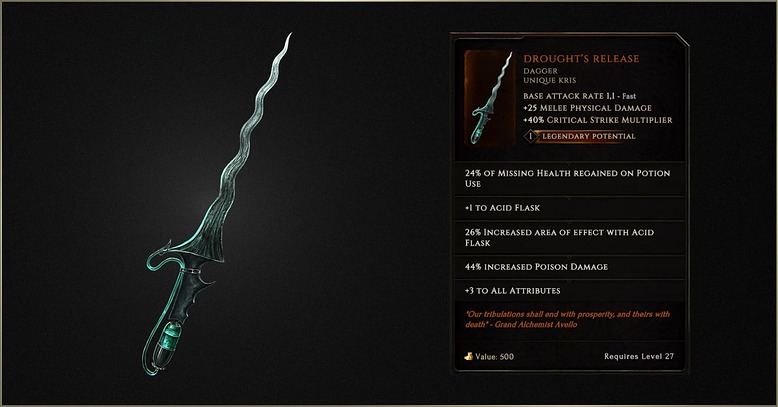 As the Last Epoch team grows, we are making dedicated efforts to to bring all ‘old’ content up to our latest standards. In the Eternal Legends update, we are excited to introduce brand new models and armor sets for the Sentinel, Mage, & Acolyte!

In recent patches, we updated the 3D and 2D art of several weapon groups and added powerful implicit affixes to support a wide variety of builds. In the next patch, we are updating more weapon groups such as the spears and staves. Below are just a few examples of what you can expect to find across Eterra:

And so much more

Join us December 10th for the Eternal Legends Update.

So many new things. Thanks for the hard work guys. MEGAHYPE!

We are adding 10 new monolith zones with diverse environments to the game. We also made some changes to Spires - they now only attack while the player is in combat.

I guess lots of people will be happy about the spire thing.

When do we get a release time for the patch?

ya, spires might not be the worst echo type anymore haha.

so many great new things coming with this patch. looking forward to the Dungeon: Temporal Sanctum and druid transformation changes.

Would love to see spires also become more dangerous if you were close to them by having another attack if you’re nearby. Kinda like the necrotic cages near the cultist camp.

How do I Temporal Shift to Friday.

Great! at last i can pick up stuff on the ground without playin a russian roulette

As with every patch, we are introducing variety of new unique and set items to Last Epoch. Below are just a few examples:

I would like to know what will be the main target for the next major patch.

We also made some changes to Spires - they now only attack while the player is in combat.

Neat, they took my suggestion. This should be a nice QoL improvement to spire monoliths.

We are adding 10 new monolith zones with diverse environments to the game.

This is probably the best news for me besides legendaries and the dungeon.

Although I like the game a lot, the worst part of it is that the Monolith feels very repetitive. It’s the main end game system, where we spend the most time, and it feels like I’m going through the same 5 zones over and over again, I’m sure there are more then that, but they are not different enough. Adding 10 new distinctive enough layouts is a huge improvement, I hope to see more and more with future updates.

I really hope this is not another enemy with a knock back effect. Were the continuously ram into you

So should I delete my stash of uniques or is there a chance of any being updated with legendary potential? I’m perfectly okay wiping my stash.

Old unique items will not have any potential

Sorry, no. You’ll have to hunt down some new ones.