Hello Travelers, and welcome to the August multiplayer update!

I am once again excited to provide you with a status update on the development progress as we’ve made great strides since July’s Update.

The goal for this update will be to talk to each of the points I brought up last month, as well as mention some of our major goals for the coming month. It’s worth noting that we are also hard at work releasing the Sands of Majasa Update, which is currently receiving polishing touches and undergoing a heavy QA pass.

1. Ensuring our content, up to reaching End of Time, is polished and easy to play. A major system we are to begin on is Waypointing so players can play asynchronously more easily. 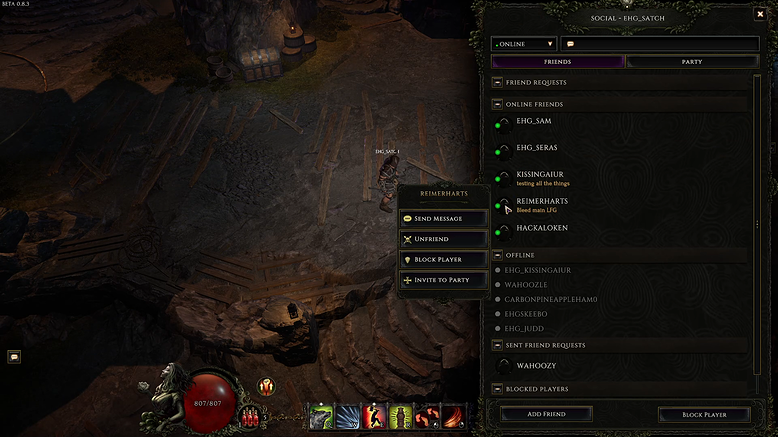 2. Debugging our party system to ensure play is as smooth as possible. The last 20% is the trickiest.

3. Planning for earlier access to one of our endgame systems in order to extend multiplayer play to make it viable for wider testing. 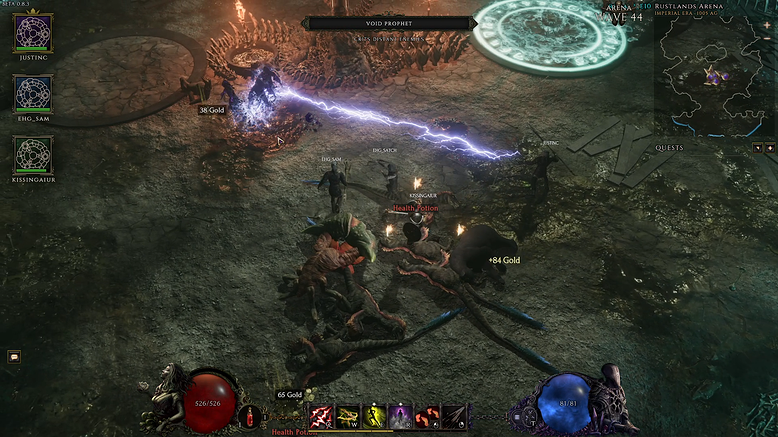 5. Optimizing our server size in order to save cost, and this comes in two major forms: server optimization, and “netcode” optimization. We are profiling our server to reduce its size online in order to allow us to put more servers on a single machine. We are optimizing our “netcode” to significantly reduce the size of the data we need to send between the server and clients, as well as optimize our gameplay code to reduce the amount of computations we send to the server in the first place. 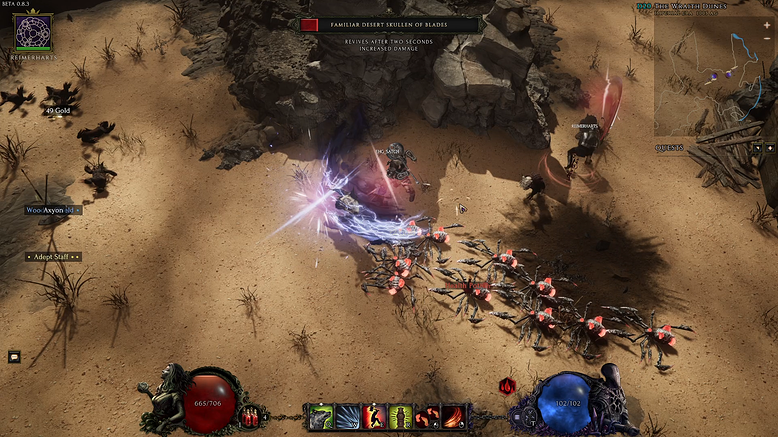 6. Getting our idol and potion systems working server-authoritatively, so you can complete your character build (and survive!).

7. Scaling up to approach the ability to test more widely!

What Are Our Goals For September?

With that said, we are always looking for more players who are positive, contributing members of the Last Epoch community to come and test our game before releasing to the wider public! We have a very active Community Tester group who get special access to early builds of our releases and help us make Last Epoch great.

If you are interesting in joining our Community Tester program, please submit a support ticket with your contact information!

with the expected update… was asking my self already, when it gonna drop, as promised.

Start preparing to add Multiplayer to the Community Tester Program. This will involve fixing many “minor” bugs that we are used to internally but would not want testers to have to suffer through

Phenomenal strides being made by the EHG team. I really do want to commend the team on the hard work you’ve put in over the years. Especially now, taking on the task of a huge implementation with multiplayer while also pushing out amazing content updates. I know you guys hear far to often our impatience, but know we appreciate all the effort you guys put into making this game so awesome for us players

If you are interesting in joining our Community Tester program, please submit a support ticket with your contact information!

Where would you like me/us to do this? There are currently only categories for actual problems when trying to submit a support request. I don’t want to accidently become a burden.

You can submit it as a General Ticket here: Submit a request – Last Epoch Support

What Are Our Goals For August?

Is this suppose to say september?

We are mostly down into the “small wins” categories for server memory use, which is good news. We have a few major chunks still we’re about to take out but then over time it’ll just keep getting smaller and smaller

The last 20% is always the longest in game development, and has the largest impact on game quality.

Gets Me all The time

The last 20% is always the longest in game development, and has the largest impact on game quality.

I’ve tested so many games in the last 20 years that were in much rougher shape than LE, you guys are on a good track here.

Love the direction Multiplayer is heading!

Hey Stanz!
So how do deaths work in Arena? I heard that in MP parties people can revive each other. Is this possible in Arena, too? Will there be a revive limit? Or are people that die out of the game and the rest op the party has to go on alone? Or do people automatically get revived if at least one member of the party survives until a checkpoint?

Arena in MP is something I’m really excited about

Eleventh Hour Games, you’re absolutely amazing. Thanks for all the love for this game, we will give it all back to you. Let’s make this game a masterpiece!