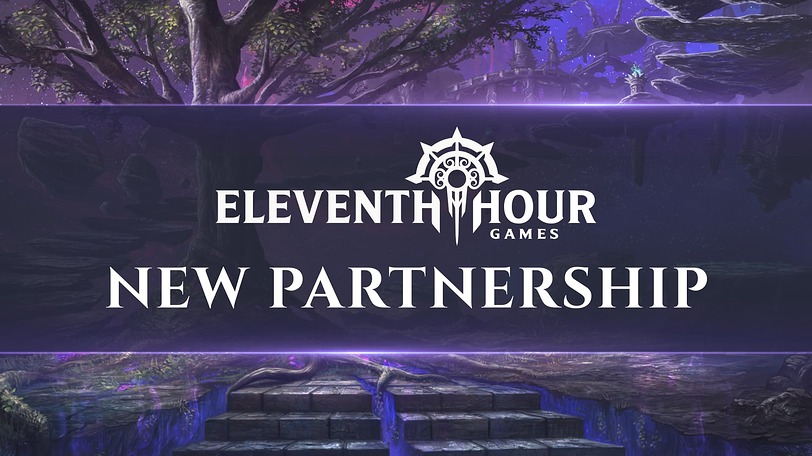 As many of you know, Eleventh Hour Games comes from very humble beginnings. Last Epoch originated from a simple Reddit post asking other ARPG enthusiasts “Who wants to join up and make the next great ARPG?” It started as a true after-hours passion-project that most of us worked on in the evenings for nearly a year while holding other jobs to pay the bills (Our late night development is part of the reason for the name Eleventh Hour!). Since then we’ve grown rapidly as we and our community continue to share our enthusiasm for this game and genre.

It became clear that as we gained traction and set our sights on a more ambitious game, that our growth would require more talent, hardware, software, and ultimately more funds. Due to this, I spent 653 days (yes exactly) approaching and fielding publishers, angel investors, venture capital firms, and banks seeking more funds to ensure the stability and growth of Eleventh Hour Games and Last Epoch.

During that time we received multiple verbal and written offers but many came with a requested level of control, stipulations, insertion into operations, requirements, or involvement that I suspected may not be in the best interest of the game or company. I have meticulously crafted a team of ARPG fanatics that know and want what is best for Last Epoch and our community. This team is something that I’ve always protected at all costs, so giving up nearly any level of control was not something I was willing to entertain - which as you can imagine is hard for a lot of investors.

Luckily, after nearly 18 months I began talks with the team from Tencent Games who were already fans of Last Epoch and had followed us for quite some time. They had witnessed our ability to produce and release content for nearly 4 years in Early Access, grow a team, and grow an enthusiastic player base. Their team played the game thoroughly, and came into the conversation with the level of enthusiasm, and trust in us, that we were looking for. Due to their passion for Last Epoch, but most importantly because of their willingness to let us design, create, operate, and grow how we see fit, we have accepted a low-equity investment from Tencent Games.

This investment does many wonderful things for EHG and Last Epoch, including:

Honestly, we are thrilled to have found and executed this opportunity.

Now, I want to clear the air of some concerns that this news may bring to our long-term community. I have personally been on the player-side of this coin, where I see one of my cherished independent game studios partner with a larger company and worry that the independent company and games they produce may be altered for the worse.

I want to assure you that the reason that I held out so long to find the right investment and investment partner is because I believe it is of the utmost important that we maintain our ability to operate and execute under our own discretion. This partnership comes with no obligation to change any plans regarding our development of Last Epoch, and no binding development agreements to execute on. As a studio we’ve retained full creative control and autonomy and this only bolsters our ability to execute on our vision better.

Thanks to Kickstarter and players like you who have purchased the game and continued to advocate for us during Early Access, we were able to hold out for the right investment that allows us to fully preserve our vision for Last Epoch. So again I want to express my gratitude to all of our Travelers that have believed in us while we are in an early stage of development.

So what does this ultimately all mean? Eleventh Hour Games is healthy. Healthier than ever, growing more rapidly, and excited as hell to put these funds to work in creating an amazing action RPG for all of us to enjoy. Thanks again for all of your continued support from the entire team here at Eleventh Hour Games.

Oh no no no

we have accepted a low-equity investment from Tencent Games.

Good to hear it’s low-equity. I’m sure I can hear people loosing their #### already due to the name, regardless of the details.

I cant wait for the microtransactions.

but most importantly because of their willingness to let us design, create, operate, and grow how we see fit

This sounds really great, excited for what you have in store for us in the future

I would be wary as Tencent also is invested in Riot Games and they are developing a game that is direct competition to yours here soon.

They are working on an ARPG MMORP strategy game with Riot and have been for years. They like to buy small indies and turn their games into Riot games.

Hoping for the best. Can’t lie and say this doesn’t make me incredibly nervous… I hope this does not stray from the vision. I will do my best to give you guys the benefit of the doubt as my favorite studio.

LE is going to be BIG

As long as you guys are able to keep making the game great and are making the key decisions, the investment should be a good thing. Just please keep all micro transactions cosmetic only. Excited to see where this leads.

Glad to hear! I’m confident in the teams ability to maintain the original vision without compromise.

Well, it took them less time to buy EHG than to buy GGG…

Probably cheaper to do it early.

Hmm… I understand the necessity of this kind of investment for a small indie developer but I must admit, seeing who is investing is a tough pill to swallow … Even without taking current politics & world events into account, your choice of investor - even a low equity one - is unfortunate imho.

Lets hope we dont need to earn social credits for anything in-game.

exactly, I don’t see why people are freaking out lol

Congrats - interesting though that EHG have gone for the majority owner of path of exile dev grinding gear games. How does that square from a conflict-of-interest point of view? Does it point to future direction with cosmetics?

How does that square from a conflict-of-interest point of view?

It doesn’t, it’s not an issue (mainly because LE has a box price & PoE doesn’t).

Does it point to future direction with cosmetics?

They’ve always said that they’re going to have cosmetics.

Of all of them… my interest and hope just went from Hype to not sure i’ll be interested anymore, i’ve seen how they turn the games where they get involved and its nice to have cash inflow but not at the cost of a very nasty investor. Good Luck LE!

we have accepted a low-equity investment from Tencent Games.

Can you be more transparent about this? What does a ‘low-equity investment’ mean? is this partial ownership? A loan to be repaid? A publishing deal? Something else? This is the part that will be most important for the community to understand.

This partnership comes with no obligation to change any plans regarding our development of Last Epoch, and no binding development agreements to execute on. As a studio we’ve retained full creative control and autonomy and this only bolsters our ability to execute on our vision better.

That is the key and that is what I will build my trust on.
OK, that’s good news, congratulations!

I really hope you don’t get pressured by Tencent in future for pushing content ahead before its ready! Its a known problem in the industry. Hope to not see it repeat here. I have much respect and love for EHG and its people. But this really does make me nervous. Part reason why I have so much faith in EHG is because you guys have had complete control and ability take things at your pace! Hopefully Tencent leave this ability in your guys control. As always I wish you guys the best of luck and will always Support EHG!