Welcome Travelers to day two of the Sensational, 9 Day, Extended Hype Week, Patch Extravaganza… *TM! The Depths of Eterra update brings with it a number of new Uniques, unlocking a range of brand new build opportunities to carve your way through the enemies of Eterra. Whether you are an elusive sniper, vengeful tank, commander of spirits and souls, or just finding your promised path in Eterra for the first time, we have something new for you here.

For our more experienced theory crafters out there, we are excited to see what you do when a single idol has the power to change your entire build.

Check out a few examples below of the types of items you can get your hands on in the Depths of Eterra Update (we’ve also hidden a few extras in Eterra for you to find on your own)!

Chronicles Of The Damned 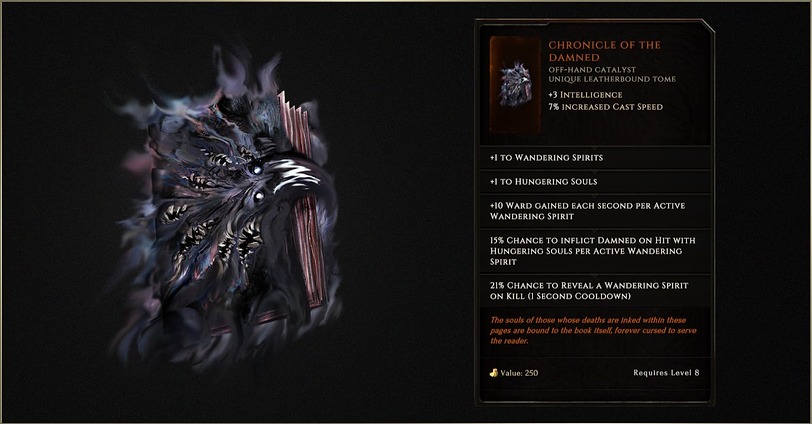 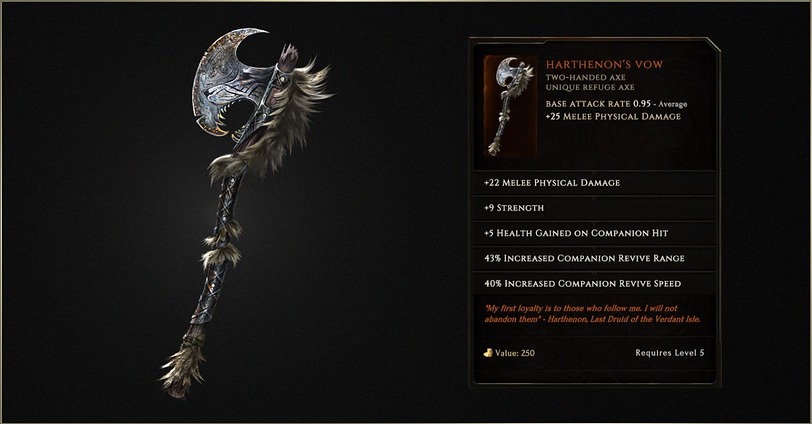 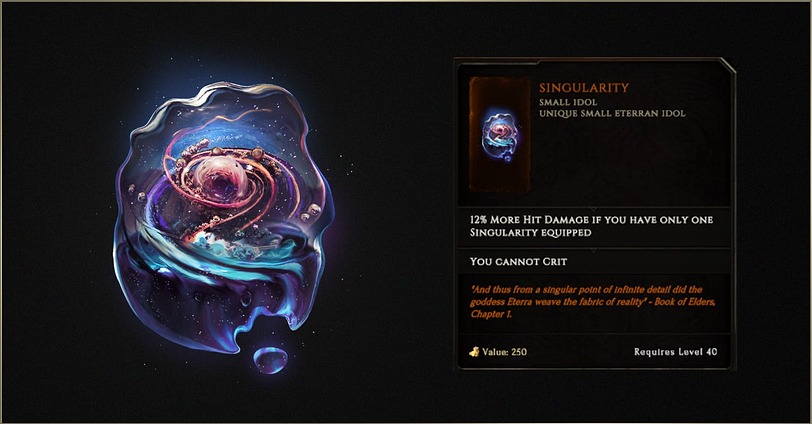 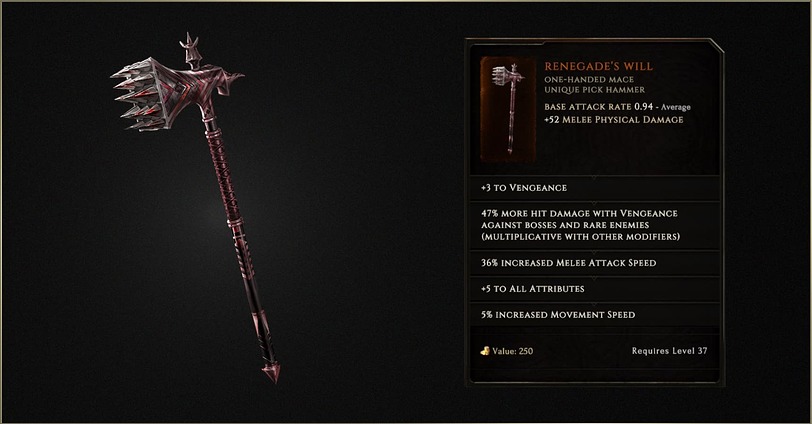 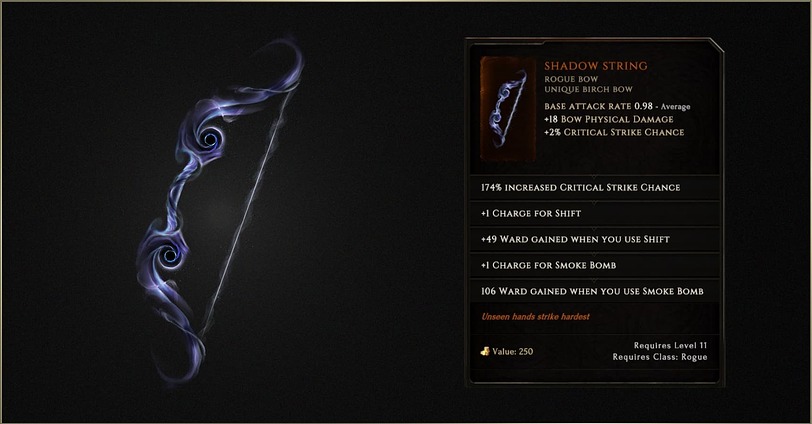 This concludes day two of the Sensational, 9 day, Extended Hype Week, Patch Exhibition*TM. We would love to hear your initial build ideas down below! Make sure to check back in tomorrow for our post on the first of the two new dungeons being added in 0.8.5 Depths of Eterra - Soulfire Bastion!

The Idol was a good one on the dev stream, where Mike said nobody will guess what slot it will be in

I’m wondering if it’d be worth DW a pair of those for +6 Vengeance and two lots of the more multiplier. Especially if you could get some melee crit and flat damage as legendary affixes.

Love the leveling unique the souls catalyst curious if you can reach 100% on the damned chance if you get lucky. curious see roll ranges on it! Renegades will now I can play Vengeance again @LizardIRL vengeance buff finally too bad not crit base weapon though XD gotta find that LP boy!!

That catalyst is rolled very well but none of its rolls are quite perfect.

The first mod has a roll range but the mods are always those 2.

and I thought that was a Void bow lol.

It looks very likely to pair very well with Nightbrigner (Void Quiver), which would totally warrant the low base dmg, because you get more than enough from that quiver already and you can utilize the Charges and Ward very well.

I don’t think you can dw maces on sentinel

So Singulaity only works witrh hits (no DoT) and I can’t crit with it equipped? For a not-so-big 12% more dmg? Why would I even want to sacrifice an idol slot for that?

The Catalyst is interesting but… on kill effect? So useless for boss fights. Or I have to use WS on my skillbar. WS is very low dmg skill atm to be honest

The Vengeance mace… it looks awesome but same problem as with WS - Vengeance damage is low. And it is not viable on its own in high corruption monolyths. To say it is moslty used for its damage reduction would n’t be an exaggeration.

Singularity art is insanely cool, but that effect seems underwhelming? I can’t think of a hit-based build where you’d give up crit for that amount of more dmg. Hmm

The example of singularity provides 12% more hit damage to all hits. Crit as a baseline offers 5% chance of 200% damage, which is an average of 5% more damage, however far less reliable in when you actually get more damage. Crit can certainly be scaled higher than what singularity can offer.

However singularity is intended to fill a place for builds that may use slower more powerful attacks where having unreliable crit chance can be unfriendly, or for hybrid hit/dot builds which don’t want to invest passives and affixes into crit. Or even to run until you get to a point that your crit can out-scale the damage singularity offers.

It’s not designed to be a be-all end-all damage boost to all builds, but provide a boost to certain builds in leu of stacking crit affixes for the cost of a single 1x1 idol slot.

Or even to run until you get to a point that your crit can out-scale the damage singularity offers.

Ok I got your point. Thanks for the explanation. Just lvl 40 requirement for Singularity is too much. As you intend it to be used as (among other options) a levelling item (run until you get enough crit chance / multi) maybe lower the level requirement to lvl 20?

It’s not designed to be a be-all end-all damage boost to all builds, but provide a boost to certain builds in leu of stacking crit affixes for the cost of a single 1x1 idol slot.

Yeah, for a hit build that isn’t going crit it would be pretty decent. And not going crit could save a decent number of affix slots/passives/etc.