With each patch we add new content and improve what already exists in the game. It’s no secret that player characters are among the oldest assets. The Sands of Majasa Update brought an update to the Primalist model, and the Eternal Legends Update will continue this trend with improvements to Sentinel, Acolyte and Mage.

As we mentioned in Primalist blog, we’ve also changed the topology of the models, which has improved the look of many of the animations and also affects the silhouette and detail of the characters, which is most noticeable on the face.

In the case of Mage and Acolyte, we didn’t want to completely change their appearance. We tried to keep the main features of our characters and focused mainly on visual quality improvements. We want you to still recognize the characters after these changes and we want to bring them up to our current standards.

Let’s take a closer look at Mage and Acolyte. 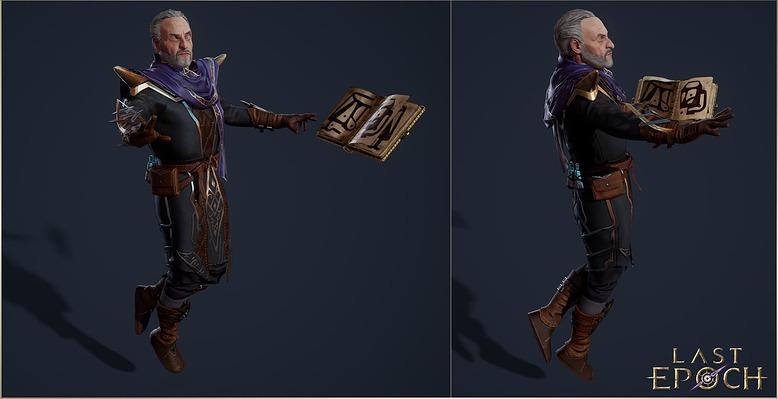 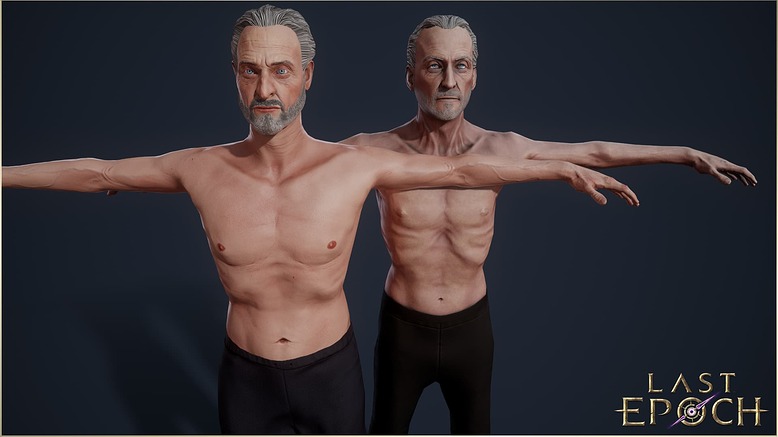 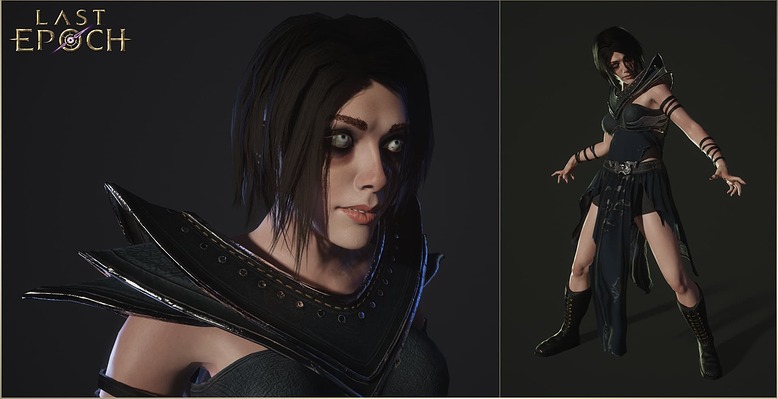 A few weeks ago we published a blog about a new model for Sentinel. It has not escaped many of you that in the pictures we used, the upper parts of the legs and the area around the waist didn’t look as it should. At that time, the model had not yet been implemented and was still being worked on. We have since corrected the problems with the skinning that caused these seemingly incorrect proportions. 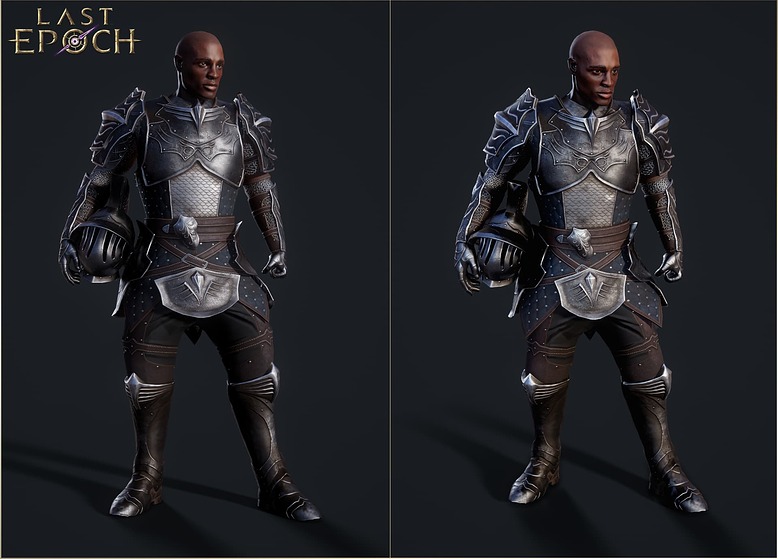 Left: The image we shared a few weeks ago. Sentinel has incorrect proportions around the upper legs area. Right: New proportions after skinning issues were fixed.

Our work on the characters does not end with these changes. The Rogue model will also get some improvements, but we know that many of you are waiting for more variation of our characters’ looks when using different Armor sets.

Sentinel will get two new Armor sets in the next patch and we are working hard on more. Here is a preview of just a few that are already in various stages of development and we hope to get them into the game as soon as possible.

Please keep in mind that real game assets may differ from these artworks. Many times changes have to be made for both aesthetic and technical reasons, or they may not make it into the game at all and be replaced by a different design. 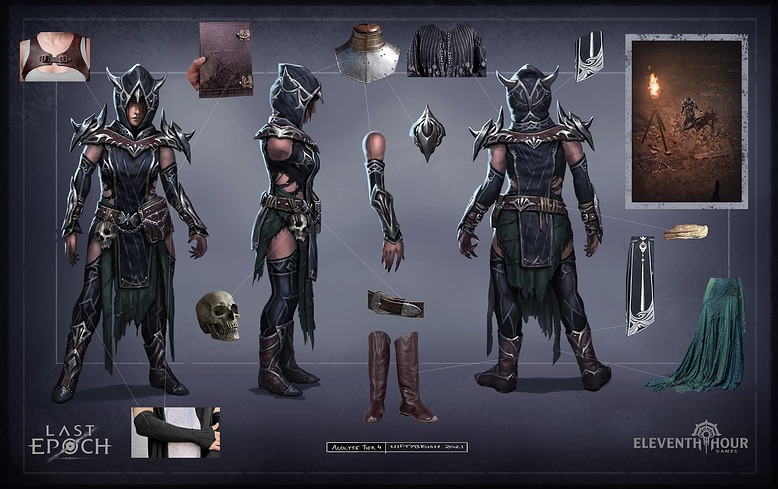 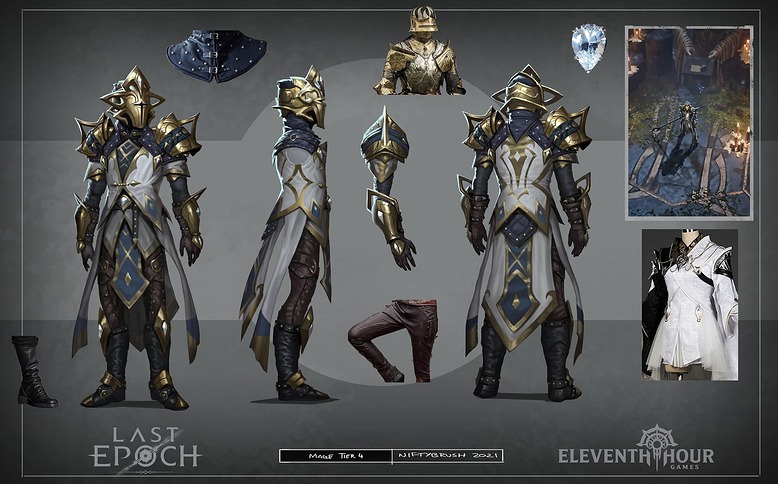 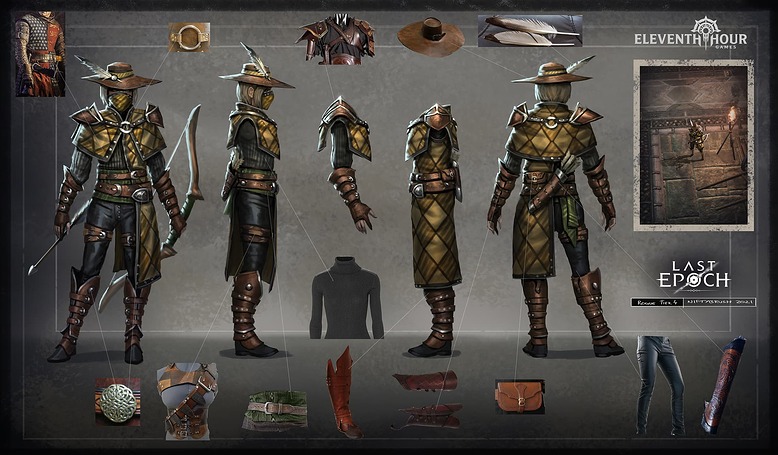 We hope you enjoyed this sneak-peek of what’s in store for you in the Eternal Legends Update and beyond. Don’t worry, we know what many of you are waiting for and what you want to know more about. We may have some lege… ehm… very interesting information ready for you tomorrow!

Wow those look much improved!

I really like the look of both the Mage and Rogue set. The Mage set gives off that Arcane/Cosmic type of feel with the ring around the helmet and the Star & Diamond pattern going on.

The Rogue set almost looks a bit Desperado-ish especially with the feather on the cap.

As we mentioned in Primalist blog, we’ve also changed the topology of the models, which has improved the look of many of the animations and also affects the silhouette and detail of the characters, which is most noticeable on the face.

Does this mean, animation will look better with the new models?

But they are not re-done?

Can’t wait for the new Acolyte Armour sets, hopefully they will come with the next patch after 084!

The Sentinel still has the TINIEST HANDS EVER!
He couldn’t hold a stick, much less a sword or a hammer.

O_o that acolyte face is so creepy! @EHG_Dodo Now you guys can´t spare no effort for future reaper form to make it compete…

This is too bad, honestly. I feel like the old model had a lot more personality. The new one is too genetic.

That said, it’s not that big of a deal, I think the only time we see their faces in in the character selection screen.

They all look great, love all new armour sets as well. Nice work

I love how much personality the mage has in those pics! Wonderful. Really well done.

Oooh I REALLY like the artwork for the rogue set

Not sure if I like new acolyte face more, but everything else is great!

I personally like the new acolyte remodel, but I had hoped for a more drastical change of the mage.

This looks magnificent. That Rogue armor looks fantastic! I love it and I don’t normally play rogues.

I’m not a fan of the new acolyte look. Might as well just increase the old texture detail.

So much content coming, thanks for all the hard work guys.

Definitely looking forward to more appearance customization, though what we got is great.

I really hope that some day we get gender options.