New Model and Armor Sets for Sentinel coming in 0.8.4

In the October 2021 Development Update we revealed our plans for Patch 0.8.4 and beyond where we talked about our ongoing efforts to increase the visual quality and fidelity of the game. New character models are an important step for the future of Last Epoch. The upgraded models will increase the fidelity of the characters, and lay the groundwork for facial animation support during key story moments in future updates.

The Sands of Majasa Update brought an exciting new Primalist model and armor set - something you can continue to look forward to in our next update. Next up on the remodel, the Sentinel!

In addition to the new model, the Sentinel is getting two new armor sets. Say goodbye to his starter armor set, one of the oldest sets in the game! In the image below you can see the replacement for our beloved and internally coined “bucket-head armor set”. 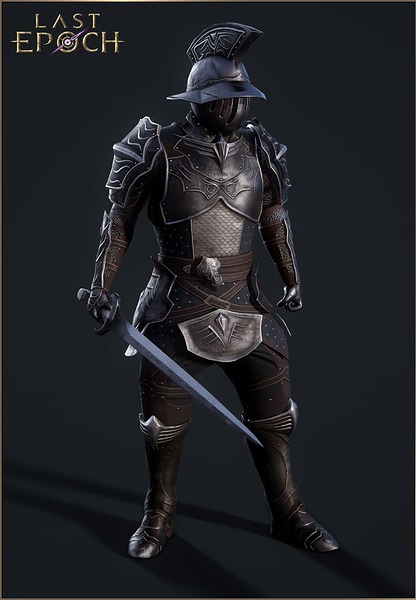 Sentinel_AS11000×1440 74.7 KB
The second Sentinel armor set coming in Patch 0.8.4 will start dropping in mid-game. Our art team has added a lot of new details to this collection, combining several materials like leather, cloth, and metal. We continue to push ourselves towards new and higher standards for our character models and we are very proud of the work done here with the Sentinel.

We hope you enjoyed our first look at the new Sentinel model and armor sets. We’ll be sharing more information and teasers on the upcoming patch through our social media channels so make sure to follow along:

WoW Very Clean! Will break this down tonight!

Waiting for Mike MTX Primalist Model, but these will do for now

People love there Races to Orobyss
But we know where the true races lay.

The Race to get off work first! I have a feeling you’ll beat me by bout 1 hour tonight!

Also. That armor looks 10x better and the model itself is much better! Love it!

I’ve been waiting for this for along time! i don’t really like the helmet and shoulders on the third picture tho not a pan of floaty looking shoulders the ones in the first two photos looks so much better but i’ll take them over the old armors anyday lol

Wow this looks 10x better than the primalist model. The gear looks like a true heavy armor beast love it!! We have Tywinn now Tyrael

Wow this is such an improvement over the current one! Well done team! Love that they look like they can actually wear heavy armor and weild heavy weaponry with ease.

One thing: Anyone else think the hands are quite tiny compared to the rest of the proportions?

My sentinel getting some love <3

He looks great. The shave was a nice move, that’s a nice lookin’ head.

Now re-primal the Primalist, give the Rogue the red hair she deserves, bring the Charles Dance slider a liiiiiitle more to the right for the Mage, let the Acolyte’s quarantine haircut grow out, and we’ll be set I think.

the hands and the legs are tiny compared to the rest.

The rest of the model is quite good though

Yessssssss! Yeeeah! That’s the sentinel! Finally he looks like someone who could wear an armour! Awesome! Definitely will try him again after remodel!

Good to see the progress, but I have to agree with some of the previous comments.

The limbs are too short and the ridiculous shoulder pads of the second armor set are basically floating… not very fond of it.

Yeah, the proportions do look a bit, odd.

I’m gonna be blunt here, sorry if i sound a bit aggressive. The original model, including the floating shoulderpads are so soooooooo bad that this is a significant upgrade over it. But this, quite obviously is not a human body. It simply isn’t. Those thighs, overall leg shape, arm length, size of hands, even the ear position (slightly) are all off and i can’t understand how any art director would approve this. Primalist was also a disappointment for me.

Another disappointment is that we are getting only Sentinel model next patch despite we are clearly told that we are getting all the rest of the classes remodels next patch in the recent roadmap blog. Guess i have to wait 2 months for this, plus 3 months * 3 classes = another 11 months to have mediocre looking models.