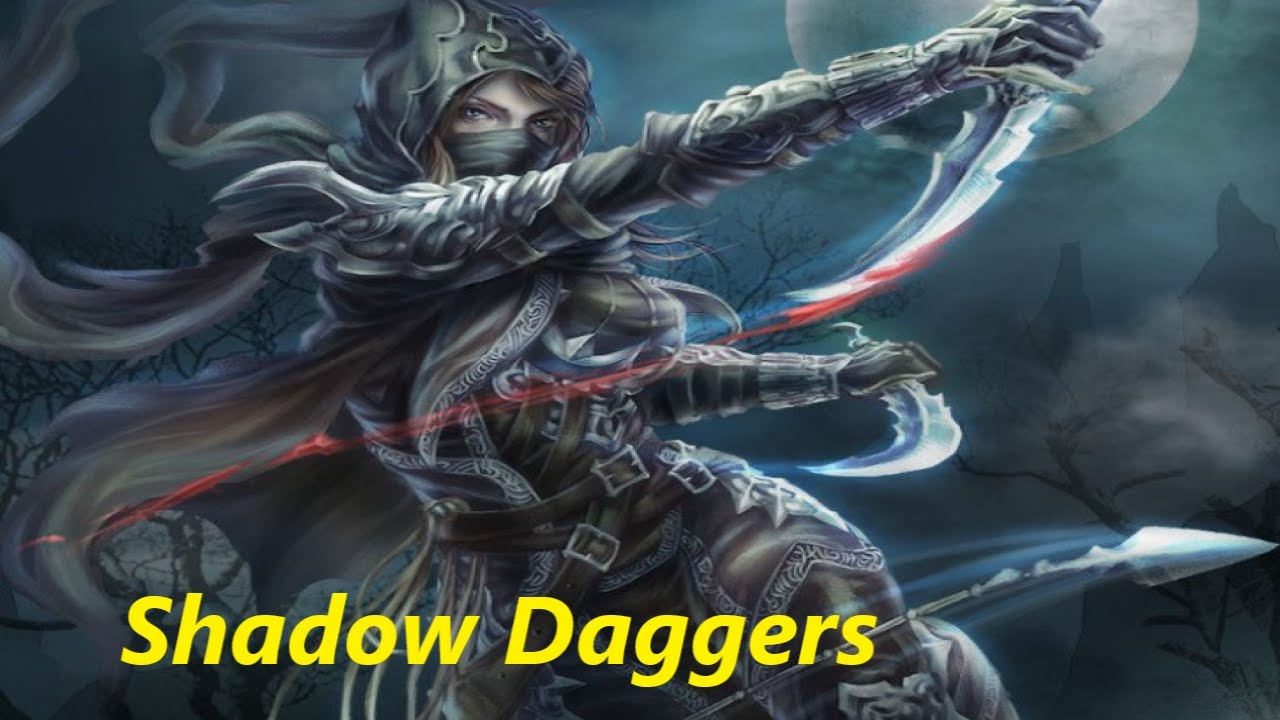 Thanks for the update to this Boardman. Shadow Daggers is probably my favorite Rogue mechanic right now.

Hey Boardman, first of all, as a new player I would like to thank you for all your guides, great stuff, keep it coming - it helps a lot.

As for my question, as my first char I am levelling a rogue right now, and want to transition into Bladedancer and trying to decide which sort of build to aim for.

I like this build and your Synchronized Strike Final Form Updated and Still OP 0.8.1b build.
Does the Sync Strike Final Form still work in 0.8.1c? Which of the two builds do you think is better for a newer player?
And what would you say are the main differences in play style between the two builds, having a hard time to understand that.

Shadow Daggers and Synchronized strike work very different and scale differently but as for playstyle there pretty similar as your just using Syn strike and Shadow Cascade in melee range of mobs.

Both builds are still viable

Hmm. I want to say that in difficulty for a new player there about the same. It really comes down to using it and reading the Tooltips to understand exactly what your doing for both of them. Shadow Dagger might be a bit more difficult to gear for to get towards the min max version of 2 daggers instead of 4 for proc

Thanks for the fast reply.

Yeah that makes sense. I guess one of the main differences I can see in terms of actually playing/casting is that in Sync Strike build you do actually trigger Shadow Cascade yourself whereas with this dagger build you are mostly going off the auto triggers?

In terms of scaling this builds Shadow Daggers overall damage output, what would you say is most important, increasing the amount of damage each shadow makes (as your focus on the idols etc shows).

And which of the two builds do you think is tankier/has more room for error?

There both running pretty defensively. Shadow dagger might be a little more tanky.

Cool I understand, thanks.
Final question for now, is Dark Allies not worth having due to the huge Mana Cost increase, despite giving more shadows?

Thanks, one more question, do you think Hidden Blades node in Shift is helpful with the 100% chance to proc a Shadow Dagger? Would that allow me to get the crits quicker?

It is indeed useful

Would u say that this build or Final form SS is better for echo clears?

I want to say this one. And this has more potential as you get better gear

But is this one harder to gear aswell? kinda seems like it is with mana efficiency on gear and stuff like that. and also, do the SC daggers scale with both throwing dmg and melee dmg even when u take away the melee portion of the skill?

Yes the daggers keep the tags, and this build is “harder” to gear for

I am loving this build so far. I’ve started LE like a week ago and this is the first build I’ve tried so far. I am a veteran aRPG player - coming from 2002’s D2, PoE and many other games, BladeDancer does feel like a fresh breath of air and a very fun class to play with. Tried few different variations on SS/Cascade but so far, that build seems the smoothest gameplay.

To gear up the character, it didnt really seem that “hard” - more like, if you understand the mechanics behind “abusing” very specific lootfilters, gamble and the crafting system (scrolls&craft crit chance), you should be mostly fine.
Lv93, 230+ Arena and 10/10 Empowered Echoes so far.
Thanks Boardman21 for the build, works GOOD!

Hey thanks for this Amazing Guide and Build.
I’ve got a question about the “increased Shadow Dagger Effect” i only got a Chest with this mod and just 49%, i still need 4 Daggers to procc the Dmg. Also sometimes it seems like it doesnt deal dmg at all, is it a Bug?

The breakpoints are 50%, 150% & 250% to reduce the number of hits required by 1 each time. Any values inbetween those breakpoints also count as a more modifier.

There is a but report about Puncture with a bow not dealing damage with Shadow Dagger procs outside of melee range.

Why isnt this working with bows? [image]

Oh okey it is only reduced by one, thats why I didnt noticed a difference with 49%

With 250% does every attack that applys Shadow Dagger deal the Damage? And also is there any ICD on each enemie or could you deal damage multiple times with Shadow Dagger?

I dont know what counts as melee range in this game. I was trying it with Shadow Cascade and did stand next to the Trainings Dummy

Yes, if you have 250% then every hit procs the damage from Shadow Dagger, it has no ICD (but it would be limited to how fast you could hit things to proc it).