Today is an exciting day to be part of the Last Epoch community!

First off, thank you for being so patient while waiting to hear what is in store for our next big update. That wait is now over, and your patience is about to be rewarded.

Today we are revealing that patch 0.8.5 - Depths of Eterra is only 9 days away, releasing on March 18th. WHAT? 9 DAYS? Fire up the hype train!? We hear you, and we agree. This patch cycle we decided to take a different approach in the way we announce all the cool new things that are coming: We’ve packed them all into a Non-stop, 9 day, Extended Hype Week, Patch Extravaganza *TM. Ok, we are still working on the name.

What does this mean for you? It means that starting today, you’ll get new updates, features, or reveals everyday for 9 days until we hit patch release! To kick off this Non-stop, 9 day, Extended Hype Week, Patch Spectacular *TM we are starting with an overview of patch highlights, and when you can expect more details on each of these highlights. 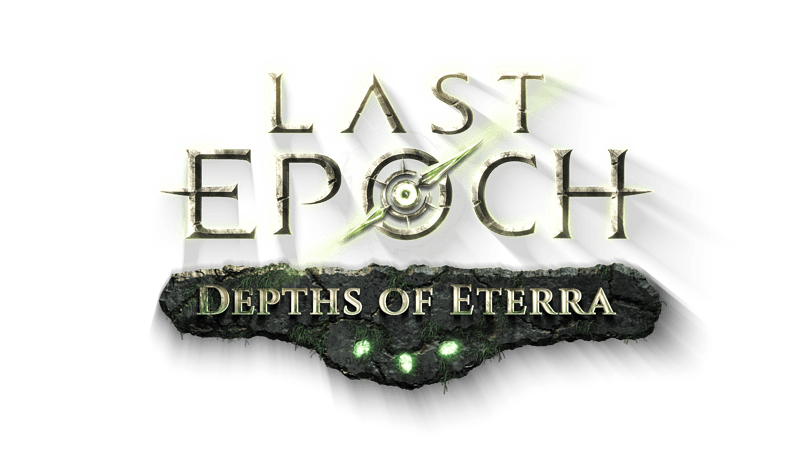 The Depths of Eterra hold many slumbering secrets and waking dreams. On March 18th, new passages open filled with bellowing fires and necrotic energies, the mountains themselves seem to quake to life, and amongst the chaos, those focused on fame and glory within the walls of the arena will find fierce new foes staking their rights to the name Arena Champions.

In patch 0.8.5 join us in exploring two new dungeons, and face down the fierce new Arena Champions for fame, glory, and well earned rewards.

As patch 0.8.5, Depths of Eterra, is introducing the second and third dungeon to Last Epoch, we want to go over what makes a dungeon a dungeon, what the goals of the dungeon system are, and the future of dungeons in Last Epoch. Our goal with dungeons is to provide repeatable endgame content that exists within the world of the campaign. This means dungeons can, and will, be added to all sorts of areas within the campaign, and you may even be able to encounter dungeons fairly early on.

With dungeons being designed to show up throughout the campaign in Last Epoch, each one is also created with the ability to scale multiple tiers, starting from whenever they first appear in the campaign, all the way to level 100. This allows us to add, through playable content, more lore to the world, as well as provide challenges and rewards for new and experienced players alike.

As these dungeons are added as part of the core world of Eterra rather than being a “side mechanic”, and their lore true to the timeline of the campaign, these dungeons also allow players to play through the campaign using different paths. Rather than each character always following the same quest-to-quest path to get through the campaign reach the “end game”, with the right keys subsequent characters can instead enter a dungeon at one point during the campaign, and end up at a different part of the campaign. This results in an opportunity to have unique and customizable playthrough experiences.

Each dungeon is designed to have its own unique mechanic as well as its own unique rewards. While not all of these rewards may be as “game changing” as Temporal Sanctum’s Eternity Cache, each reward mechanic will provide a distinct method to fuel your character’s progression.

We plan to continue to add dungeons to Last Epoch for as long as we feel there is a good place for them in the world, and we feel we have a good way to implement a new mechanic and reward. However, enough dev talk, we know you’re eager to hear about the new content to explore in patch 0.8.5, and we’re excited to share.

With 0.8.5 we’re going to be adding a number of new Uniques to Last Epoch, continuing to bolster the existing roster. Make sure to keep an eye out for this post to get a peek at some of the new unique items!

North of Lake Liath in the Imperial Era, a Lich of the Immortal Empire has unearthed the remains of an old Osprix battleground. Here he has discovered countless Solarum-made constructs and dangerous supply of potent elemental fire. Understanding the power of what he has discovered, he now works endlessly repurposing the constructs for use by the empire and experimenting with the elemental fire to create a destructive resource know as Soul Embers.

Explore the dangerous excavations of Soulfire Bastion. Put an end to Fire Lich Cremorus’s destructive intent, and don’t forget to fill your boots full of Soul Embers for your trouble. There is more than one individual in Eterra that sees the value in what has been discovered here.

Catalysts have been reworked, both visually and mechanically. These changes present a significant improvement to equipped item rigging, and provide more versatility within the catalyst item type. There is now more options within Catalysts for implicit selection, as well as helping provide for a better gearing system with more options when comparing with other weapon setups.

We know you want to look as powerful as you feel out there in Eterra, and we are committed to that goal. We are introducing updated 3D models for 25 existing Uniques! Join us March 13th to see your favorite Unique items that are being brought to life in-game! 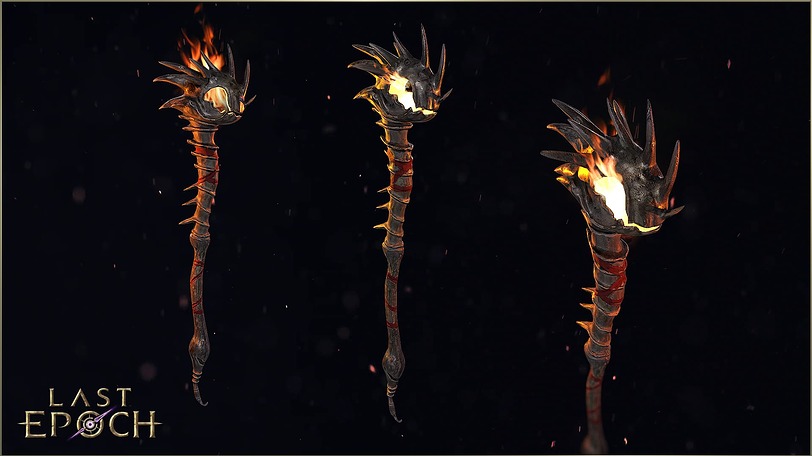 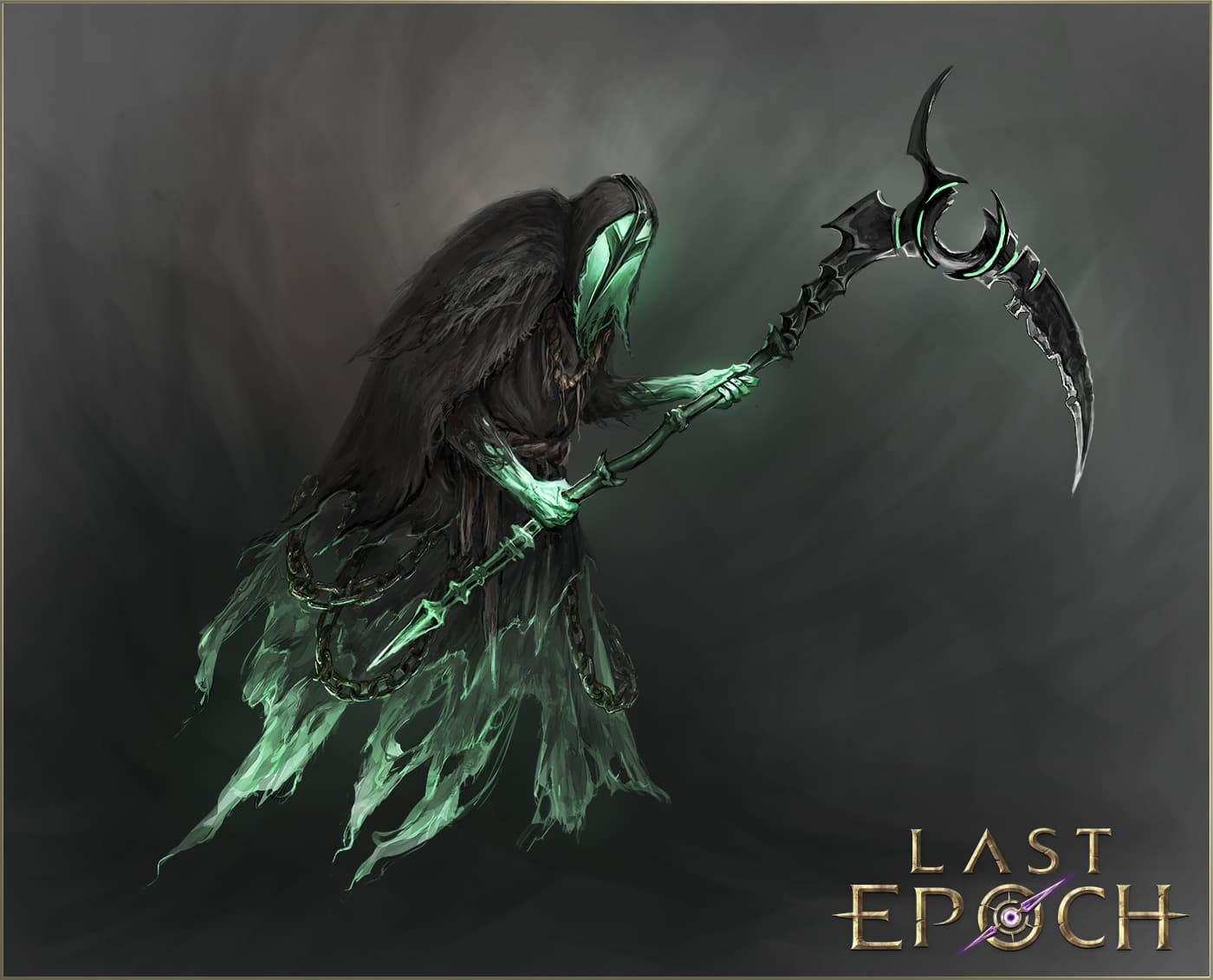 0.8.5 - Depths of Eterra will continue to add to our roster of distinct armor designs. Keep an eye out for this post to get a nice view of some of the new armor sets you can collect for your favorite class. 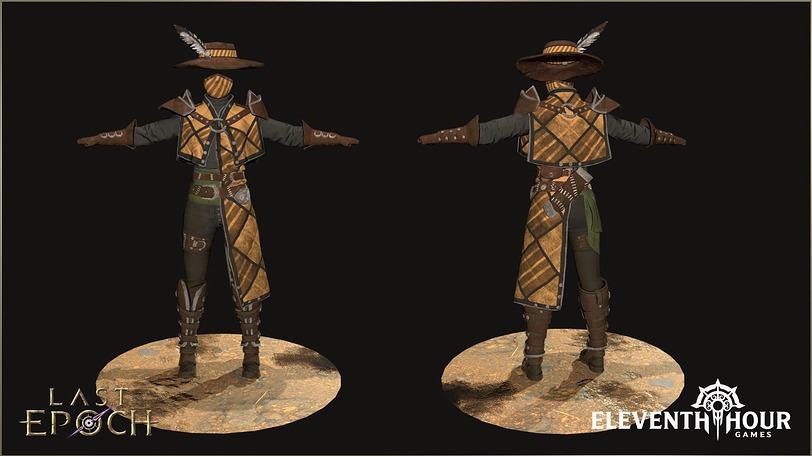 Jormun’s Fortress, once abandoned for years, has seen renewed activity in the Divine Era. A mysterious portal has opened within its walls, taking brave explorers to arenas around the world to face hordes of deadly enemies. While feared at first, these Arenas quickly became a way to prove one’s ability in combat, and with that it drew the attention of the most talented fighters across Eterra. Over time the fortress adopted a new, more fitting name: Champion’s Gate.

The thrill of the Arena is a calling that speaks to each of us differently. Competition. Glory. Renown. Respect. While some can not hear the call, others in Eterra believe it to be an essential path of growth and a way of life. Others though, are drawn even further towards the calling and the quest for glory is all they now see. They remain within the Champions Gate, refusing to return to Eterra, waiting to finally find a worthy opponent who is capable of a proper fight, and a proper death.

Eterra’s history holds many secrets - some stretching so far back that they fade into myth. Such is is the case of The Lightless Arbor and The Mountain Beneath. Now, deep in the Ruined Era, during Eterra’s darkest hours, humanity will have to pay the price for that lost knowledge. Deep under the mountains that house the Last Refuge, there is an underground forest which has hidden away creatures and relics dating as far back as before the Ancient Era. One of these creatures - a massive construct made of plant and stone, has awoken - his lumbering beneath the Last Refuge threatens to cause a cave-in that would bury humanity’s last light.

Venture deep into The Lightless Arbor, walking paths untouched by sunlight for over a thousand years. Find safe passage through the dark forgotten forests and caverns, eventually confronting The Mountain Beneath. Within these depths, discover a mysterious vault; which unknown to the world for so long, still holds vast stores of unknown treasures.

On the 17th you’ll be able to get your hands on all of the juicy details of changes coming in patch 0.8.5 Depths of Eterra.

On the 18th, the passages open, the mountains lurch to life, and the champions stand awaiting challengers. Get into Last Epoch and discover these challenges, as well as their rewards.

With this patch preview concluded, we come to an end for today’s news and announcement the Unbroken 9 day, Extended Hype Week, Patch Spectacular *TM kickoff! Make sure to keep your eyes on our socials, as we will be continuing with tomorrow’s post on new Uniques in 0.8.5 - Depths of Eterra!

Here’s a summary of what you have to look forward to for the next 9 days. See you then Travelers!

Announcement on my birthday. Just what I wanted <3

Sounds good, can’t wait to try out the new dungeons.

Nice! Still waiting for the multiplayer to play with my brother!

Going to have a lot to do by the time co-op comes around.

Excited to see what the new bow is! I really hope its a physical crit based bow, it is a sorely missing unique!

“One of these creatures - a massive construct made of plant and stone, has awoken”

I been waiting for this… since the first day I saw him…
Pog!

I’m ready to get crushed

Is it cool to say I’m scared? Because, I’m pretty scared.

i look forward to the 9 days of christmas i mean HypeMas great post. ill be watching

good things come to those who wait (interminably lol).

I’ve been coming back to the game for a bit at least whenever a new update comes out and loving all the progress you have made so far since I first played.

Really looking forward to checking out the new dungeons and everything else as well!

Looking forward to the diversity of dungeons as well as their mechanics they add! Can’t wait to start working on new builds! <3

Y’all gonna make some significant performance tweaks? Please? I’d love to be able to rum this game at 4k.

We are constantly chipping away at the ‘make it perform well’ task each patch, including this one. We are also actively hiring full-time developers and artists who’s primary goal will be performance. We recognize that it is one of the most discussed aspects of the game and are treating it with equal attention.

One of these creatures - a massive construct made of plant and stone, has awoken

I wonder If this is the big monster thing we see walking after we leave the last refuge and cross the cliffs??? In the sheltered wood

I sincerely hope so, that was what I thought of when reading the post.

Same. That would be exciting