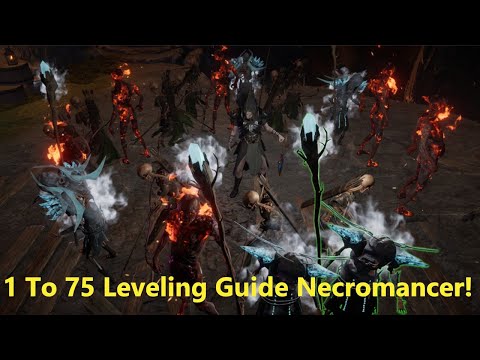 Now that your leveled up, try a new build

Check out the Boardman21's LE Builds community on Discord - hang out with 2,282 other members and enjoy free voice and text chat.

I’ve been doing a similar Skeletons + Mages + Volatile Zombie build myself; though my build is focused on Necrotic damage as opposed to Cold damage, it’s awesome to see the minion army tear through things.

Since the debate is rather rampant through the forums, I’d like to ask your opinion about Dread Shade. I saw through your video around Level 49 that you use it mainly for the Speed and extra buff bonuses, so that your other minions can get around 90% total speed when the Shade minion is about to die.

Do you find it clunky to repeatedly have to choose a minion to effectively kill it off so the other minions can get the boost? I view it similar to Summon Frenzy Totem in that you have to cast it over and over again since you can easily re-summon your pets after they die, but with less QoL since you have to manually select which pet you want to kill off.

Since my build’s focused on Necrotic damage, I’ve been using beefed up Wraiths (with all the flat Necrotic damage bonuses) over Dread Shade and using their Decay to summon more Volatile Zombies, as they’re my main source of damage. Do you think Dread Shade is that much more worth it than 10-15 Wraiths?

Do you find it clunky to repeatedly have to choose a minion to effectively kill it off so the other minions can get the boost? I view it similar to Summon Frenzy Totem in that you have to cast it over and over again since you can easily re-summon your pets after they die, but with less QoL since you have to manually select which pet you want to kill off.

I dont find it clunky as i just place it on autocast and just keep an eye on my minions total number. if a minion dies i just resummon it, which i find even less annoying that trying to stand on a companion trying to revive it (although companions die way less often now)

For this build dread shade gives UP to 89% attack/cast speed and 119% MORE damage to minions. Doubling the attack speed and the damage of 15 minions i believe is more worth it than have 10-15 wraiths, but either way is viable.

Thanks for the response. I have a raw feeling from earlier in testing that a lot of skills and node combinations end up being “n00b traps,” where it gives the appearance of being different from the standard skills, but ends up being worse in every way. Since Dread Shade takes off more and more HP every second, the bonus begins at X more damage and 45% more speed and builds up to those numbers you’ve mentioned above until the pet dies off. Since you can summon multiple Shades, I assume you’re at the upper level often since at least one of the pets will be at that near-death stage and the shade’s big enough to surround the majority of the pets.

I have my thoughts on how multiple skills could get re-worked, but then again, I’m not the one risking my paycheck on developing this game; once the multiple end-game systems and multiplayer hurdles get finished, hopefully we can pool suggestions for skill improvements that the devs could take serious time to implement.

Hi, new to the game, loving it so far!

Tried out your guide, super helpful to get a good starting idea of the game.

Few questions if you don’t mind:

At level 49 we pick up Dread Shade, but, its never on your cast bar in your video. How does this work sorry?

Also, with rip blood being supposed to be cast on your own minions, am I supposed to cast it at all times, or only when they are missing health?

Dread shade Can go on your bar when ever you want to start using it, i didnt place it at 49 since i didnt start using till about 65 when i had the cooldown on it and the skill mostly filled out to work the way i wanted.

You can cast rip blood whenever. It doesnt heal minions. Just gives them a boost of damage and attack/cast speed.

Thank you, and thank you for the reply!

Okay I skipped a bit ahead in the video, I see you replaced the golem with it. Makes sense, thank you for the guide and help.