Who doesn’t love a good Spin-to-Win? Warpath is a longtime fan favorite skill and we’ve taken a lot of your feedback to make this skill even better. Patch 0.8.3 brings major adjustments to the Warpath Skill tree, giving players more freedom and exciting ways to play.

One of the most common things we’ve heard about Warpath is that there aren’t enough ways to reduce the channel cost without heavy point investment within the tree, which severely limits interesting ways to build Warpath. The new Warpath skill tree offers easy access to mana cost reduction early, while still having plenty of transformative nodes without being forced into increasing channel cost as a downside.

In addition to channel cost changes, the new specialization tree has a heavy focus on fire and void elements as well as a wide variety of options to support other play styles. We also took this opportunity to improve and add new visual effects.

Values have been omitted as we are still balancing the skill. 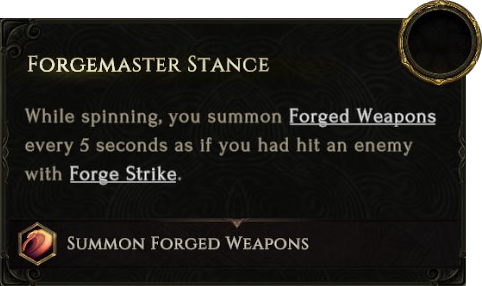 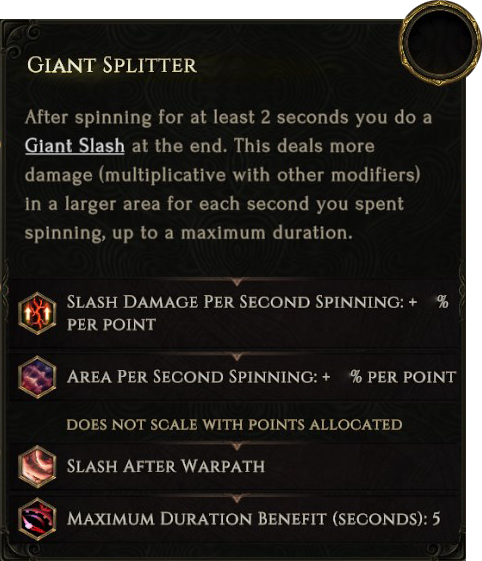 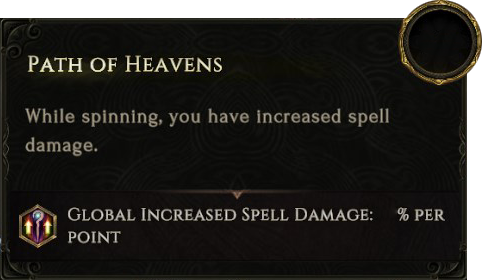 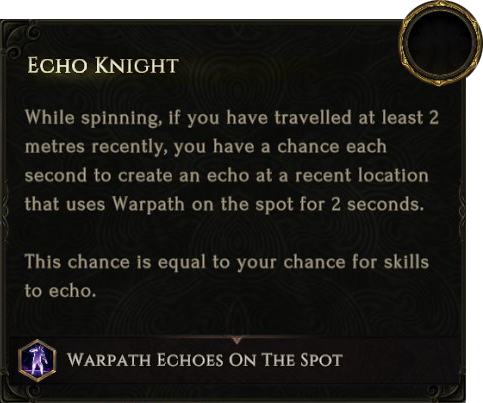 In addition to channel cost changes, the new specialization tree has a heavy focus on fire and void elements as well as a wide variety of options to support other play styles.

I always didn’t enjoy warpath because it lacked void support.

The current 2 “void branches” are cool in their own right, but they don’t fit alot of builds.

The Giant Splitter node looks really interesting and would incentivice maybe even taking a few other melee attacks that you can weave in every nwo and then, when you stopped channeling to trigger that node.

I like the effort into giving such a skill a “more active” playstyle, where the player has to do more thant just press and hold the button.

Maybe there is even a node that makes warpath much stronger, but gives it a maximum channel time? So it would serve as a burst skill? That would be awesome.

Nice! I’ve been playing a Warpath Forge Guard in endgame for a bit now and these changes look great! Excited!

Warpath actually looks interesting and fun to attempt to build around now. Gotta say global spell plus echo I got some ideas

Me too, can’t wait for the Abyssal Echo overhaul, those two skills might fit very well together

Ooooohh boy, I think I know what I might be playing quite heavily in 0.83!!

It’s so beautiful (and not just seeing Kissing spilling some beans)!

Yeah, the forge weapons node looks the most interesting to me, currently there is no cap on the amount of forge weapons you can have, but with heavy investment into MANA, MANA regen, and attack speed, you can have roughly 50 out at once on the battlefield with forge strike, which is fine. This makes it easier to summon minions, and kite while you have low MANA, or just need to keep moving for a while to avoid manually targeting risky mobs, you can now auto summon while moving instead, or combine it with forge strike, should be lots of fun.

He said Manifest weapon which is different from forge weapons.

It’s not an understatement that I am just as excited as you guys for these changes.

Current me if I’m wrong from void knight, but don’t echoes have a cooldown? Considering that point, how well will warpath be able to scale simple echoes?

Nope. They have a 1s delay, not a cooldown.

With these changes I hope that means idols will get another design pass at some point. Warpath could use some love in that department. And Shield Throw… And Hammer Throw… And something for Multistrike… Just you know, tossing that out there.

You assume wrong I’m a minion guy I will echo manifest weapon! if they allow it. i will bring glory as long as there is not a cap XD