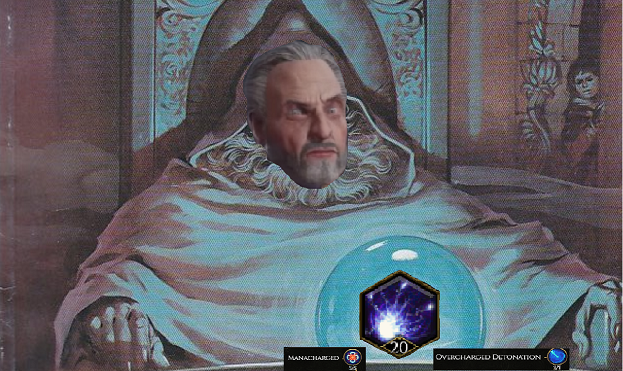 Sorry for the meme title, but I think the situation demands it. We all know that orbiting node got struck by a nerf bat pretty hard, which was hardly unexpected, of course. I never liked the orbiting build – recast orb => walk => things die in your wake – it’s way too passive for my liking.

So, I’ve been pondering my orb for quite some time, you might say. (even before the patch). I promise I’ll stop now.

So, orbiting is cool and all, but there are these two nodes:

So I thought it could mean a decent synergy with high-mana setup, e.g, the one involving the Fractured Crown.

It’s obviously not a secret that Fractured Crown builds are naturally quite tanky. But now you can have the DPS too!

(had to remove the last 2 links due to new user’s restriction, feel free to use codes)

That’s my first build posted on this forum. Hope you like

This really sounds interesting. As for the fractured crown, is there a way to actively farm that thing? I only found deprecated information on obtaining it via destructive fractures. Pretty sure this won’t work anymore.

As for the crown: there definitely WAS a way to actively farm it. And it was probably the MOST trivial unique to target farm (aside from Shade’s ring). You could get 1 crown per ~5-7 Gilded Crowns. So it wasn’t even that hard to get some very good rolls. (Perhaps EHG wanted to make it a little harder)

But right now it’s really not clear how to get it, since the new craft system doesn’t involve “fractures” of any kind. And the only random factor is the amount of FP lost on craft. So I think it probably has something to do with FP.
I tried crafting it “the old way” – i.e. by simply failing the high Tier crafts. But no luck so far. 500k in the dumpster <3

Perhaps it could be some particular combination of glyphs applied to a craft? I.e. order->chaos->hope
Although, it’s not even guaranteed, that it’s now obtained from craft at all. Perhaps there’s some other “fracturing” involved.

In any case, the EHG dev confirmed today that it CAN be obtained in 0.8.4: https://www.reddit.com/r/LastEpoch/comments/rg6z89/comment/hoircqf/?utm_source=share&utm_medium=web2x&context=3

I have a VERY strong feeling, that it might involve new Rune of Ascendance applied to a Gilded Crown.

I have a VERY strong feeling, that it might involve new Rune of Ascendance applied to a Gilded Crown.

Runes of ascendance can only spawn uniques that are world drops, or at least what the devs said was that they can’t spawn boss drops. Also, since the rune can spawn any unique from that item type (ie, helms), it would be very expensive!

Well, unless it has some specific interaction if you use it with Guilded Crown.

It needs testing though. I don’t have any of these runes yet, so I can’t confirm it, sadly

Also, according to a dev reply, it’s not as rare as some of them would like it to be:

Oh, if it was up to me how you acquire the item would be much more rare

. Trasochi is very generous to the community.

Well, unless it has some specific interaction if you use it with Guilded Crown.

Yes, this is a possiblity.

Also, according to a dev reply, it’s not as rare as some of them would like it to be:
Fracrured crown 8.4 onwards - #14 by KissingAiur

You’re attributing generosity to Trasochi when you should be attributing malice (or at the very least capriciousness) to @KissingAiur.

Gilded crown + ascendance + chaos/hope? In case of hope it works when hope triggers?

If anyone is still wondering how to obtain Fractured Crown in 0.8.4., here’s the guide by u/d3_reaper_of_data: 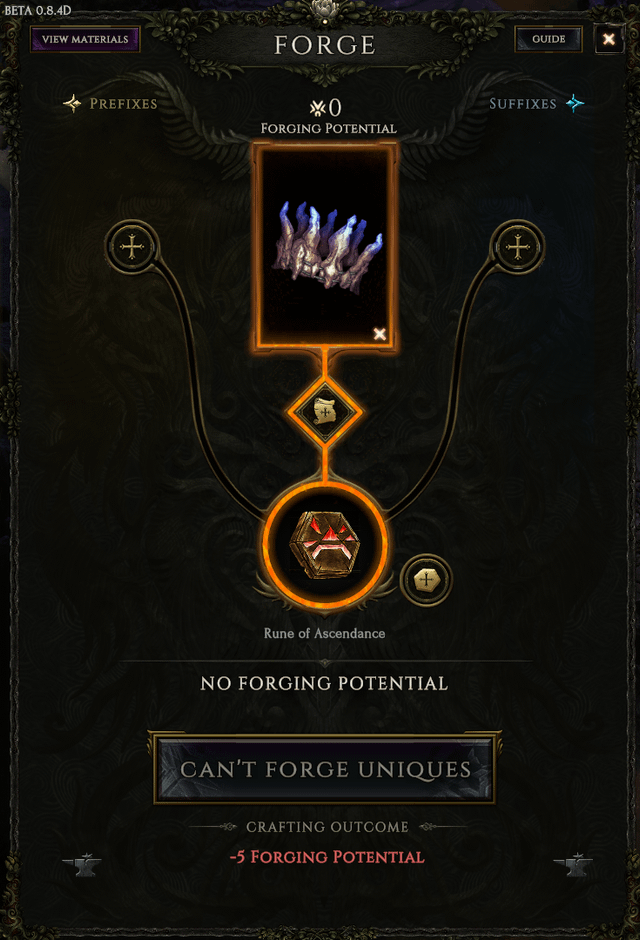 TLDR:
It involves Rune of Ascendance craft on >T21 Gilded Crown with specific "+Mana" and "Damage delat to Mana" affixes.

After a few weeks of 0.8.4 and with a new recipe for Fractured Crown, I finally managed to craft a Crown with **Legendary Potential** and decent stats. I also managed to merge it with T6 Static Orb helmet, and it got me thinking: what can I improve for those 3 spare points?

I noticed that the build struggles a little bit on T4 Julra, in cases when I run out of mana. Glacier regen on solo target is, obviously, not enough. So I thought I could try something new, which is LB synergy node in SO tree: 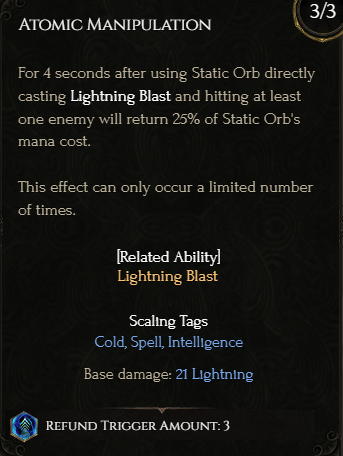 This node doesn’t seem like much for basic SO, but when your orbs cost 200 mana, suddenly getting 150 of it back in 3 quick casts doesn’t seem too bad.

As a result, my survivability and clear time on Julra improved significantly (since I’m rarely out of mana now). 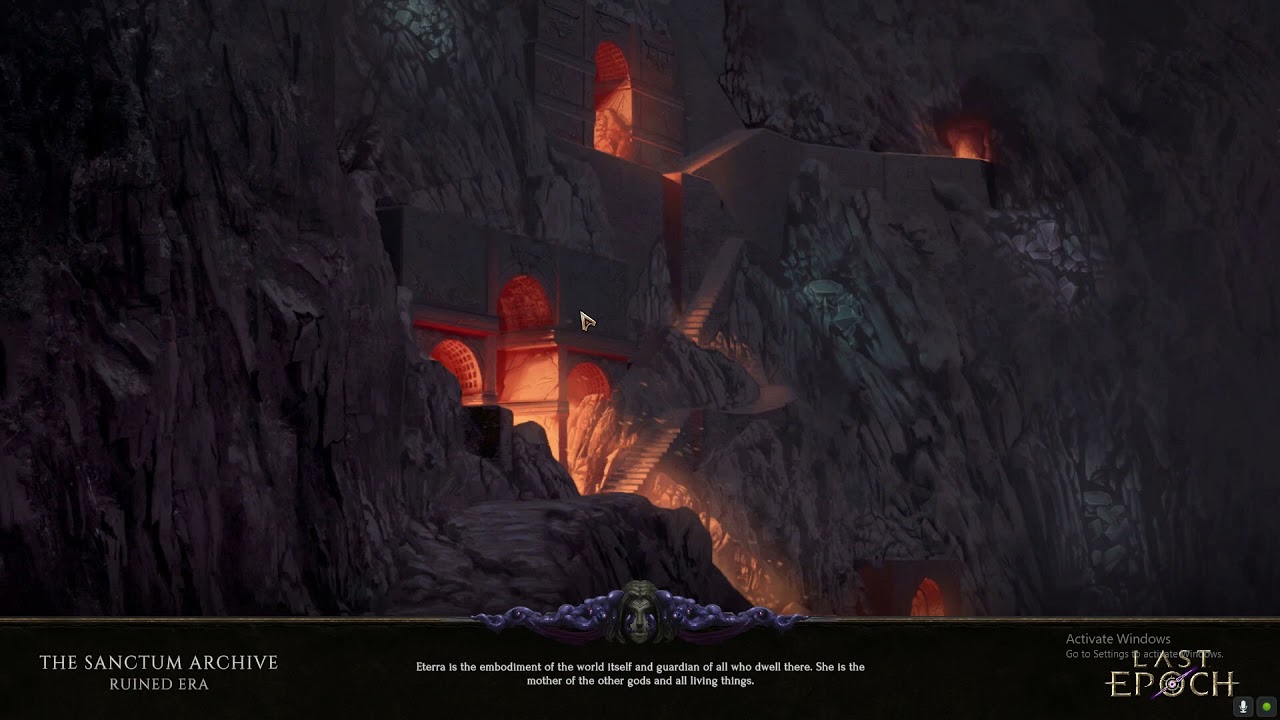 Here’s a video with the last floor of T4 dungeon and a kill on Julra in ~40s. And then one more kill on her from another run (also ~40s):