Hi, I played for a little bit today using an Xbox One controller. Overall, it feels pretty decent, but the right joystick for moving the mouse feels kind of wonky and slow. It’s sort of hard to aim skills on the fly and navigating menus is kind of a nightmare. Is there anyway to disable the mouse icon and have us use the left joystick to move from item to item in the inventory automatically, kind of like Path of Exile on consoles? The same thing would help for casting spells etc, just remove the mouse icon and use the left joystick for moving and aiming based on what direction your character is facing. Like on a console, you just move the left joystick in a direction and your character starts walking in that direction without clicking. The A function would only be needed for clicking on items, menus, and waypoints basically. Or is that not really possible on pc? Grim Dawn has the controller setup how I’m talking about on PC for the character movement and aiming. The only wonky thing with Grim Dawn is using the right joystick within menus. Maybe take a look at how it is done on there.

The way the controller play is right now, I definitely prefer mouse and keyboard.

No problem. I just figured I would give you guys some feedback on how I feel it is at the moment. I look forward to seeing how it changes. Thanks for all the hard work.

I’m just going to pony off this thread for some of my controller feedback (I was using the steam controller).

Could use some love:

A little bit of background: While I have played Last Epoch since the Kickstarter campaign and also play Grim Dawn on PC, I am first and foremost a console RPG player. I have many many hundreds of hours in Diablo 3 on Playstation 4. In addition, I have played the following on PS4:

And most recently Path of Exile and the closed beta for Warhammer Chaosbane.

The biggest difference between these games and how controllers are implemented vs. the way the controller is used on the PC is the lack of autotargeting AI on the PC. The PC implementations still try to force manual targeting, which works with mouse and keyboard, but is all but impossible on a controller, or at the very least comes off as a clunky, halting/stuttering experience that doesn’t work at all when quick actions are required.

What is needed, in my opinion, is autotargeting when a controller is being used. I realize that this may be a whole new level of development compared to what was envisioned, given the possible complexity of target-selection algorithms, but manual targeting while using a controller just isn’t feasible. Without autotargeting, the controller user experience and functionality is crippled IMO.

Hey guys, Dario here!
I’ve been taking care of the controller implementation in the game and I’d love to hear more opinions on the current system so we can iterate on that.

For this purpose this topic is now the place to leave your feedback on anything controller related.
Thanks to everyone who left their feedback already and thanks in advance to anyone who will leave it after!

Nice idea, but i don’t know, for me the controller support, not working

Its work but not very good, i canno’t move, but some touch work, wierd haha

Nice idea, but i don’t know, for me the controller support, not working

Its work but not very good, i canno’t move, but some touch work, wierd haha

Which controller do you have? What Operating System are you using? Have you used that controller in another game, just to rule out the possibility of it being faulty?

Nice work on the controller support so far Dario! I think after seeing other people’s posts on this thread also, I think the main thing that we need is some sort of auto targeting feature or at least, where we can aim in the general direction just by making our character face in that direction. Using the right joystick as a mouse for aiming is too clunky when trying to move with the left joystick and also trying to press a button for an attack simultaneously. I’d say further development should start there.

Yep the controller work fine with any other games. I run Windows 10 Insider Preview Build 18865. My gamepad like 360 controller. And this is my controller : https://www.amazon.ca/gp/product/B07MNVC355/ref=ppx_yo_dt_b_asin_title_o02_s00?ie=UTF8&psc=1

Thx for fast answer, and sorry for my bad english !

Humm, i don’t know for this, maybe dinput, im not sure.

Take a look here, see if it helps 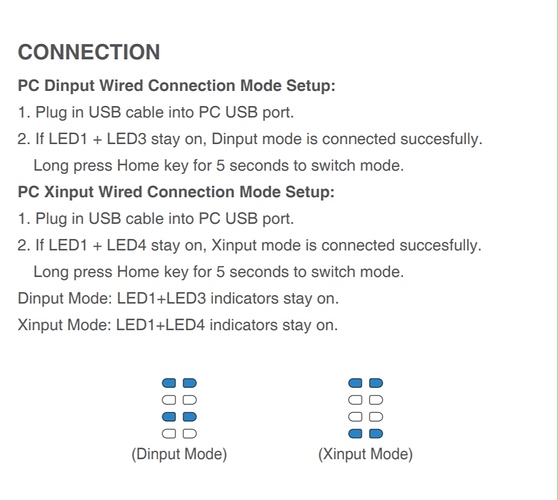 Ok it work now, but cannot move up and down, only left and right xD All other touch work, but no touch work for confirmation, of equip, or unequip in inventory. In chat npc, cannot close the windows thx

So I have to agree with the other comments here. Aiming abilities with the right analog stick feels awkward and clunky to use. Some sort of target assist system for controllers would be awesome! Something that maybe targets the closest enemy to the player, based on which direction the player is facing. This would be a huge quality of life improvement for anyone using a controller!

Is there not a way to buy items from the shops while using a controller? I could have swore I used like every button to try yesterday, but I had no luck and just used the keyboard and mouse to buy items temporarily.

Yeah I was not sure either. I ended up just using keyboard and mouse as well for the shop.

It looks likes movement controls are not working with Warpath. Using an XboxOne controller in Windows 10. Using a mouse works fine for pathing but if I try to move with the control stick while spinning it seems to sort of choose a random direction.

Hey guys, thanks for reporting the issues.
I can confirm that the shop is not working as it should with a controller.
Warpath now uses the pointer as “target” though it definitely requires some attention in the current state