While I wait for the primalist rework (and hopefully the next best pet build <3 ) I figured I would play around with this. You see a ton of ranged pet builds but it seems pretty rare for people to talk about a melee version, and it’s always inferior to the ranged builds. My question is, just how inferior are we talking? What’s the limitation for the melee build vs ranged? Even the ranged pet builds only ever seem to be rated as an A, which is fine, no reason for a lazy build to be S or better than builds that require work, but just how far can they go?

I have no planner or anything like that, I haven’t even started the character yet since it’s all still early planning, but it seems like it might have potential? The acolyte tree already has a damned node at the end which works for all pets, Death Knights do necrotic, perma-wraiths can be given necrotic, and volotile zombie can be given necrotic. I don’t think the base skeletons can be given necrotic but they are nice meat shields, and a spectral golem can make things even tankier. You would have two options for damage scaling, necrotic and melee.

I’ve never been very good at doing trees or planning, but could this work or am I wasting my time on a build that’s really not going to be very good?

You have to watch out for tags, but for the most part melee is fine. I’ve not tested this with maths but part of the issue is survivability (melee’s tend to get hit by big close-ranged AoE’s that ranged don’t) and killability (ranged guys will kill bad guys before melee guys do).

I like including some melee though as a meat shield; bone golems work well here with the taunt, as does abomination. Skeletal knights are good too but don’t have tags with some of the plus-damage passives e.g. +flat necro/fire, +%dam necro/fire, but they soak up damage well enough, which is fine. Maybe look at poison, which works fine for them.

Try it and find out.

This looks exactly like the type of build you’re seeking.

If you’re worried about it being too tailored to end-game, I’ve been playing a Necro who’s using Spirit Plague and Harvest for damage alongside the Mage Death Knights and I’ve just past Chapter 8 with little issue. I’ve died a few times due to being reckless, but Spirit Plague is a great leveling skill now that it has the “add 1 spell damage for every point of INT” node.

I’ve actually looked at that build before, but it’s not nearly enough pets. If I’m playing a necromancer 4/5 (or even 5/5 in theory, but I don’t think it would work?) of my skills at least need to be perma-pets

His build was what prompted me to wonder if there was a way to make it work with more pets, actually.

You know, all this time I thought you were referring to playing Necro minions using melee support, such as using Harvest. When all you were referring to was having the minions in melee. I admit I spent quite some time trying to think of how to get multiple different pets in a Harvest Melee Necro, haha. 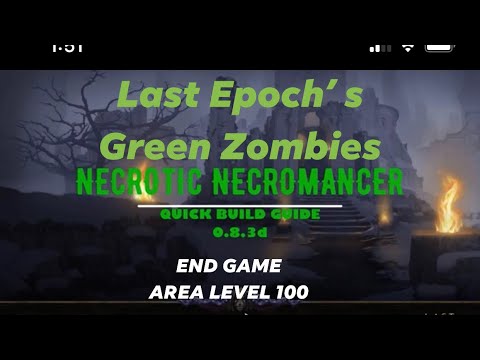 The build planner is in his video description.