What reason got you to buy Last Epoch?! What's Your Favorite thing about Last Epoch?

Here’s a ton of Reviews/Reasons others had to share! 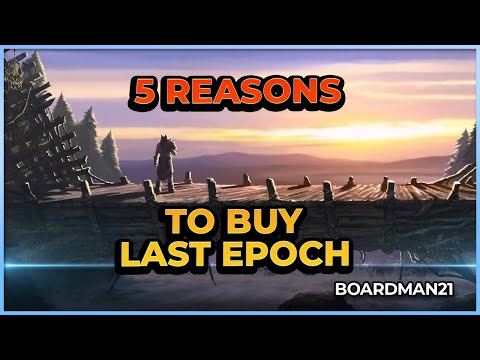 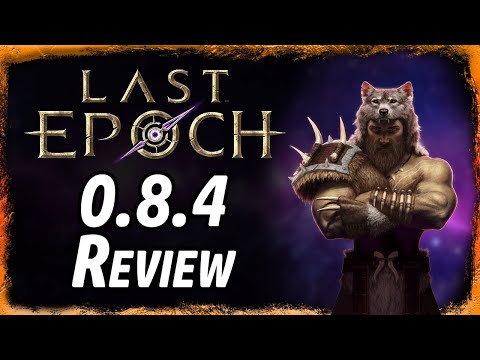 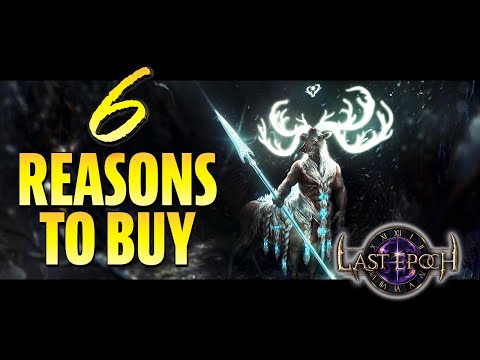 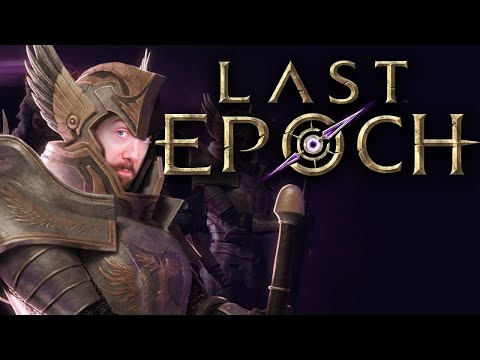 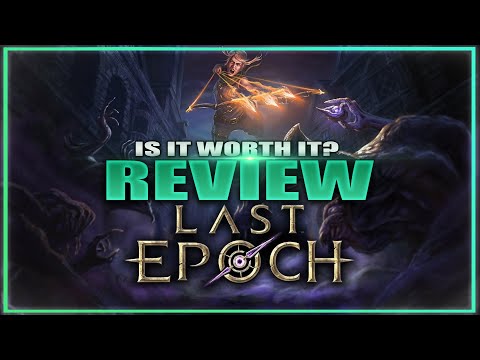 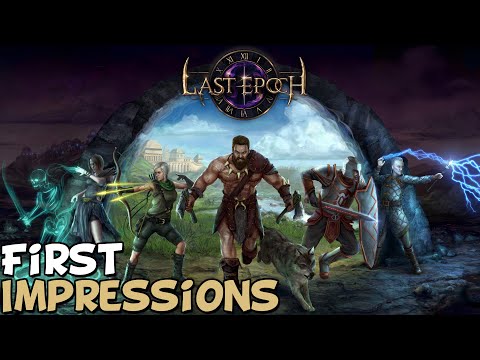 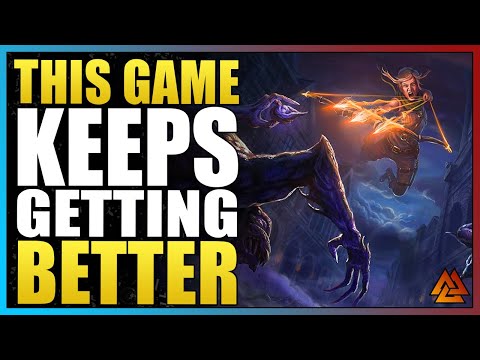 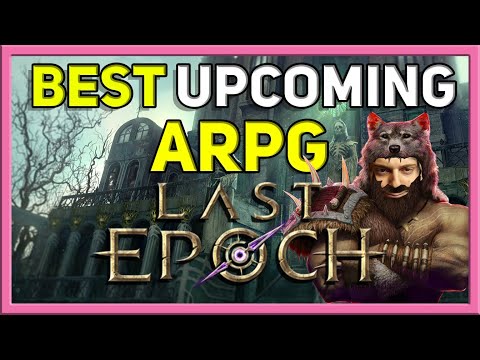 I bought last epoch because i really liked how the devs were super active in twitch chat, and I have only seen that increase since I started in Aug 2020. The other big draw and my favorite aspect of it for me was how each skill has it’s own skill tree.

The thing that made me buy the game is: I knew I would play it eventually so there was no reason to not buy it right then.

not a Crafting Game.

I bought LE because of Steam reviews - While I dont like to purchase Early Access games (mainly due to gettting my fingers burnt in the past) I generally have a few early access items on my wishlist/follow notification on Steam and go through them every so often to see what the status is… In LEs case I was watching Wolcen and realised that it was going to be a failure so I removed it from my wishlist and was browsing something to replace it… Story Concept sounded interesting (I think its still not reached its full potential) and got me to the Store Page… Based on the reviews and the fact that I really wanted something new to sink my teeth into (and had been waiting for Wolcen), I purchased LE.

Favourite thing(s) about LE… Openness of the devs. Enjoying the evolution of the game in real time - its almost like getting new DLC every three months. and finally, tinkering around with builds - more often then not, I fail at creating something amazing, but the process is generally fun…

I have played Diablo 3 intensively for four years. During that period, I watched Rhykker’s videos. This way, I discovered two very promising games he often talked about: Wolcen and Last Epoch.
I decided to try one of them and, after viewing tons of videos and articles, I decided to go for Wolcen. I was not disappointed at all. It was not released yet, still in beta, and I had tons of fun with it. But I slowly lost interest month after month, due to the game being too repetitive. Exactly what brought me far from D3.
So I decided to try Last Epoch. After about one hour, I was a bit bored and ready to ask for a refund, but I decided to try maybe ten more minutes. I’m now at 2.1K hours.

What I love most in Last Epoch is that it is extraordinary rich. A very important part of my time in the game is in the campaign and in early monoliths, leveling characters, creating new builds, trying new things, exploring concepts, etc. And outside of the game, I do love the whole community, players and EHG. This community forms a very friendly environment in which it feels good to be.

Also played D3 for many years and thousands upon thousands of hours and made the switch. I only got into video games after a surgery a few years back and so the only things I got into were Witcher 3, Skyrim and D3.

D3 was nice and simple, I had to stop playing for a while and decided to try a new game before I went back and started looking into LE/Wolcen/PoE and watching videos.

Took a gamble on LE and realized how much fun it is and while simple is nice, LE just has so much more depth to it. All in all, I’m fairly easy to please in this genre, can’t wait until this game develops more.

Also…there are llamas and lizards.

Favourite thing was watching the journey unfold, nothing particular about the game itself, because it was still a massive work in progress at my time of purchase. Then…

They get into bed with the chinese goverment, oops sorry meant 10cent, and that was the journey end for me… Tried my hand at a refund, didnt think it would be accepted, and it wasnt, so now its just another waste of money, in the long list of waste of money games.

I remembered they had a free demo working on linux.
I buyed it because the only other arpg around was Victor Vran.

Now that i reentered the game after some time, i don’t regret it, It still works well (with few issues but nothing that stops me from play) and Story, graphics and haptic (i mean how it feels) have improved alot.

Just imagine playing LE with a full body haptic suit? Having to spin around to use Warpath…

I’m a PoE refugee. I found playing PoE that i wasn’t actually having much fun. Also the pseudo-complexity of the game is tiresome.

I can build a character in LE and it more-or-less works the way I think it should. Not that’s it’s too simple, there are surprising (and not surprising) synergies, but generally things work the way i expect them too.

I can also improve my characters by playing the game !

I originally bought it because it looked interesting and fun, and have not been disappointed.

Also, I’m actually enjoy the time I spend playing. Crazy concept for a game, I know.

This is essentially my story too.

I was having less and less fun playing PoE because I felt like the game was just overcomplicating its experience.

LE is a breath of fresh air, Its become my second most played ARPG, there is just something about how nice it is to be able to just put time into an ARPG and not have to worry about all the bullshit and looming balance and bugs etc.

Heres to another 1k hours of LE lets goooo

I’m an ARPG vet from all the way back to the early Diablo days. I’ve been spurned and burned by enough of the games in the genre over the decades and decided to give LE a shot after Wolcen’s “release” in April 2020. After all the improvements, especially the first big controller support update, I’ve been spending more time playing per patch than PoE with each league, so that’s definitely saying something.

The biggest thing to me is, I don’t feel like my time is being taken for granted and as @buzzybug said, I can go into making a build that should more or less work the way it should on paper (certain math from things like more damage and enemy level damage reduction aside). I can, especially after the crafting and legendary update, actually make gear that means something for that character. I also don’t feel like I’m just arbitrarily pulling a slot machine handle hoping for 5-6 basic stats, when there’s 50+ entirely useless ones and any sense of agency that is given to the player to actually craft is taken away after a short time. That just feels bad when 99.9999999% of all dropped loot is entirely pointless.

For all the posturing being done by other devs in the genre about items having weight and build diversity being important, LE is doing a good job with it so far. Of course there’s disparity with what build is getting 200+ corruptions done and then there’s Shaman. But it’s still a work in progress and the design philosophies at their core is appealing enough for me to continue on here without worry… Thus far.

To stick it to China while I enjoyed a new ARPG. Thanks for ruining it for me. Also, how come we don’t know the stake that Tencent holds on you? I couldn’t find it in the post.

I seriously think they’re trolling you guys. I think they know you’re popular because you’re not GGG or Tencent and they’re muddying you quick before you have a good market differentiator so you’re not as competitive.

Also, how come we don’t know the stake that Tencent holds on you?

Judd said less than 25%. That said, it’s not the right topic for this.

Also, how come we don’t know the stake that Tencent holds on you?

That’s generally confidential unless there are legal reasons for disclosing it (such as being a publicly traded or limited company).

Honestly, the gameplay videos looked really cool and the reviews were raving about how transparent, open, and nice the development team were which was something I thought was pretty cool, so I gave it a try.

My favorite thing is probably the community, while we are small, the community the LE has built is honestly great. There are so many friendly vets, content creators, and of course the developers are active in the community as well.

Also the build variety is pretty awesome too

Well for someone who wants to stay an informed consumer less information about how much is owned by them is worse. Because Tencent is becoming so unavoidable, it could be the make or break between a game that I know is only 10% owned than by up to 100%. And if they don’t have to publicly say anything about more ownership being transferred, then that’s problematic about my continued investment with this game. Like sure it might be 25% right now, but it could be 75-100% later and I wouldn’t know. And I wouldn’t want to take the chance of all my MTX going to them.

And I wouldn’t want to take the chance of all my MTX going to them.

I get that, but it’s not quite as straightforward as that. Any cash from customers (whether it’s from box sales or MTX or whatever) goes to the company & is used to fund their day to day operations (salaries, server costs, building-related costs if there are any which there aren’t for EHG, etc). If the company is profitable, as all hope to be, then their is cash left over after paying for all of that plus any corporation tax in the US.

Sometimes a company will decide to pay a dividend to its shareholders (Tencent plus whoever makes up the >75% in EHG’s case) if they have enough reserves (cash in the bank) to be able to still continue their operations “for the foreseeable future” while paying the dividend, but I’d be kinda suprised if a company at the stage that EHG is in (has yet to “release” their first product) would be paying a dividend any time soon.

Dividends are a sign that everything is going well, the company has “plenty” of cash to spare & “thanks for investing in us & giving us the cash when we needed/wanted it”.

I actually first looked it up because dammit had added the tool support along with grimtools so it was an option there and I thought if it was an ARPG with a similar gearing and playstyle to GD, it would definitely be worth a shot. Gameplay vids at that time weren’t too fancy on the graphics and weak graphics was a common comment but it looked good enough to me and I was more worried about the actual gameplay which seemed pretty good(besides they were just improving all the animations at that time I think). The fact that it was singleplayer and balanced around that and offline (aside from login) clinched it for me (though i’m kinda hoping they get rid of that too once they split fully btwn online and offline chars).