Talk on the street about this game

Everywhere I read about this game, including reddit and all the usual gaming sites, the following narrative is presented:

“Great game, truly, but WTF were they thinking not having MP in the initial release? D4 and PoE2 are coming out next year so LE is going to be overlooked by the vast majority of the ARPG market. Too bad, so sad. RIP”.

I’m not saying I buy into this narrative, I honestly don’t know enough about the game to know what to believe at this point, but post after post I read is like “My friends and I have been waiting to try this when MP comes out”, or “No MP? No thanks”. I assume it’s a high priority and that every effort is being made to get out there before D4 and PoE2 because, frankly, if it isn’t, it will not get the kind of player base it needs to be a big hit. It takes years to develop the kind of base that PoE and Diablo have, this first shot is going to need a lot of time to compete.

I know they want to get the MP release right, but I hope that perfection isn’t the enemy of “good enough to be great”. As Randy Rainbow would say, “Step on it, sis!”

I wonder (and assume) sometimes if the number of people who prefer single-player in arpgs (which could be the majority), or even play single more often than multiplayer in the genre, are also the type who don’t talk on the street about their games as often.

I myself prefer single-player, though I’ve played some multi-player games for years at a time. Considering the 100s (1000s maybe? I’ve lost count) of hours I’ve already enjoyed with Last Epoch, I’d say to anyone who wants to wait until multi-player is out to try it that they’re going to have a blast in the end, with or without friends.

“Great game, truly, but WTF were they thinking not having MP in the initial release? D4 and PoE2 are coming out next year so LE is going to be overlooked by the vast majority of the ARPG market. Too bad, so sad. RIP”. 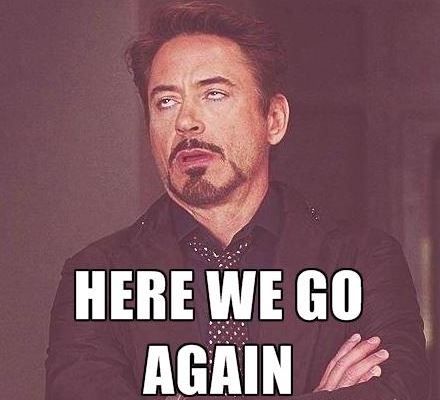 Two other arpg games were recently released at the same time and both have players? How is this possible?

D4 and PoE 2 comes and even if LE would be running now 3.0 patch some people will even then go check those titles.

I personally prefer EHG focuses to bring quality patches and take time they need over some rushed not-properly-tested patches/content.

It doens’t matter if they release multiplayer before or after D4, because everyone will play it anyway. Even people not into this genre.

Two other arpg games were recently released at the same time and both have players? How is this possible?

I know! And to further flabber your gast, the Earth is an oblate spheroid & wait for it people can play more than one game at a time!

Most likely not everyone. With the actual monetisation plans D4 is a hard pass for me.

Yea, i wont hold my breath with D4. I might buy it IF it won’t include any pay2enjoy stuff and its on sale probably.

“Great game, truly, but WTF were they thinking not having MP in the initial release?

It hasn’t been released yet. It’s in Beta. So I’ll have this discussion with ‘reddit and all the usual gaming sites’ when 1.0 actually comes out.

Good point, but you know what they mean. They’re drawing a direct comparison to PoE. And that first impression of a, hopefully good, mp launch is what EHG is working towards.

Last Epoch is in the uncanny valley. It’s too polished for early access so lots of people assume it’s already released so they get disappointed about the lack of multiplayer.

These “people” who Im not sure exist in any meaningful capacity, are sorta dumb if thats true. It took PoE what, a decade to become what it is? What it is at the moment is a shit show. Between far too many league mechanics, the indefinite 1 shot to end your run, literal hours of research to learn all the asinine crafting mechanics, or the total lack of visual clarity…GGG need to start handling the major issues, if not they can look forward to the laughable retention they currently have going forward.

Those people should also realzie mp in PoE is just a horrible experience. If you have a mid rig and your buddy decides to have all the flashy mtx with 20 minions…yea it isnt fun.

I think it is the vocal minority here who are crying about mp. Most of us dont have online buddies to play LE with, Id wager 75%+ wont bother, aside from when it first drops.

It took PoE what, a decade to become what it is?

Lots of POE players seem to have a really short memory, or maybe just weren’t around at the time. I remember what “Open Beta” was like though, and sure it had “multiplayer” but the actual game was miles less polished than LE is now and tremendously inaccessible by comparison.

Still, people were able to see through a lot of the trash and BS and lack of features and content to the bones of something they’d enjoy, happy to throw their dollars at MTX for an unfinished game, happy to call everyone out for expecting an unfinished game to not have any problems, and for long enough to let it grow into the dominant game it is today.

I think it is the vocal minority here who are crying about mp.

I’d be curious to see what number of people play POE single-player, using the MP functionality only as a trade engine. Since that’s pretty much all I ever use it for, and all I planned on using LE’s for… until they announced that wasn’t really going to be possible.

The replies were largely predictable despite my disclaimers. No, I’m not here to grind an axe about D4 or PoE, I have no clue how the market will respond to D4’s monetization model, and yes, the current PoE game IS a shit show, which is why I’ve avoided it for the last year or so. And yes, I was around forever in PoE, from beta to launch and well beyond so I know as well as anyone what it took to get it to where it got. But that show’s over. Not interested anymore.

I did not find Grim Dawn or any of the other contenders to be very compelling. Everything I see about this game’s mechanics gets me excited, it’s why I purchased it and have been waiting on a MP release. My wife and I game together exclusively, neither one of us plays SP games or even games without the other, we game together and limit ourselves to MP games, so this is an honest desire, not some axe grinding lol.

Look, I understand “wait till it’s right”, I always prefer that to a rushed release. But aren’t we well past the point of considering a MP release “rushed”? I admire the loyalty of this fan base, but doesn’t anyone here feel like perfection can become the enemy of “good enough to be great”? No one worries that the devs are narrowing their window of potential success?

The replies were largely predictable despite my disclaimers.

If that’s the case, you might want to think on what the point of making the post was, especially when it’s just a copy of other posts that have already been made. Because ostensibly, the point was to solicit and engage with other peoples’ opinions, whether they agreed or not, but based on your reaction here it seems like what you really wanted was your own opinion with different usernames above it.

But aren’t we well past the point of considering a MP release “rushed”?

Are you privy to insider technical information about the current status and viability of multiplayer that the rest of us do not which suggests that to be the case? Or are you just trying to dress impatience up as wisdom so it’s more palatable?

No one worries that the devs are narrowing their window of potential success?

I believe you already asked and received answers to this question.

To me, it sounds like he doesn’t know it is coming with the next content patch. Maybe he does and this is just an “I want it NOW” type of post. J.G.Wentworth style!

No one worries that the devs are narrowing their window of potential success?

I believe you already asked and received answers to this question.

I mean, it’s fairly disingenuous to gauge success against games with long, well-established followings. Because, regardless of when LE releases, in relation to those other games, players will jump ship. It’s just the nature of the landscape. Especially the streamers… and wherever the streamers go, a large portion of the flock will follow.

Now, long-term retention is the more important goal here. And that can only be gained by having a successful, relatively major bug-free release. So, it would be in LE’s best interest to hold off until they can do so, whether or not that causes them to launch before, or after, the release of one of those other games.

IMHO, I would wait until after, if reasonable possible. That way, YOUR game is the new one being checked out. And, if you’ve done your due diligence, leave a good impression, and get that long-lasting retention.

My concern remains if MP brings trade, even if it is only in party trade, will that force loot drops to be balanced down to accommodate? That punishes solo players.