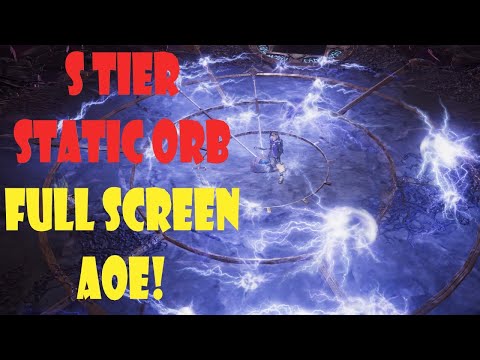 Wow, I may try this out. It’s a magadin!

I’m going to try that, thanks BoardMan21!

thanks for the fun build, saw this pop up just as i finished A9 on a fresh mage and decided to give it a shot. was rough as first without some important nodes, but the build really hits its stride once you’re able to pop out those small orbs along with the big ones.

i found arcane ascendance not useful for myself though, going lightning blast (with single target chaining) was a lot more helpful to quickly focus down single targets instead of relying on the random orb explosions.

Best to level as something else and switch later? What would your recommended approach be? Thanks!

i leveled using the nova builds (lightning blast, elemental nova, flame guard, teleport, focus). just beeline for convergence on lightning blast for single target, and star prism on elemental nova for AOE. they’ll both carry you through the campaign easily. they don’t need any specific uniques, but ashen crown does make nova easier to use (cast at cursor).

after A9 you can swap over to static orb (replacing nova) and begin monos, just make sure to beeline for orbital fulmination then scatter blast and it’ll be cake after that. you don’t really wanna level with static orb, it’s pretty mana heavy so it’s better to swap when you can gamble for some decent gear (instead of leveling gear that gets replaced often).

Ive watched streams with it being leveling with from the get go of 5 points in sorcerer and it works pretty good.

Quick question. i watched the video u made on how to get the helmet but i dont understand what vendor u get the helm from? im only seeing silver helms. Did i miss something major in the video?

ahh ok tyvm for the reply just swapped to this build last night and have alot of work ahead of me. Just picked the game up on Saturday cause i was bored and been waiting for multiplayer GG build i like it.

it is a shame the base skill has such a high cost - or it would be easier to use other specs of the skill. But currently the orbital is the best one for maintaining mana

Yup! Far too much mana to be used as a main skill. Worse yet if you don’t go orbital and you want damage you need to further increase the mana cost and/or reduce the range so the playstyle feels more like melee. Aweful!

Yes at 72 and above you can get it

Thoughs on scales of eterra off hand

Thank you for anther great build guide! I am back to check out all the new changes in LE. I have a simple question that is not build specific if anyone could answer.

Is anyone else having problems with the link to the build planner on Firefox? It works perfectly on other browsers but when I use Firefox, the bottom part of the screen is cut off so that I can’t see the Skills and Passives buttons.

Pergaps you have it zoomed in to far. Hit Control - a few times. (Control + minus sign)