I notice same bug to below link.
This bug may not fixed yet or roll backed.

Hey guys, I have been messing around with the Spriggan form vines for stacking poison and I discovered something strange. Sometimes, maybe 20-25% or the time from what I have seen, after attacking the initial targed or killing a target, the small vines become somewhat “inactive”. By inactive, I mean that they no longer attack minions even if they run right on top of them. The issue seems to happen to individual vines rather than the pack of 5 as a whole. Initially, I thought that maybe their ran…

The bug detail is reported by @Mithica

PS2: I think I discovered where the vine issue comes from, or just one example of it, when you place vines on the ground, if an enemy spawns after the vines have been summoned, the vines do not attack those enemies. Noticed this on cleanse forge monoliths, where I would place vines down before a wave spawns, and the vines would never attack the newly spawned wave.

So, I recorded the video, please check this. 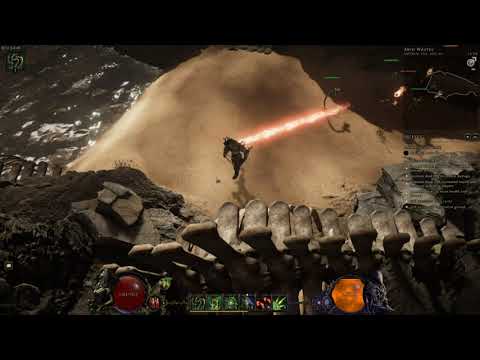 Addition, it seem this bug occur whether or not the Vines are “Great vine”, “Projectile mode”, “Cold convert”.

Bumping this. Confirmed its happening for me as well. It wasn’t happening in a single boss fight (e.g. the Shade) but it does seem to happen when waves of new enemies spawn or enter off screen.

Thanks, we’ll take a look.

I will also note that it doesn’t matter if you are in spriggan form or not. If you proc them with Fury Leap you’ll get the same inactivity.

This is an old bug…