Check out my build guide that utilizes Manifest Armor + Utility Smite + Peak of the Mountain to great effect! It dishes out some of the highest DPS in the game while also healing and cleansing half the screen all the time. If the smite idols remain intact after 0.9, this build will be a great addition to any multiplayer party due to the utility coming from smite. Let me know what you think - if you enjoy it or if you see ways to optimize it even further! 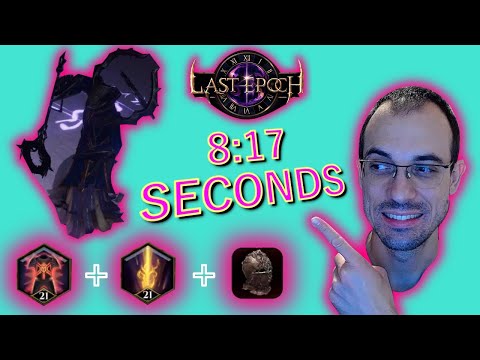 It’s my first build guide so let me know how I did. All constructive criticism is welcome so I can improve for the next one!

For the next video, I’m planning on sharing my bone golem build which has quite a similar play style to Pally MA so it’s a good comparison.

Thank you very much for this build

I am now using a configuration similar to yours, only with a Forge Guard and without Smite.

This one in particular

Introduction This build is based on a single minion, manifest armour and its interaction with shield throw to do disgusting damage. Pros: -absolutely INSANE damage -very good scaling, there are always upgrades to be chased -very tanky, >3k life with base ~40% damage reduction from armour (scaling higher during combat) -mobile with near permanent uptime on haste Cons: -no on-demand movement skill, we use javelin which is a combo skill and it has a 6 sec CD -clear is better than tradition…

But I definitely want to try your build

Hopefully as you say EHG doesn’t nerf the healing part of Smite!!!

One question: what would you advise to leveling this build? I always level Forge Guard with manifest armor + forge strike. But I’ve never leveled a paladin. I would appreciate your advice on this matter

Good question, I spec’d into the build at level 100 so I didn’t need to worry about it.

If we were to level it from scratch, we would need a transitory skill to get us from 0 to level ~40, which is when we would have Shield Throw + Manifest Armor unlocked. So we could go for any of the skills available early on like Hammer Throw or Warpath to carry us to the mid game. Once we hit level 35-40 and unlock MA, we can respec into MA + shield throw. We can pick up Holy Aura as soon as it becomes available. Volatile Reversal is a nice addition for boss fights so we can spec into that when we find 5 extra passive points to put into the Void Knigth tree.

If we are running SSF or on a brand new season, we won’t have the smite idols until a bit later. So I would recommend not speccing into Smite until we have at least 3 smite idols. Until that point, we can run Sigils of Hope for more defense (or even try applying them directly to our MA), or Void Cleave (Molten Blades) for more damage.

Good shoutout to Kryce’s MA build guide, I learned a lot from it too!

Thank you for the build! Definitely something I think I’ll enjoy playing. I’m new to the game and I think I will be trying this out first.

Nice to see players still interested in this build more than a year after I wrote it. Just popping by to share some tips on leveling the build.

I would highly recommend leveling with holy trail if you are going to play as pally. It is extremely tanky and very easy to scale since you can scale it with healing effectiveness, attunement, generic elemental damage and DoT damage. Using a shield gives a lot of defenses and pally has great shield nodes for both offense and defense. If you need a guide for this, I’m sure there are many on youtube, just be careful to look at the date when the guide was posted. Holy trail was extremely overtuned on release (it has been tuned down), so don’t be baited by some videos showing giga damage holy trail and expect to replicate it.

Hello again, I want to share my experience with this character from nothing (solo) to level 80, where I’m already farming empowered monoliths very comfortably.

Here is my planner

I have started using “Hammer Throw” with the following tree, and nothing else. That’s enough 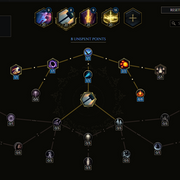 At level 35 when I had access to “Manifest Armor”, I followed @TheCurse build. I only died once, on the final boss dragon of the Dragon Realm. The rest of the campaign so far has been tremendously comfortable and fun. I’ve been very lucky with the idols since one dropped during the campaign and the other three practically at the beginning of the monoliths. As advised by @TheCurse I haven’t used Smite until I had three of those idols; meanwhile I have been using the hope (damage) sigils. The Prismatic Gaze helmet dropped on THE BLACK SUN monolith, and although the last epoch tools database indicates that it is a rare drop, the truth is that I have dropped it several times and I think it is more or less common. I don’t know (??)

I just have to ask THE CURSE (or anyone else reading this) a question. What stats should I look for in the two-handed weapons until I get Apathy’s Maw (critical damage? melee damage? flat melee damage? What would be the order of priority?

PS: later on I will also try @Kryce levelling advice with another fresh character to see how it performs.

Thanks everyone for the good leveling discussion!

@MiguelKP , for weapon prior to Apathy’s Maw, I would definitely prioritize flat damage and % damage increase (preferably physical damage for both). So if you can get T6/T7 for one of those two and T5 for the second, that would be ideal. Sealing a T1/T2 melee critical strike chance is nice boost in crit.
Depending on your other items’ stats, a suffix of Increase Minion Melee Damage % might raise your dps more than the % physical dmg increase prefix. You definitely want this suffix at T5 or higher. For example, if you have chest + helmet + gloves that have + % melee damage, I believe that stacks additively with the + % physical damage increase on the weapon. In this case, I would prioritize +% minion melee damage suffix over + % physical damage prefix.
For the last suffix, it will be far lower priority than the 3 affixes I mentioned above. Any of Shred Armor, All attributes, frailty on hit would be solid.

Hope that helps and I’m glad the build is working out well for you!

I was watching @LizardIRL 's stream yesterday and one of the EHG developers wrote this in the chat.

“MA Shield Throw is on the nerfbat list, we’ll get around to it some day”.

I guess then we’ll be able to enjoy this build in patch 0.9, but sadly forget about it for 1.0

Thanks for sharing that, it’s good to know. I guess it makes sense, I agree that the DPS is a bit too high!

Yep, still viable! We’ll see whether adjustments are necessary after 0.9 in March.

So I’ve got a lvl 99 Pally, respecced to your build, and it’s insane!

I tried out a dozen of builds, but have never even been able to take down T3 Julra, and Fire Lich.
Now I’m almost cutting through them.

I don’t have Apathy’s Maw yet, so farming for that. But I wonder if Apathy’s Maw would work great with Siphon of Anguish? For more Doom Chance and effect.

Yeah, I kinda thought so. Just needed it clarified.

I agree with you, I wouldn’t put crit chance/multi on anything other than weapon, chest, helm, gloves, boots. And this build has one of the highest DPS in the game so you can easily justify shifting some DPS affixes to survivability.

But minion damage/health, and attunement can still be added on other gear, and will still apply to the MA?

Nice! That’s good to know! Again thanks for your help, and this amazing build!

Even better, minion damage is multiplicative with the melee damage the MA gets from the chest/helm/etc.

Are you sure about that? Id have thought it should all be increased not more.

I assumed so as well until I tested it and tests seemed to indicate they are multiplicative. Can anyone else confirm?