Rogue in game model is kind of bad

She looks derpy. Like she doesn’t belong. She doesn’t match the promotional art, she looks particularly strange next to Acolyte and the Architect, and she’s just really stocky for a supposedly dexterous, agile rouge. Also, her clothes just don’t make sense. If you look at her starting armor, for instance, there’s a three-point harness that her quiver and pouch are attached to, but there’s no weight to it. Her clothes remain poofy where they should be pulled in by the straps, and if you unequip the armor then it’s even more glaring that something is wrong with the outfit and how that lateral strap should be in particular.

I hadn’t given it thought until I saw the OP’s screenshot. The arms to torso to leg ratio is off in the image. My rogue looks more tomboyish and not so wide throughout the torso as the OP’s screenshot. I think it’s the angle of the shot in that image. Having said that, I’m delighted the models aren’t leaning towards the usual scantily clad and unrealistically buxom females wearing impossible, often skimpy, clothing configurations in most other games. At least not that I’ve seen in my 18 levels so far . . … I’ll take an awkward pose over that gladly.

I find myself looking at my Warlock and Rogue and wondering if they’re the same model with different colorings and markings. Particularly their faces. The male models have definite differences in face and body shape, the females not so much. 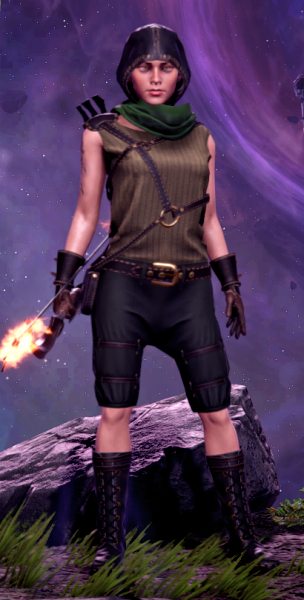 Out of curiosity, do you have a problem with Primalist being a triangular, utterly jacked dude? Also, Acolyte and Rogue have distinct models. If you just switch between two characters you can see that pretty clearly.

The Primalist I think is okay. Look at Dave Bautista, Dwayne “The Rock” Johnson, Chris Evans as Captain America, Steve Reeves in the 1958 Hercules, sometimes Jason Statham, and sometimes Mark Wahlberg. In trying to find examples I discovered this is called, “taper body,” and it’s common amongst “aesthetic bodybuilders.” Didn’t even know that was a thing until your question, and my husband might raise an eyebrow at my Google images search for today, lmao! Now, is his look extreme? Yes. I think it’s intended because he’s supposed to be some kind of beastial naturalist who eats meat raw off the bone and considers tree branches to be vegetables. Probably brushes his hair with pinecones! I imagine his diet is protein with a side of protein and protein for dessert. He is a little Too proportionate - his torso and legs are a 50/50 split. Usually one or the other is longer.

I leveled up and now have the outfit from the original post’s image and that was definitely an unflattering pose in that chest piece. However, the armor itself is unflattering on her so the combination makes it look like she’s a sack of flour, I believe it was someone said. Other chest pieces I’ve gotten look moderately better on her. Though many humans are straighter, or even convex (especially we of the female persuasion in our late 40s, woe) through the midsection than the legs, rogues are known for being fit and agile. As such, that waist could stand a trimming so she looks more in-line with the class she represents.

Here’s a comparison of my Acolyte and Rogue currently. The noses and mouths are Exactly the same. I put the Acolyte over the Rogue and took it down 50% then lined up the noses and the facial differences are: Rogue is a bit wider, Acolyte’s eyes are a little larger on the upper but the lower lashes line up exactly, the eyebrows are a different shape and height. Arms and legs are the same size, length, and shape. Chest is the same size, shape, and location. The gals are even the same height. Waistlines is where the major difference is. The significant differences between the two are solely cosmetic where the males have not only have completely different faces, but noticeably different models (height, weight, stature). 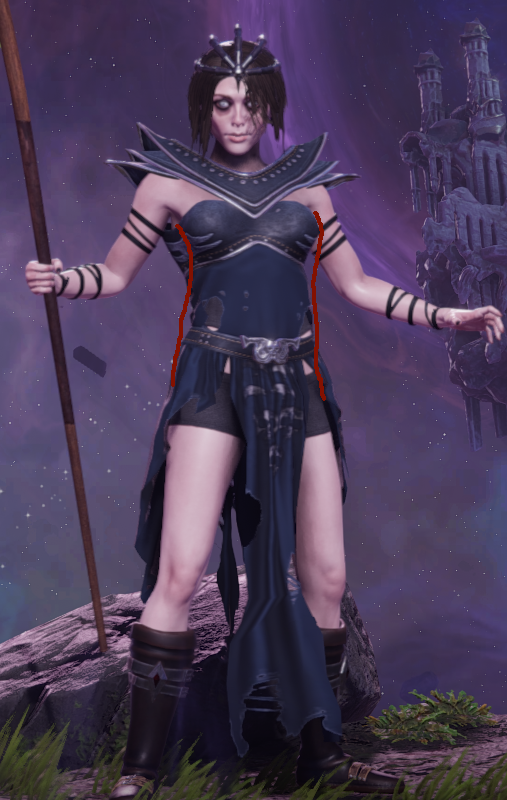 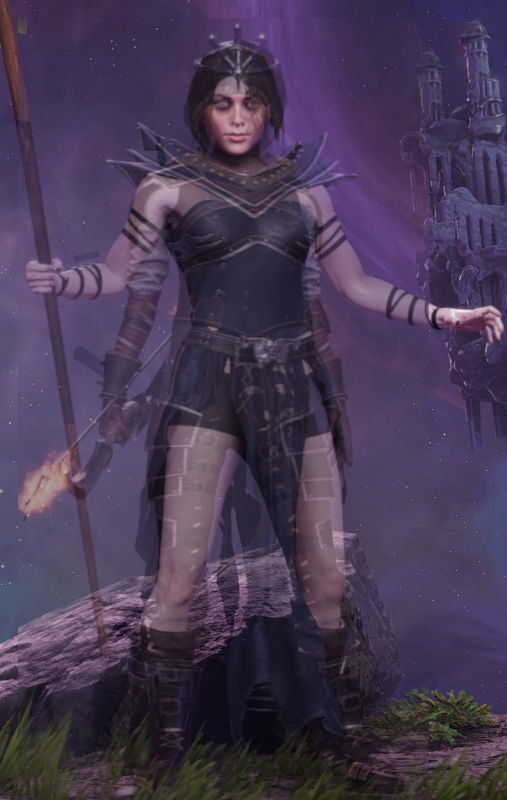 indeed the look of the model(s) really put me off to be honest, they do not look realistic , they look to me like plastic dolls. . . lifeless. . .

I love how the models looked like in gud ol’ Diablo 2 and in remaster they are looking really rad but I dislike Blizzard and not going to play in the games of people who made WoW.

indeed we need char models in those lines

He is a Primalist though! A nature boy, living in the wild with wild animals not friggin Hercules or Dwayne Johnson lol

I want a Primalist to look, you know primal?! Not like an aesthetic bodybuilder with a taper body and shaved arms and legs.

I actually like the look of the Acolyte in your screenshot. She looks rough - almost undead, which is what I expect from someone using necromancy and dark magic. That look works.

The Primalist though… urgh and it doesn’t help that he moves like a clockwork man as any other charakter in the game (speaking of animations).

yes char animation in game are a joke, not fluid you don’t feel power of the character not sure if they would manage to improve the look, feel and combat animation before release. . . .

I guess we have different ideas of what a jungle boy would look like. I grew up with Tarzan being represented by bulky muscle men. Nearly every video game I’ve played represents men as being buffed up large individuals. Unless they’re stealthy, magic users, or archers. Then they’re generally slender.

I have no beef with the Acolyte, and am in agreement with your assessment. What interests me is that the female characters received cursory attention with being copied from one to the other with minimal changes, while the male characters got entirely unique looks from one another. Blocky though some may view the Primalist, at least the Mage, Primalist, and Sentinel received individual models and feature details.

Ultimately this affects maybe 10% of the game play for me. I don’t roll X class because it looks this or that way. Particularly in a game where I rarely see my character’s face and am normally looking at their backside. I’m paying more attention to what’s on the road than what I’m driving.

Tarzan is supposed to be a boy or at least a young male though right? I can comprehend a “clean” look in that case.

To be clear, I don’t even mind the Primalist being muscular and thick. Its the overall Tiktok-vibe I get from looking at him that annoys me.

Yeah no, the charakter design doesn’t make or break the game, thats true but you would’nt really wanna have a great car that looks like crap though right? I mean if you gonna do something at all, why not make it good?

Tarzan is supposed to be a boy or at least a young male though right? I can comprehend a “clean” look in that case.

That very much depends on how old he’s supposed to be in the story/film/whatever.

I totally agree. And I posted the same thing on another topic, about Acolyt model. She don’t have waist. I hope they fix that.

Agree with the feedback here, the models on the character selection street make the game feel budget when it really isn’t.

I mean what are we talking about at this point… this shouldn’t be about Tarzan.
I stated my opinion on the Primalist character model a couple of times in this thread, you may or may not agree with me - fair enough but there really isn’t a whole lot more to say about it.

This guys from EHG probably should learn something from old Blizzard on how the characters should look like. Primalist looks cartoonish. I really hate that style. We are not playing Fortnite after all. If the Primalist is gay that should be explained in the lore of the game and then maybe current appearance of this character is Ok.

If the Primalist is gay that should be explained in the lore of the game and then maybe current appearance of this character is Ok.

I have a sneaking suspicion that’s not how it works…