Rogue in game model is kind of bad

Why is she so wide? Shes built like a toothpaste bottle/hobbit 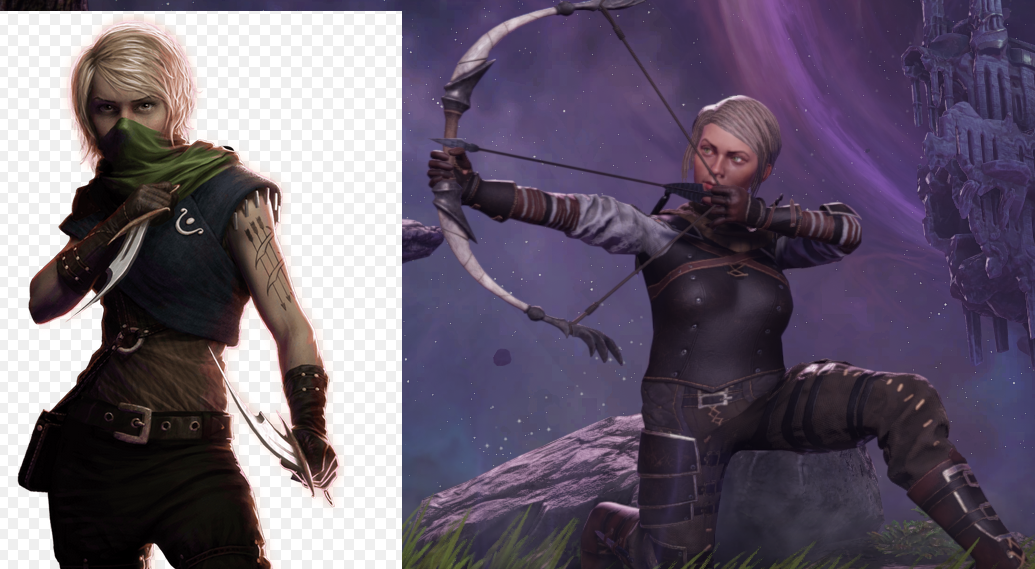 I bring this up because I feel like its important to feel cool when you play a game like this, looking cool and “hot” is a part of that. I feel so silly as the rogue to the point its distracting.

I should mention i know this might not be a big deal, but i am one of those types of people in MMO games who gets half the fun out of the game just by “transmogging” and making the perfect looking character. Appearances are a big part of the fun to me in games.

Isn’t that model wearing some leather armor though?

its very thin and tight and still very wide.

The woman likes to eat.

like i said shes not even fat, her lower torso is just unrealistically wide for no reason.

Not that I’m critically looking at it, it does kind of look a bit derpy with some armor pieces.

Not everybody is size zero. Given she’s wearing armour rather than lycra or cloth, I don’t think it’s unreasonable. There should be some form of padding (wool, more leather, whatever) underneath that leather armour.

yea this is just awful to me lol.

padding can be done in ways that look good/make sense though.

That said, I dont even think its padding. She just has a bad model.

But do either of us know what padded armour would actually look like IRL? I’ve never worn it, so I don’t. Having done some quick googling (always a bit dangerous when one knows diddly squat), I’d imagine that it would look something kinda like these (ie, not form-fitting given you’d want some padding to absorb the impact): 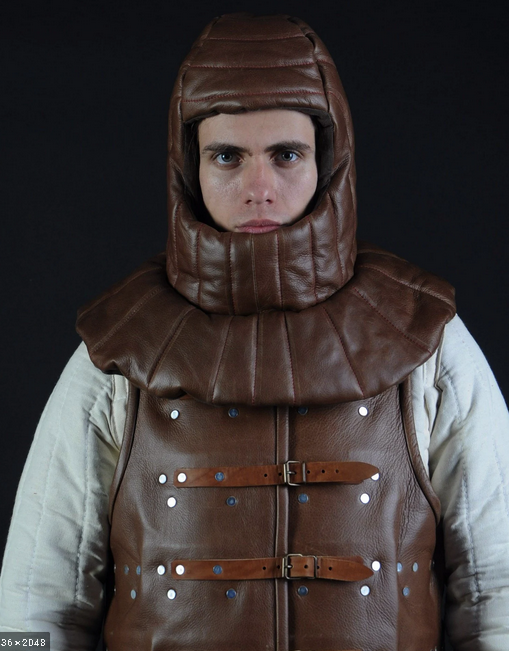 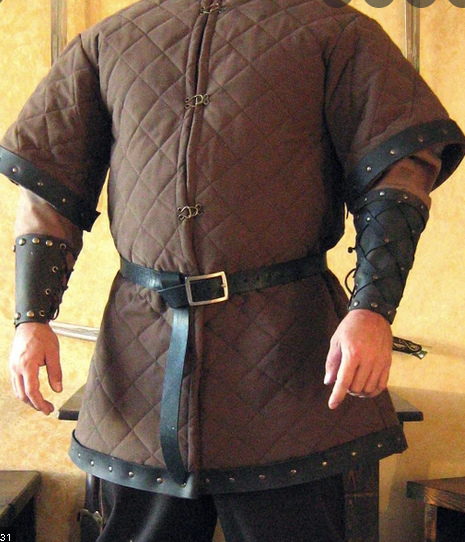 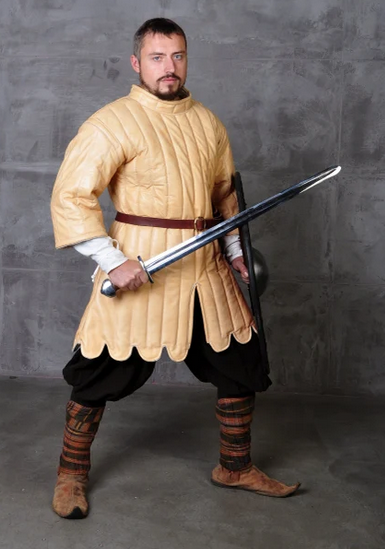 Are they good examples of padded armour? ####ed if I know.

I dont really think it matters what it looks like IRL.

Its a game and you’re supposed to look cool.

Heres how my character in my last game looks 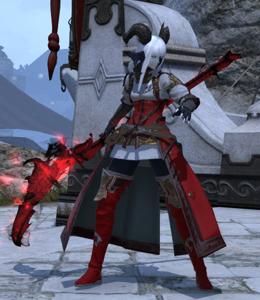 Some characters models will get updates over time, like recently the Sentinel.

Thanks for the laughs.

All the character models and designs are pretty lackluster and weird in my opinion.

I mean just look at the Primalist in his whole glory: 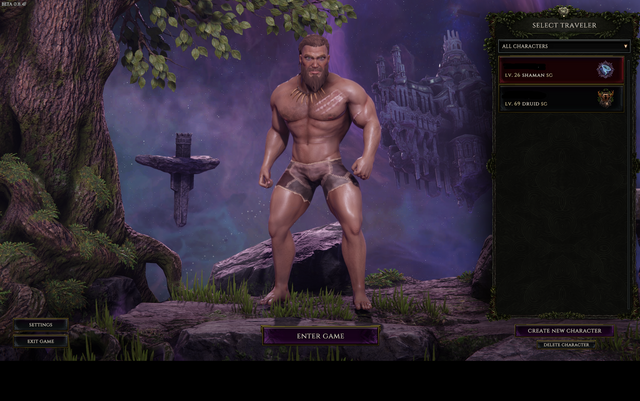 They go for a manly beard and disproportionately huge chest. Yet he has weirdly colored eyes (makeup?) and short T-Rex’ish arms. His abdomen area is almost as slender as his head. He also has shaved and shiney legs and arms like he just came out of a beauty shop. It’s a mess really. Character models and animations need a huge overhaul and they need to put some effort into it, because people like to have their characters to look cool or at the very least not like a joke.

Dont sell your feedback short. It is a big deal. Appearance and looks is 80% of the fun for me in ARPGs. That’s why I spend big time on mtx.

I think that issue is with that armour she is wearing and not the actual model. Mercenary Leather has this thick waist too (probably some form of padding). But if you switch to Brigandine or Hunting garb and those types have the regular waist. You can also remove body armour completely as I found (by accident… heh heh) to see the base model.

It is a little comically wide

On the assumption that EHG artists actually know what they are doing, I did some digging and realised that this whole issue might actually be a side effect of the artists trying to create a realistic image rather than an idealised one… There may be a very specific problem here or there but on the whole, I think the issue is far more complicated than just saying that the rogue looks chubby…

I found some commerical reference materials on Artstation that illustrate that sometimes, depending on the type of dress/armour and action pose, models can look chonky or have oddly proportioned limbs and waistlines… 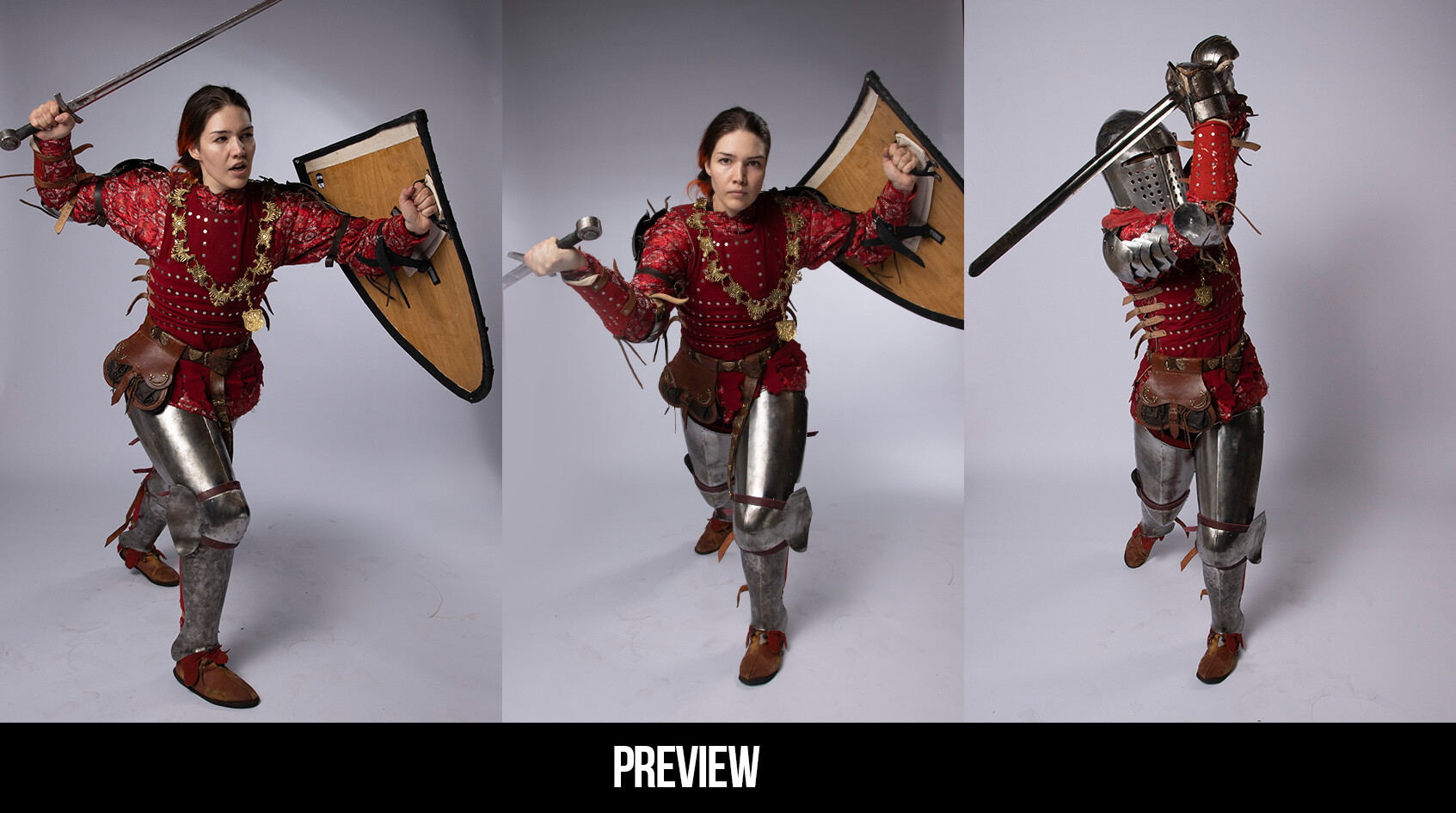 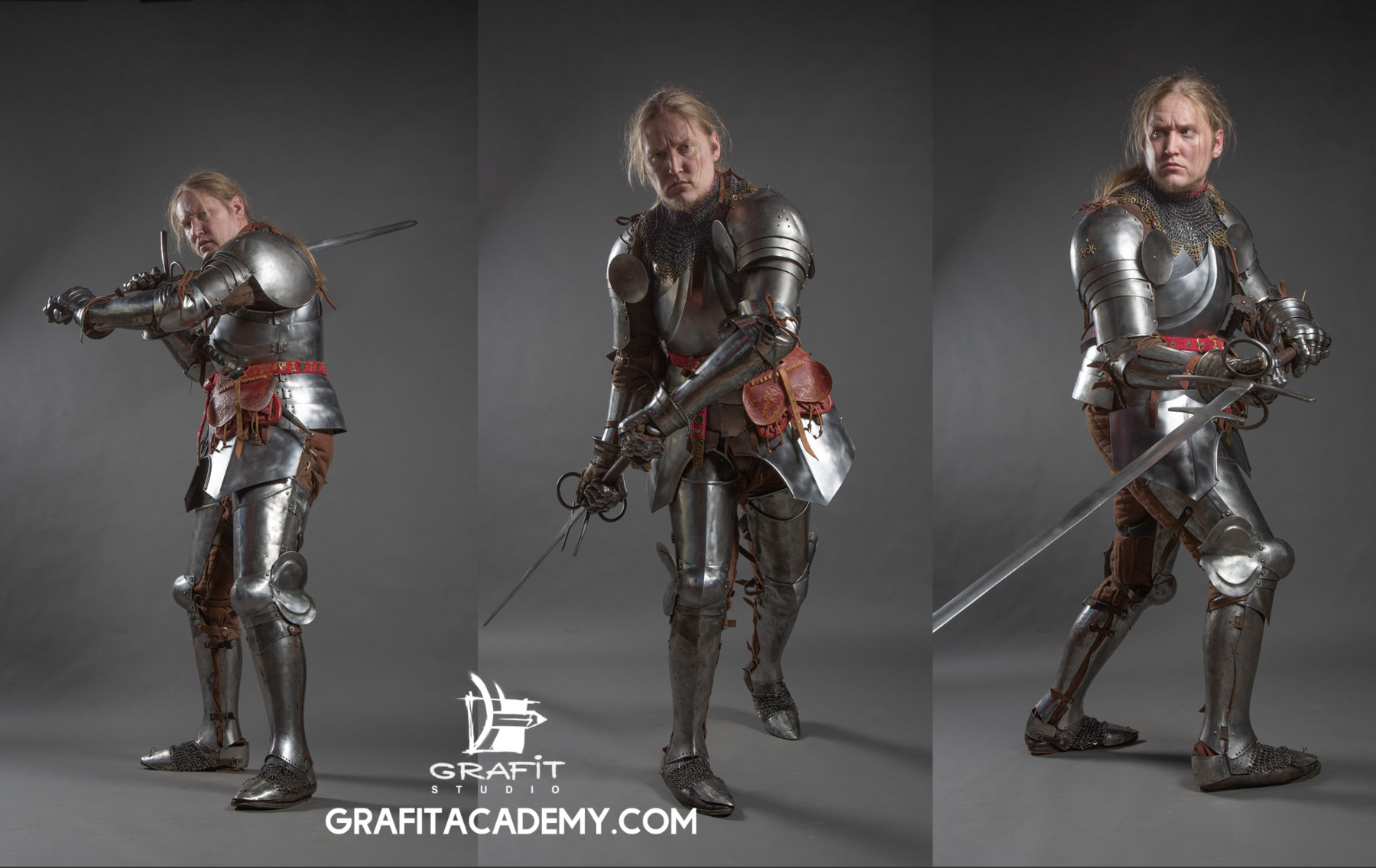 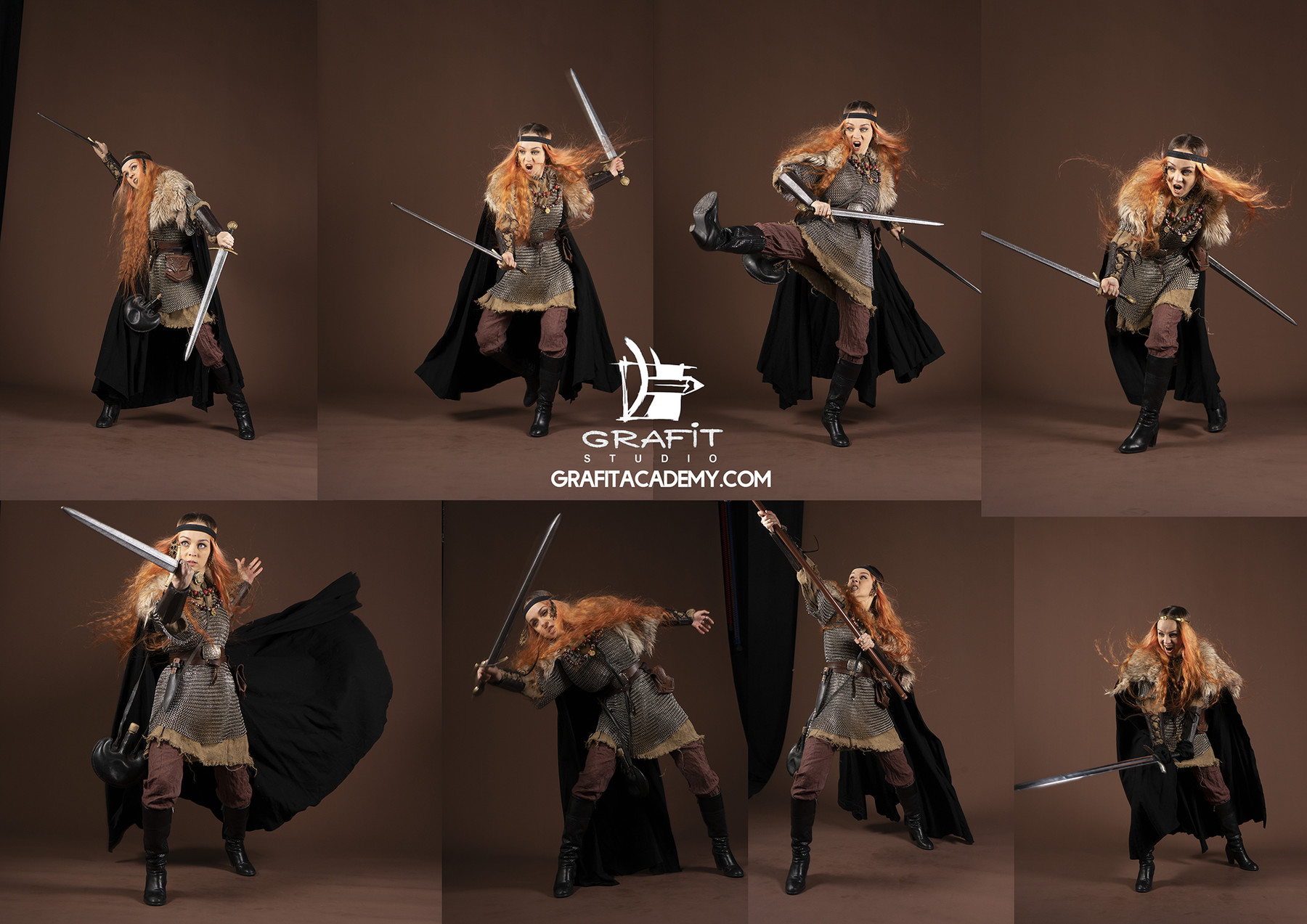 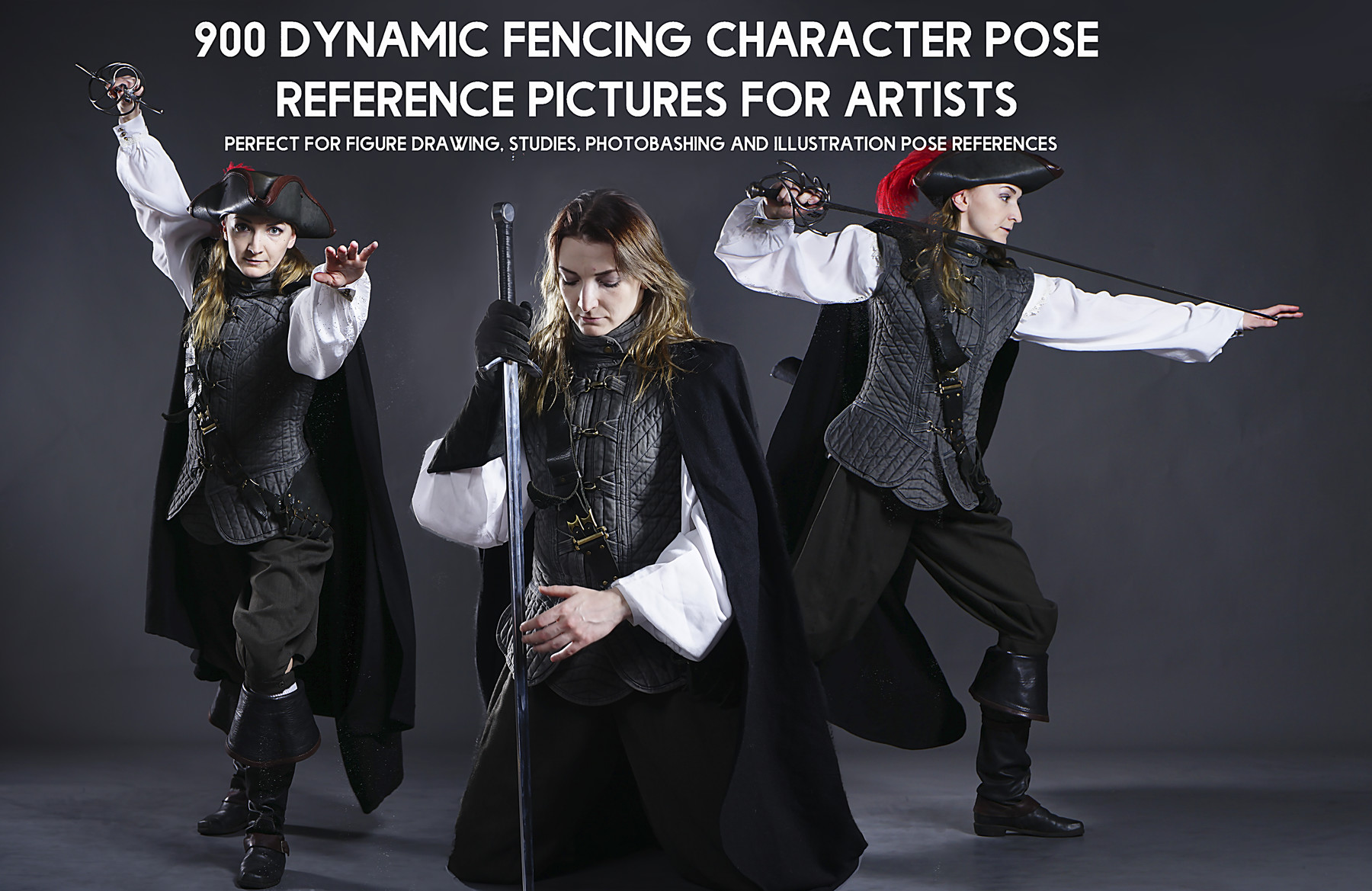 What, you mean the armour is supposed to look functional rather than a leather bikini? :o With padding to absorb blows from critical areas (and no gentleman, the boobs aren’t a “critical area”, though the bit under them is)?

What, you mean the armour is supposed to look functional rather than a leather bikini? :o

Most of the time i find your answers to be mesured and pertinent and yet, this is already the second time in this thread that you miss the mark (purposefully ?).

Back on topic, yes the rogue model, but it’s the same for the necromancer model and most of the other models (haven’t tried the primalist one since the update), looks weird.

The chest is too wide, and since the animations are stiff (only the legs are moving, which differenciate even further the chest from the rest of the body, making it look even weirder) the whole skeleton looks grotesque.

I love looking good in ARPG’s (and like many other, i’m ready to pay for MTX for this sole purpose) and try not to bother to much in LE, since it has so many qualities. But it sure is tough to sell the game to non afficionados of the genre.

EDIT : I think there is something more to this. It might be the angle of the camera that makes it so most of the characters in game appears to have short legs. Combined with stiff animations (non animated torso, weird stances and only moving legs) and somewhat realistic armors (even for my forge guard, i just tested the running animation with and without the armor) makes the whole thing unnatural. I must note that we’ve come a long way though, and if i had to make a guess, it’s that EHG knows those issues and is slowly working on it.

the LLama and I have a grumpy old men relationship and generally rag each other with oodles of sarcasm and other witticisms and he favours himself a bit of a comic too… no hurt no foul from this side but some may interpret the occasional comment as less than appropriate.

I think there is something more to this. It might be the angle of the camera that makes it so most of the characters in game appears to have short legs.

Yip… exactly why I posted some of the photos above… if you look critically, and assume for a moment they were not real photos, you will notice oddities of shorter arms, thicker waists, thighs in certain angles etc… There is definitely something here with regards being realistic vs how people are seeing the animations/figure in play…