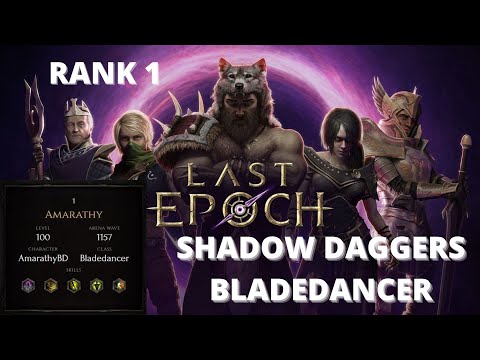 This build is NOT intended to be used while leveling or progressing through the monolith. The gear requirement is steep, and it may take some time for this to come online. I would recommend using a standard hit shadow cascade build or poison shurikens while farming for the necessary items.

Q. Why aren’t you #1 on the leaderboard currently?
A. My run was falsely flagged as being illegitimate and the rank was removed and I was issued a ladder ban. EHG have since reversed the ban and are investigating both if its possible to restore the run and what initially triggered it. I will most likely try to redo the run at some point prior to 8.2. 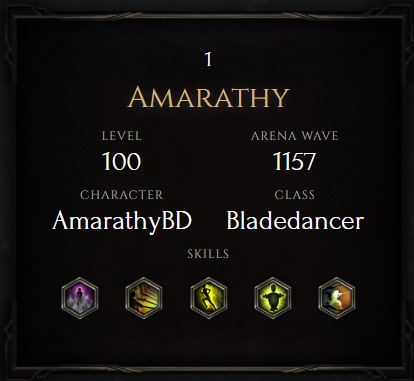 EHG have since reversed the ban

Mad respect from me.

Everybody that knows me, knows i absolutely despise arena, but your accomplishment does earned you some attention from me

Just a few questions, out of curiosity:

Which part of the accomplishement is due to your personal skills and which to the build?
I mean, is it a build that most people can play, or is it something that requires good reflexes, good positioning and a long experience of HnS games?

This is very much a duck and weave playstyle, post wave 300 things will hurt if you and can easily get you stun locked and killed. Post 500, you definitely need to know how to handle every type of mob in the game so you don’t get caught out such as the Osprix, lightning eye bois, spooki eye bois, skullen pyros etc

First of all thank you for your post and explanation of the build.

I just have one question, why do you pick lethal mirage instead of shurkiens in your spell bar?

Lethal mirage is probably for the invulnerability.

Shurikens only get used by shift. It’s the only way to get the huge stacks of armor. Normal shurikens won’t stack like that.

Shurikens only get used by shift. It’s the only way to get the huge stacks of armor. Normal shurikens won’t stack like that.

Shurikens from Shift don’t stack like that either. The only reason you use Shurikens via Shift is that it’s an easy way to keep your Blade Shield up in a mode that requires a lot of movement.

I have seen his video and he doesn’t seem to cast lethal mirage at all. Maybe an autocast from another spell or node.

Are you sure? He shouldn’t be able to get 15 shurikens unless they’re stacking. Could’ve sworn I read you could briefly double stack blade armor with two Smoke Weavers. Can’t test it myself.

I have seen his video and he doesn’t seem to cast lethal mirage at all. Maybe an autocast from another spell or node.

None of the other skills can cast it and it’s a lot more useful than skills that don’t get cast at all.

Shurikens from shift stack. It’s one of the main reasons I run smokeweavers to get the 450% increased armour

I really don’t understand why and when you want to use lethal mirage in this build.

I tried the build and it’s very powerful and mostly very tanky. I still need to increase the “shadow dagger effect” to get the max potential of it.

Lethal Mirage gives a brief amount of invulnerability, I believe it should be used to dodge some attacks instead of shifting away from some monsters. It is on the bar for defensive reasons.

Hi, thanks for putting your build up. Looking at the gear planner last night the gear doesn’t have 4 affixes, what am I missing there?

I only put the needed affixes in, it’s up to you to fill in your defensives based on gear available to you. Check what i wrote in below the link