We have another music showcase for you! This week our talented composer Erik shares details about creating music for two zones, one of which is from the new Chapter coming in Patch 0.8.3. Slight spoiler alert ahead

The Maj’Elkan Catacombs zone takes place in the Imperial Era in the dark catacombs beneath the city. The Immortal Empire has a strong foothold at this point. The Traveler is battling a lot of creatures that lurk in the catacombs, including giant scorpions and spiders that threaten your very existence. The Turkish Dulcimer is featured heavily in the music, playing a lot of the melodies, backed up by heavy brass and strings. Two minutes into the music, there is a strong feeling of impending doom - that the world is falling apart, because it is at this point in the game! All feelings of majesty are gone as the undead battle to take over, and the living desperately stage a resistance. 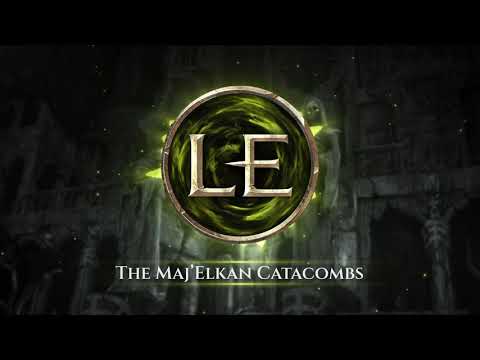 The Crossroads is the first combat zone in Chapter 9, in the Divine Era. It is a waystation just outside of Soreth’ka that acts as a meeting place for trade caravans. The scene begins with the Traveler exploring. Soon, they are attacked by a regiment of Osprix that have destroyed the buildings and caravans and are presumably raiding the rest of the main road.

Since civilization is at its peak during the Divine Era, it’s a time before the rule of the undead, so you can hear a sense of majesty and grandeur in the music. One minute into the piece, there is a theme that is played by the harp which represents the strength and fortitude of the player in their quest. At two minutes into the music, the danger lurking at the Crossroads begins to be seen… 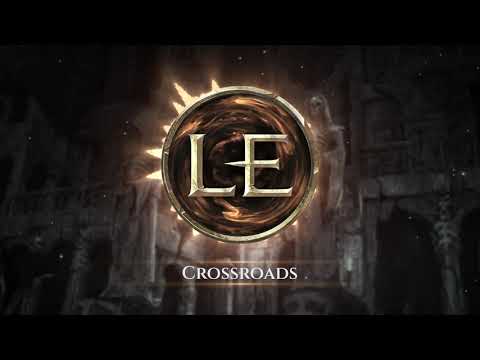 Its ok but i dont feel it as i feelt the music of D2, HOMM, RAL 1, Max Payne1, GD or POE its sound to me personaly its just made to be there

They sound ok to me - generic but familiar. Not sure if it’s because I’m not really a sound/music person and so can’t truly appreciate it

I hope over time there will be a piece I can uniquely identify. Eg Tristram in D2. Such an iconic piece.

Two minutes into the music, there is a strong feeling of impending doom - that the world is falling apart, because it is at this point in the game!

For the crossroads, definitely feel the transition at 2:15 where danger can be lurking.

I really like the sound tracks. Cant wait to here crossroads live in action as we begin our journey into chapter 9

The cross roads is the most interesting piece, for sure, I think. Not as iconic as the traveler, lonely camp, beak, and talon or forsaken trail ect… but i’m excited to see which new tracks from the new chapter that I may potentially fall in love with. For thos of you who would like to listen the the first le soundtrack, here it is.

note: Not all the in game tracks are on the official last epoch soundtrack yet.

That one sounds really really great and creates an overwhelming adventurous atmosphere. Love it.
The new 2 ones are okaish but I will wait until I hear the new music while playing the new chapters before ultimately judging it.

In general I like the LE soundtrack. Most tracks sound nice.

One thing that is missing is a main theme, that is recognizable and maybe also repeated over several different tracks with other instruments and variations.

@Thyworm made a really good video about the music, recently. 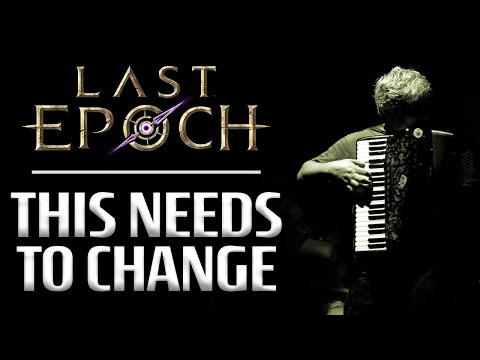 He has some very good points, imho. Especially regarding the lack of dynamic and the dissonance between the track and the feeling it invokes and what actually happens on screen.

I globally agree with @Thyworm.
The musics in Last Epoch are good. Some are OK, some are really good, I like them all.
But when in game, most of time they don’t relate to the environment or the action. That’s the main reproach I could make. Several musics adapt to the environment (like all the ones presented here recently), but not to the action and this creates a feeling of inapropriate. We don’t feel the music belongs to what we’re doing.

Yes. I personally like the tracks that play at the end of time. They are really cool.

Grinding echoes can become a bit repetitive. The current slow and melancholic music doesn’t do anything that works against this.

For me there are 3 types of music in LE currently:

It would be nice to have a theme in the tracks that belong to same era and/or area (map cluster). The point of having dynamic music transitions would also add a lot of immersion, imho.

Most of the time I’m playing LE I’ve the soundtrack running. And it’s ok. But it’s only ok when I playe LE mostly exclusively.

But playing other games just makes me realise how much better other games handle this. I really like all tracks from PoE from Thyworms video. They fit so damn well. The Ultimatum event music is one if the best in game tracks I’ve ever heard. When I heard it for the first time, I bookmarked the track on YT to occasionally listen to it.

New World has a fantastic soundtrack. The main theme is awesome and the transition from the menu into the game when the track alters and blends into the background, is insanely smooth.

I hope EHG’s composer doesn’t get disencouraged by these comments. This is not meant disrespectful in any kind. EHG is an indi dev studio and it’s unfair to compare it to triple A devs like GGG has become and Amazon already is. But maybe there’s something the EHG sound department can get out of this feedback to improve their skills and production quality.

Because most tracks are really nice.

This topic also may also not impact 70% of the player base. But this is a part of polishing the game to be “the next great Action RPG”. To achieve this goal it also needs these kind of details, imho.

Music producer with over 13 years of experience here!

I think Last Epoch music has lots of good elements here and there, but it’s lacking a distinct and cohesive theme that glues everything together and resonates the unique world in Last Epoch.

It feels like most of the soundtracks are too different and they feel a bit disconnected from the story and the aesthetics of the game.
Also the game is missing music cues at different events that should build the feeling of tension when danger level rises. It makes a big difference on how you as a player feel like when the music suddenly changes to something more fast paced and intense when you start a dangerous encounter in the game or something big happens in the story that should be emphasized.

@RawSuicide posted a good video, really well made points and good examples and I agree with everything he said in the video.

I think Path Of Exile music is one of the best references, their music is exquisite. (Not just because of the flavor, personally it took me a really long time to get used to the melodies and the feeling of the soundtracks. I only mean how the music fills it’s function to changes your mood while you play the game)

During the leveling in Act’s the music feels less dangerous and gore and even slightly beautiful/vivid at times, but quickly the tension grows as you travel further in the story and the situation in the story gets worse.
When you get to the endgame and start mass killing strong monsters and gods, the music becomes very mysterious, gore, epic and dangerous and I feel like Last Epoch could use that kind of approach. I’m not saying that Last Epoch should do PoE music 2.0, I’m just saying that there are many elements and techniques that makes the music function really well and it’s very good place to learn if you want to make this game better.

I would recommend to design a very distinct theme for the main soundtrack that screams Last Epoch’s story, something simple but with a catchy/memorable lead melody. Then create a palette of different instrumentations that you can use as your toolkit to create cohesive soundtracks easier and more effectively.

With different instrumentations I mean a couple sets of instruments that includes some same elements, but the leading and supporting instruments are changed.
What’s most important is that all of them plays well together and they have a similar tonal profile, similar aesthetics and about same key. So even though two soundtracks were played with different instrument sets they would blend well together even if you did a crossfade between them. (For example regular soundtrack>event soundtrack switch)

For example, for high tension situations like boss fights and other dangerous counters the instrument sets could use sounds and instruments that has a more harsh, strong, epic tone (such as french horns, other strong horns, electric guitar, distorted sounds, male choirs instead of female choirs) Lots of strong percussions and bumping elements in there to give more tempo and tension. It’s important to give a strong rythm, it will translate to tension.

Then alternatively the same set of sounds but with milder horns, less distorted sounds, more female choirs insted of male choirs and so on. Percussive sounds should be less heavy (or just mixed a bit softer), but still pretty strong to keep the Last Epoch feeling (whatever that is) while you are massacreing the monsters.

With this approach it gives the opportunity to compose more effectively. You can create cohesive but still different sounding soundtracks (even though you use the same melody and chords over and over again, just with a small instrument changes, different mixing style and subtle chord progression/lead melody twists).

I don’t know if this even reaches the music composer in EHG but if it does, I hope it doesnt discourage him, only the opposite. I feel like Last Epoch is a really cool game and the music has lots of potential. I wanted to share my thoughts in hopes that it would help to improve.

I just want to add in my support for the comments we have seen in this thread.

If there is one thing that always seems to push me away from Last Epoch, it is the music. It has potential, but is just missing the mark in it’s current state.

Although some of the existing music is beautiful, the music and gameplay rarely compliment each other. For me, the music in a game should draw you in and reinforce what is happening, not create a disjointed mashup of emotions (e.g. Somber music while decimating hordes of enemies just feels off).

Wow, I just heard this Shade of Orboyss boss battle remix from Squeeze, such a cool take on the original, more aggressive.: [Shades Of Orobyss Theme (Squeeze Remix) - YouTube]
This makes me want to play…

The problem is that almost all of the music sounds like a town theme… one playing while you are slaughtering thousands of enemies.

It lacks the PUNCH needed of action music.