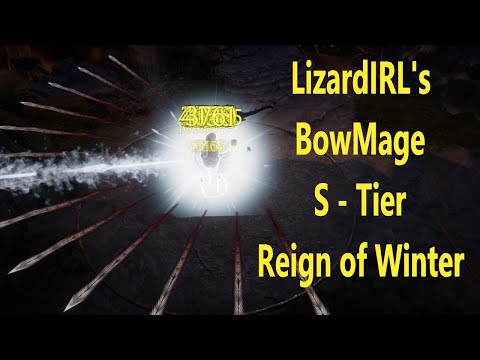 @LizardIRL Video (Watch this and Support him!) 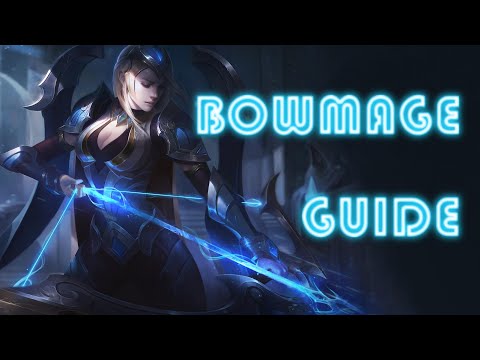 Does your markman lvling guide works fine to spec into it later in game?

I’m a bit confused here - the builder link has Detonating Arrow passives that are based off the arming time or ‘while an arrow is attached’, but also has one (Barrage) that removes the arming time completely? Am I missing something?

Yes I can see the confusion, but it is correct and ill explain.

The node “Quick detonation” Which has 2 points in it and reduces arming time is needed as it requires 2 points in it to take the node “Barrage”. Barrage is needed So you attack with a huge cone and instant explosion behind the first target you hit. This leads to many many hits especially in dense packs and that procs many many icicles which are doing the massive damage.

The second node your referring to is “Beastslayer arrow” Which increases arming time. Honestly we dont care about this node its the node after it “Arrow of delay” for the reduced mob speed that is extremely effectives in survivability at higher waves in the arena. Being able to outrun mobs is POGCHAMP territory. The reason we do not take " Frostfang arrow" node and convert detonating arrow to cold is because it kills alot of the tree and the build no longer properly functions.

If you do not care about slowing down mobs you can indeed removed the 3 points located in the south part of the tree and place elsewhere.

So you are saying that the ‘while they have an arrow attached’ movement speed debuff still works even if the arrows are being detonated instantly? Very counter-intuitive if that is the case!

That’ll be a bug if that’s how it’s working.

Very counter-intuitive if that is the case!

this is only scratching the surface to what is possible

any prediction whether the giantslayer interaction with reign of winter proc will be nerfed?

No idea. And this build IMO feels better than the straight detonatimg arrow build

Why would it be nerfed? It already has a -80% damage modifier that should be inherited by the proc.

I hope it doesn’t get nerfed. It’s so much fun. I transitioned from LA to flurry/multishot to pure multishot, and when I swapped to this bowmage build, the power was palpable. I just hope that the multiple proc’s from overlapping multishots don’t get hard-capped or something. Thanks for the guide @lizard and @boardman!

Hey @boardman21, I’m following your leveling guide and wondering when to transition to this build. It looks like the only way to get this bow is by farming Heorot at the level 90 timeline.

I’m pretty new to this game, and this is only my second char (the first one is lvl 65). Will I be able to follow your Marksman leveling guide to get this char to Heorot? Is there any way I can get the bow earlier?

Welcome to the community.
You cannot get the bow any earlier, but you could farm it with a different char of higher level if you have.
The leveling guide should be able to take you to and defeat him.

Hi there!
For Detonating Arrow, these 2 nodes don’t seems to synergize at all:
You use Barrage (No arming time) + Arrow of decay (while they have an arrow attached), but i don’t see any difference regarding ennemies speed.

Am I missing something to make it work ?

This was mentioned before, you are correct they should not be working together. I havent talked to lizard about it yet but maybe it was bugged and working and thats why their there. You can change the points around if you like, it wont change the build all that much.

Because of this build I started playing a bow character for the first time ever in any arpg. So far it is getting better and better. I am excited how well it will do in monoliths once I have all the benefits from the Story quests.

Do you have suggestions for what passives to prioritize as I go through this build? I’m at lv 73 and I have my points scattered around in all the nodes with some maxed, some left at whatever minimum was needed to move on. Not really sure the best path to take for this.

It might be nice to have some intermediate passive trees in these guides. It doesn’t need to be like the leveling ones since you aren’t going to be really playing the build until endgame, but it might be nice to break it down by say a lv 55 tree for just starting endgame, a lv 70 tree for when you get access to the bow (or some equivalent midpoint in a different build) and then the final lv 100 one.

Why not use Troaka’s Teeth ?
For my character who has not as not yet reached 80+ dexterity it increases Icicle damage.