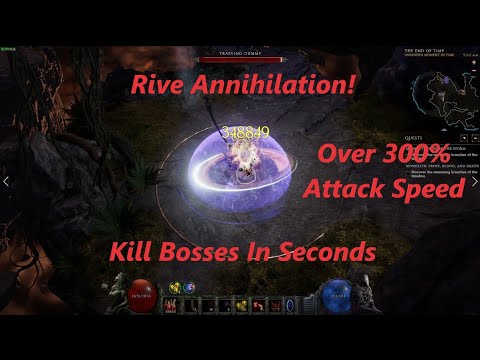 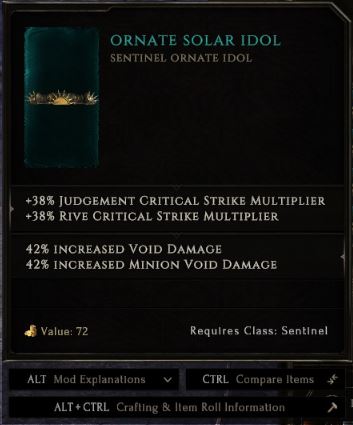 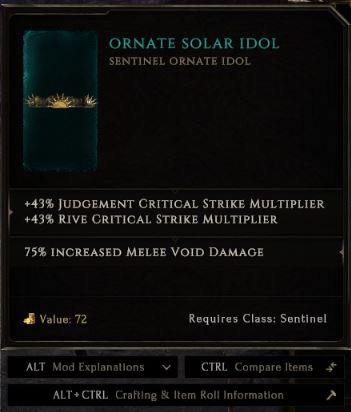 Thank you for this, it is awesome. Finally how I pictured a void knight should play. I use Devouring orbs with this and its awesome.

Hé Hello, great build, my first Night Build in Last Epoch. How the hell do you get so much good stuff mate. you must be lucky like fuc…k …

Crafting & having collected a lot of gear over the years.

Lucky basterd he is :), but i guess when the multiplayer is coming everything will be online offline gear…

Gambling is an addiction
Am I truely lucky?

I need you Gambling Luck…

Hello .
I have a problem with unlocking the skill tree.
I play Sentinel, I have 83 plv, unlocked level 25 on the tree, but I cannot unlock Paladin above level 25, apparently I have to complete some mission to unlock the mastery? what should I do . Thanks for the hint

As I asked in your other thread, have you chosen a different mastery?

sorry but unfortunately I don’t remember. where can i unlock second mastery ?

You can’t, that’s the point. Open your passive screen & if one of the bottom 3 tabs says “mastered” then you’ve chosen a mastery (which you have to have if you’re lvl 83 & completed the campaign).

now I can see I have - Void Knight

can I change it now to unlock Paladin now?

No, as you would have been told when you chose it, you can’t respec your mastery.

it’s a pity I have to build a change then.
Thank you very much for your quick response and help

Hey Boardman, question for you on here. I noticed that you don’t have any crit avoidance on your gear. Typically I get crit avoidance on my ring/belt/ring to hit the 100%. However, Sentinel has the gearing option for chest/helmet to get 70% there instead. To hit the 100% CA, would you say it’s better to lose 140% void damage on the chest/helm in favor of the 70% CA, letting you use other affixes on, for example, the belt (hybrid health and % health, rather than giving one up), or is it better to sacrifice those affixes?

Asking because I’m at around lvl 87 on my VK, and finding myself quite squishy despite 1400 hp, stupid amounts of leech and maxed resist across the board, with around 34% armor mitigation too. Still hitting like a truck (easy 85K crits regularly), but finding that on higher end content I am suffering some ranged 1-shots. Only have 54% crit avoidance, and wondering where to swap that out to cap it.

any news on this? Build still viable?

This baby is still alive and kicking.

Yeah! thx! than this will be my new toon

Hi, I’ve been working towards this build and there’s one thing I’m kinda having issues with - When I set lunge and smite to autocast, lunge keeps pushing the cooldown of smite back, causing it to rarely be cast once I’ve engaged an enemy or pack. I’ve tried delaying the intiial cast but they always end up lined up together. As far as I can see, the only CDR in the build is from anomaly and I have that, so I’m a little stumped. Could it be related to using “move and attack” to use rive?