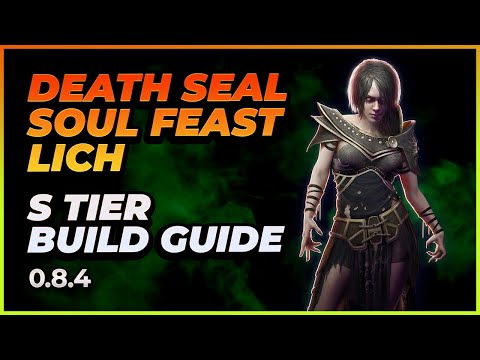 Hi, I’m not really interested in the build itself, but I watched a part of your video just to see the interactions and maybe learn something for future use of my own builds. I have a very important question: How do you keep Reaper Form active at all times? The health drain from Reaper Form increases every second, which means that at some point, no matter how much leech you have, it will end. This is the one thing I want to know.

You can’t. Your health decays faster and faster so that you eventually can’t sustain it.
Good builds can keep reaper form up for one or two echoes, but after that they will let it fade then reactivate it.

See the replies from Heavy & Llama on this post:

Hi all I am no pro or hardcore player, but have played Diablo2 at day 1, D3, POE, Grim dawn etc… First of all awesome game devs!!! General feedback PRO: Best end game loop of all of the above, great work and ideas… Awesome crafting, I actually us it, and is usable, unlike poe where I just go and buy items Thanks for not having 5million currencies like Poe, love and hate that game, her this is not the case Thanks for allowing builds where you have time to use a flask, and dont get 1 shotted …