Zup Guys, Today we are going to move into the #1 dps build for the videogame Last Epoch. The damage output is insane. Easy 50 to 150k crits are possible with this build guide. I havent seen anything close to this in 500 hours of playing Last Epoch.

Marrow Shards does not need mana and we pushed the damage as high as possible. 50% Critical strike chance and a high multiplier will make bossfights easy and fast XD also we are using a very high cast speed rate to get 2-5 crits per second. 1 million in 2-3 seconds! 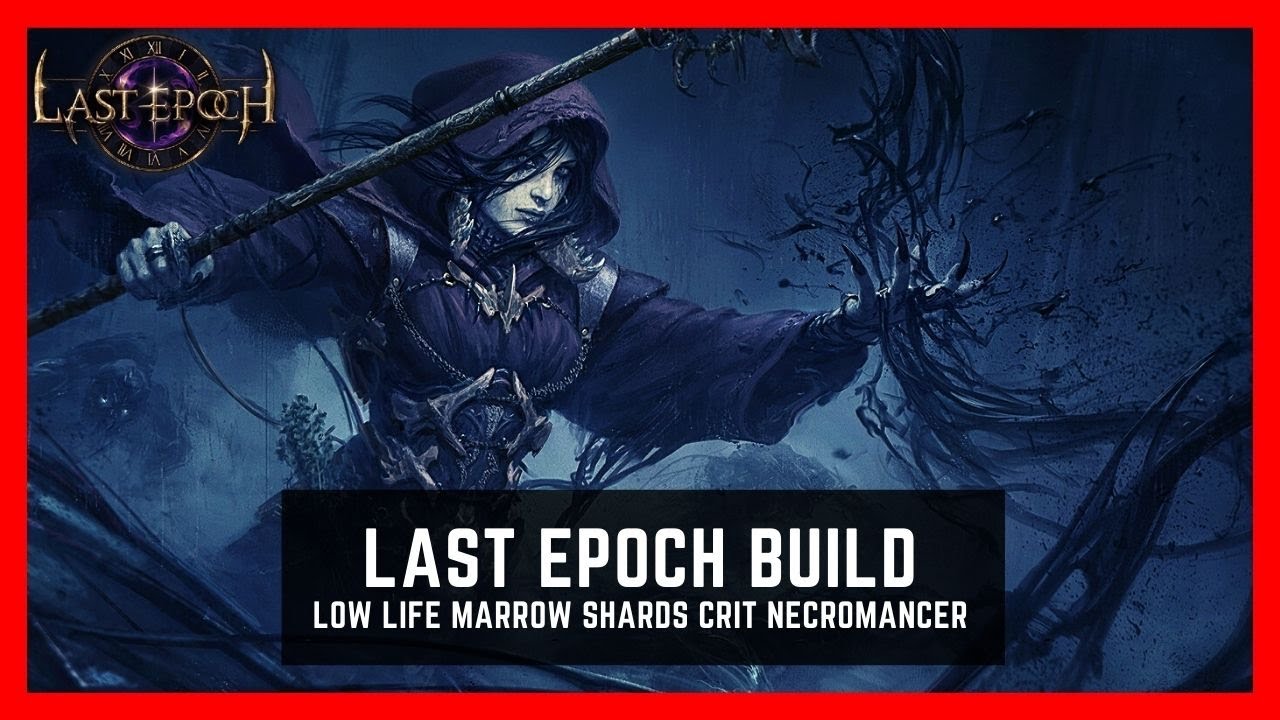 Did you test the “Orchirian’s Petals” Relic with this build?

Hey , yeah tested it as well.you get a slight faster cast speed. you just basically loose almost 50% crit multiplier what is a lot. But yeah you can use ita s well for sure

Out of curiosity, what’s the damage like without the Illusion of Pain node on Bone Curse?

Edit: Also also, I wonder if swapping the crit multi roll on your amulet to a phys pen prefix might give you more damage.

Hey @Llama8 always love your reviews and suggestions they help a lot and im even able to push my builds, thanks again for that!

it looks like its around -50% so this note helps a lot for bone curse dps - its anyway just for trash so maybe putting this point into something else would make sence as i dont have a 6 sec cooldown then.

Not sure which double cast note you mean that costs health? from bone curese? marrow shards has the doublecast chance score but it doesnt cost health.
EDIT: oh yes just found it sorry marrow shards costs health to double cast XD reading sometimes helps XDD exactly low life so that is not a problem

thanks for that on point calculation! almost missed that

I was just curious to see how much of the damage Illusion of pain was responsible for. It would also be very effective on bosses, since it procs on every hit, it takes all of your crit multi (which is a lot!) & since you’re getting a lot of hits (double cast + generally having a decent cast rate) it’s probably quite a bit of your build’s damage.

Probably quite a bit since you’ll only ever get the auto-crit +150% more every 6 seconds. Everything else will be as if that node doesn’t exist. It might even be worth not taking that node.

You say you havent seen anything like it… well take a look at +10 million in a second or two.

hahah yeah sick. he was using a bug. has been patched already but still doing a lot of dps.
thanks for the info
Updates Initially posted December 8th 2020.
my build was posted on Nov 27

the power of clickbait XD it just has to be true, youtube vid got a 15% ctr im sure i would have that with boring 150k title

hahah yeah sick. he was using a bug. has been patched already but still doing a lot of dps.

It wasn’t a bug, it was just an oversight of the devs, not realising some interactions (namely an uncapped % more modifier per bleed stack).

He men, love the video you made… I am really a fan of the necro so i make an new build from zero to leave the other necro like it is… Keep it coming nice job.

thanks mate, yeah im also a huge fan of the Necromancer class in Last Epoch. Feels so good and is so much fun to play. Need to start as well again a new Necrobuild (thinking about a minion build) from scratch

Happy holidays to you too, i got finally all the skill up and running at lvl 66 and the dmg is just crazy when you have the dread shade up. i got for now 1/3 from you dmg and it’s all rdy feeling good… The way to this lvl is a little pain in the ass but yeah we now this on a fresh build right.