Hey everyone,
I went ahead and made a build video for this. I had to use my basic video editor that came with my computer so forgive the quality. We are getting an easy 1-3 Mill DOT on this build. Let me know if this video is useful to you as this is my first ever build video. 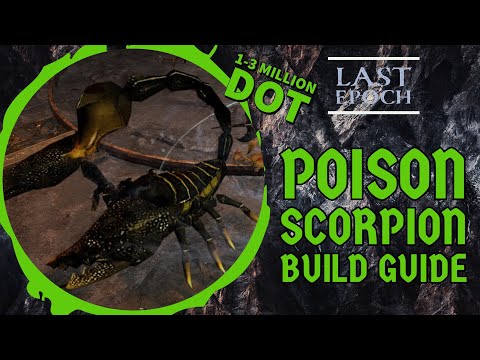 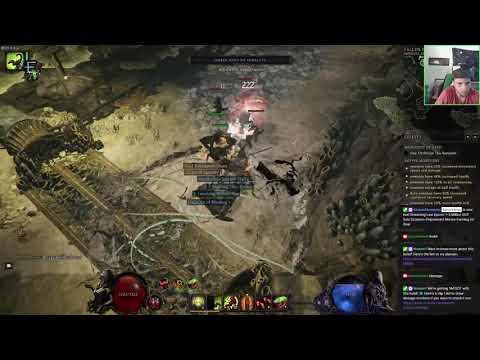 Neat dmg numbers, Im hooked. But how about a clear video? Your videos show impressive bossing and dummy sparing, but tend to avoid to show how this build performs in what makes 95% of gaming time.

Here is the build clearing an empowered monolith, I haven’t pushed the corruption too high yet as I could still use some upgrades in gear(T1 Aspect of the viper effect on body armour

). I have pushed the build in arena to the 150-200 mark, and I am sure someone with better twitch gaming skills good do much better with the build (my reflexes aren’t what they used to be) Thanks for taking an interest in the build.

Hey everyone, SO I don’t really like releasing my build planner until the build is complete, but I had a few people ask me to show the build so I decided to go ahead. I am aware I need more HP Crit avoidance and resistances here. Essentially what you will do is cast the poison pool to start your poison stacks, then cast frenzy totem which will allow you to cast poison pool again for more stacks, then use Etteras blessing to amplify the damage. This is just how I do the build and I know there i…

This was my original post, before I decided to do a quick video out of request. Maybe I should have left the build video on the original post. Alot has changed with my build since I had posted this. Sorry about that

cool build, nice to see someone using ol Scorpion. Ive played DoT BMs back over a year ago Raptor used to have a node that consumed all bleed stacks for massive damage, used to be able to kill the training dummy - DoT pets are amazing vs bosses but pretty bad at clearing monoliths speedily due to how they deliver damage

With LE now with corruption stacking you need to decide if you want to push the build or just stay at low corruption…if you dont care you could be fine in empowered but might die occasionally but I think your build has way more offence than def, and theres a few changes you can make to make it a lot tankier however you will have to hit mobs more

I updated your build planner - Beastmaster, Level 91 (LE Beta 0.8.2g) - Last Epoch Build Planner - I changed 1 skill, 1 skill specialization and some passives, there was another skill I had in mind Maelstrom but you need to autocast it and probably will run out of mana spamming it

I have a lifebased Crow build with similar passives as I showed above, dual wielding for 15% more damage taken, capped resist, no dodge and approx 1700HP and I randomly almost die at corruption 130 from some hits - Beastmaster is pretty squishy. I think end end game low life might be best… but much different gearing

Thx for the video.

Thanks for the response, you are right if build up a lot of corruption empowered monos could start getting tough, but it not to bad right now on low corruption. Luckily my gear still has a ton to be improved upon and i hope to get some more crit avoidance/health regen/endurance. Also this is my first go around at blessings for this build and haven’t even gotten all of them yet (i think i still need 2 more) so I think it has some room to gear for higher corruption monoliths, I plan on putting 5 points into Primal Strength as my last 5 point 95-100. I have tried the build in about 10 different ways including war cry and this is just what feels smooth for me. The good news about this build is that there are a few different variations you can run and still achieve good DOT damage, you can even use fury leap to get the extra attack and movement speed upon landing and it still outputs close to a million DOT pretty easy. I encourage everyone to tweak the build until it suits them and in theory they will do pretty good with the build