December saw the introduction of the Eternal Legends update. This introduced one of the new endgame Dungeons: Temporal Sanctum, Legendary Items, an overhaul to crafting, and an overhaul to the Druid mastery. We’re happy to say this new endgame system, and the addition of legendary items to provide further solid goals for players has been very well received. This patch resulted in not only continual growth of player numbers over the first month following release but the highest overall retention we’ve seen to date.

Looking forward to patch 0.8.5, we have some exciting news to share with you today. 0.8.5 will bring an exciting batch of content into the game for players in Eterra to explore. From endgame content like two new dungeons and updates to our Arena system - to visual improvements across the game, like new 3D models, weapons, and combat VFX and feel. We are also putting a lot of effort into improving our tools to find, track and fix performance issues.

In addition to the new content above, behind the scenes our 0.8.5 development cycle has a massive focus on multiplayer. We have more dedicated developers devoted to multiplayer this year than at any time in Last Epoch’s history, and we are actively paving the way towards our first community test.

As our development path towards 1.0 comes closer into focus, we have an update to share on some of our longer-term development goals for Last Epoch.

We now have a better understanding of what our focuses need to be for 1.0 to ensure Epoch is ready for a large audience, and live operations development for years to come.

As we’ve continued to develop and shape Last Epoch around community feedback (thank you by the way), we have realized that some features have needed to be re-evaluated in how they fit into the world of Eterra, and thus removed from this development card. This does not mean we have plans for any less content for Last Epoch, just that these items no longer fit into the core experience in a fun and fluid way as they were envisioned. 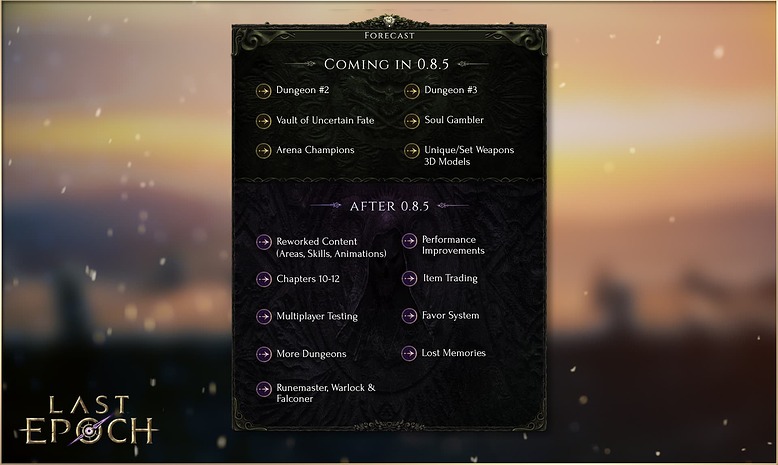 Right now our efforts need to be focused on overall game quality, higher performance standards, server load, balance, story presentation, and more to ensure we’re on the right foot at 1.0 to give our community, and Last Epoch the successful launch it deserves.

We fully understand this message may come as disappointing news to some who were waiting for a specific feature to drop into an upcoming patch. We want you to know that we remain committed to our ongoing development of Last Epoch and in time we will deliver everything the game needs, and our passionate community deserves.

Two features we’re removing from the card are Gates of Memoriam, and the Epoch’s Call system. We have removed the Bazaar from the card and added item trading in its place.

Gates of Memoriam was planned as an endgame system that was more rooted in the world and timeline of the campaign, in contrast with the Monolith and Arena. However as we discussed and developed the idea more recently, we decided that the prospect of revisiting the actual campaign zones did not fit well into Last Epoch as it exists now or our visions for it in the future. We feel that the Dungeon system more effectively fulfills this role of a repeatable endgame system that takes place within the world of the campaign, and will be expanding on it in 0.8.5 with two new dungeons.

Epoch’s Call was intended as a mechanic for directing players towards specific randomised content in the Gates of Memoriam and the Monolith of Fate. However as we no longer plan to go ahead with the Gates of Memoriam and our vision of the Monolith of Fate has evolved a lot since 2018, Epoch’s Call as it was originally envisioned no longer has a clear place. With that said we are still dedicated to improving monolith randomisation. These sorts of missions that direct players towards specific pieces of content in endgame are still something we’re considering implementing. However, if implemented, they’re more likely to be a part of the Favour system rather than Epoch’s Call.

The final system we want to discuss is the Bazaar. We spoke to our ideas regarding the Bazaar in the Multiplayer FAQ in July of last year. Since then, we listened very carefully to all of the dialogue concerning trade and had a lot of conversations internally as a result.

After a lot of discussion about the various challenges to our proposed direction, we no longer feel that the Bazaar is the best way to go about player trading in Last Epoch. While player trading will still be a part of the game, we’re planning to take a different approach. We will be talking more about our reasoning here, as well as the future of trading in Last Epoch, in a dedicated post in the coming months.

Temporal Sanctum was the first dungeon we added to the game in the Eternal Legends Update. It offers the first iteration of map randomization, a unique mechanic, a boss encounter, and last but not least, its own reward. In the future, we plan to expand the Dungeon System, introduce new challenges, and make the end-game more diverse.

Patch 0.8.5 will bring two new dungeons with their own theme and mechanics to Last Epoch. Players will encounter two new terrifying bosses and after defeating them will get access to new rewards - the Vaults of Uncertain Fate and the Soul Gambler.

We’ll talk more about the mechanics and rewards in the coming weeks.

With 0.8.5, we’re going to be introducing a new arena mode. In this mode you’ll find yourself in the arena against a set number of waves, eventually coming face to face with one of the new Arena Champions. These champions have had their own fair share of experience in the gauntlet and know which way the pointy end goes - you may even find them using a trick or two of your own against you. You can defeat skullens, imperial commanders, and even dragons, but can you defeat another master of the arena?

Players can find hundreds of unique and set items in the game. And while the unique items have great 2D art, the vast majority of them don’t have 3D models to match. Patch 0.8.5 will bring the first batch of new 3D models for dozens of unique and set-based weapons and shields. 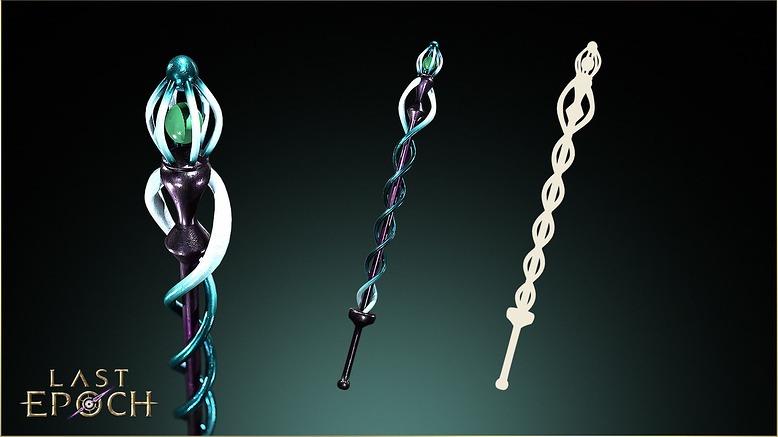 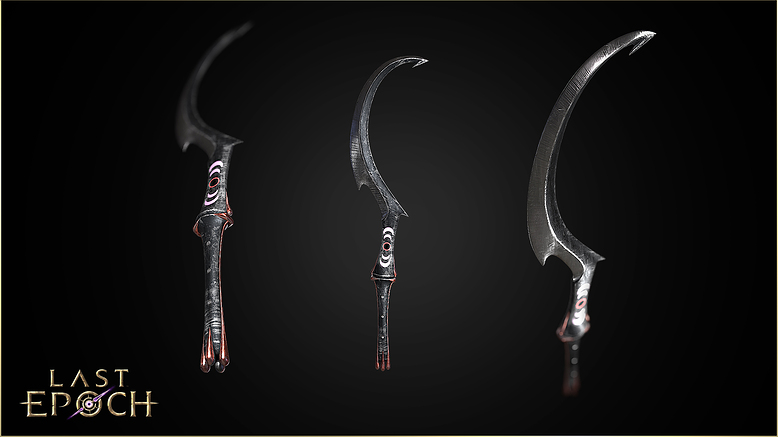 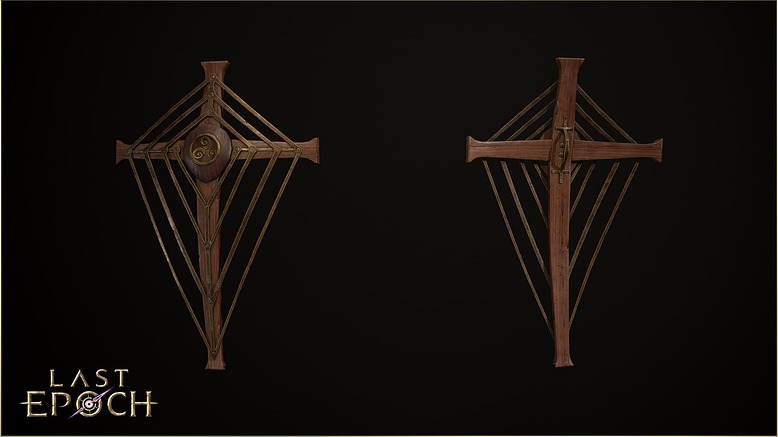 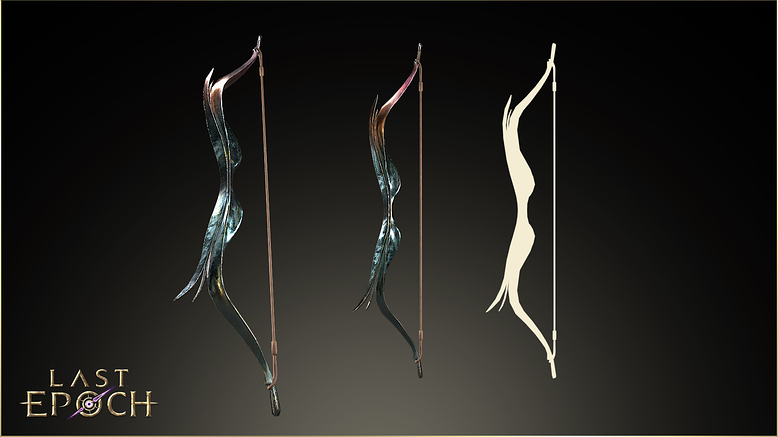 Adding new armor sets to the game is an ongoing process and patch 0.8.5 will bring several new ones.

In addition to the armor sets, Catalysts will get a complete overhaul with new implicit affixes and 2D/3D art. 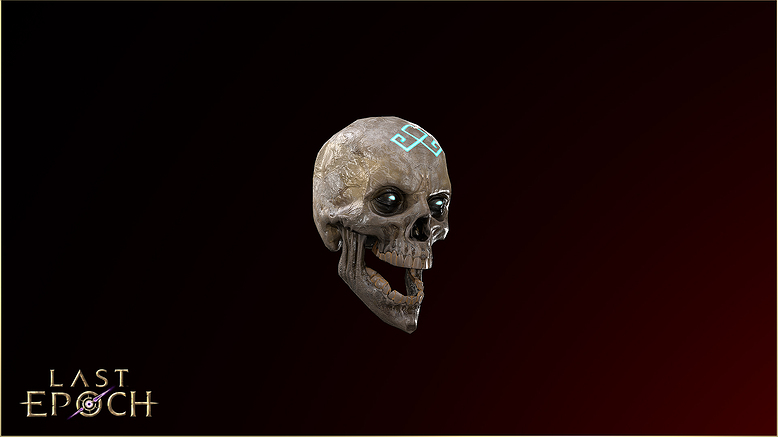 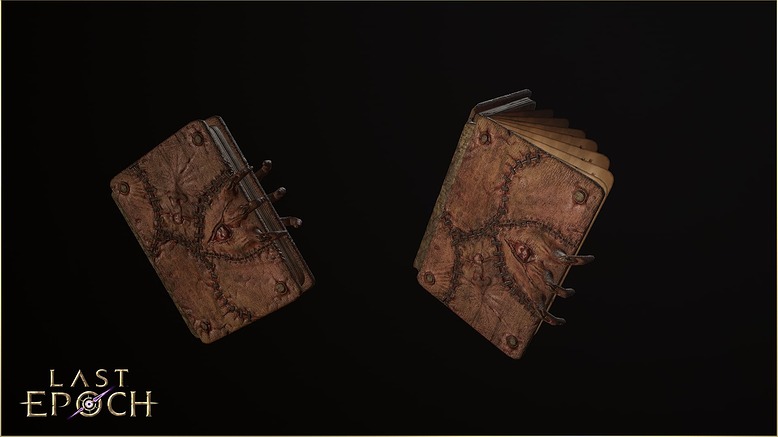 We’ve also taken this opportunity to revise some animations, and our playable characters will get brand new animations when using Catalysts.

And this is not all. Behind the scenes we’re constantly working on many other smaller but important changes. With 0.8.5 we’ll see many of these game experience changes; including new enemies, improvements to animations of some of the older enemies, an improved dialog box, more voice-overs, and improvements to the visuals of some areas.

We can’t wait to share the details with you in the upcoming weeks, so keep your eyes on our socials. Patch 0.8.5 will be released this March.

Ooo I was waiting on this

I get to fight Lizard_IRL in the arena?? Pog

All that sounds good and very promising!
Glad to see once more you don’t hesitate to change direction sometimes, when it is needed.
The game is already awesome, it wil get even better!
BTW, I don’t want to fight Mike in the Arena!

I really hope there is no direct player-to-player trading. That will pretty much instantly kill the game (bots, RMT).

However I am a bit disappointed by the Bazaar/Trading change.
Every discussion on this was purely theoretical and EHG already changing their plans based on a lot of assumptions that have been brought up in the threads, does give me a bad feeling, when looking into the future >.>

It’s weird, because EHG did stay very true to their initial vision, with a lot of design philosophies (Mainly Mastery not being respeccable and skill respecs in general + auto-loot)

I truely hope that they still have some good ideas for trading and I am keen to see them.
I just hope that we will get some more interesting ideas from EHG, that are not “typcial” for ARPG’s and lets them at least see in pratice, before changing stuff based on community feedback.

I always feel that community feedback, based on assumptions and theoretical stuff is not very good for the most part.

I hope that EHG does try to make their game and not a game, that does try to please the majority.

We love the consistency, EHG <3

I truely hope that they still have some good ideas for trading and I am keen to see them.

I feel like you, but I’m very confident they have some new idea in the good spot.

Actually wild cannot wait to play this! Keep up great work love your direction for the game. the bazaar feedback was my biggest concern glad you addressed it. <3

I enjoy the “get items through my own effort” style of balance, and it worries me if full trading is on the table.

Basically If people wanna trade im fine with it, aslong as the balance isnt made bad because of it.

Yeah, I am worried about the possibility that this may just be POE trading 2.0… hoping they surprise us with something innovative and more like Bazaar than direct-trading soon. A bazaar style trade system really intrigued me with this game from the economic perspective.

Yeah, we don’t know what this other trade system will be. It’s just removing the initial Bazaar idea. There could be restrictions. I am intrigued to hear what they have come up with and I hope it’s still innovative. Whatever they do it won’t please everyone. As long as RMT/botting is mostly mitigated, it will be well received.

Whatever happens with trading, please just don’t let it come to that point where it’s unresistricted and droprates and other stuff need to be heavily balanced around it, making SSF harder to enjoy in the process. That’s what drove me away from PoE personally.

The big difference is that in PoE, getting your own gear that’s actually good is nearly impossible without a lot of luck and money. In LE, it’s beyond possible. Especially to get “viable to play” gear which even in PoE can be a massive challenge.

As long as itemization doesn’t get nixed, as was mentioned, it should be fine in my opinion.

I got hyped about next patch and I still havent finished messing with this one.

Watching the game evolve has been a great experience. Can’t wait to see where it ends up when all the pieces fit together.

I am really looking forward for the optimization, and the new dungeon rewards.

I’m curious to see how they’ll work in chapters 10-12…I’m assuming those would take place before empowered MoF, but would it be BEFORE the leveling timelines? I’m probably going to play through the game on a new character (my 2nd) and pay a bit more attention to the story this time.