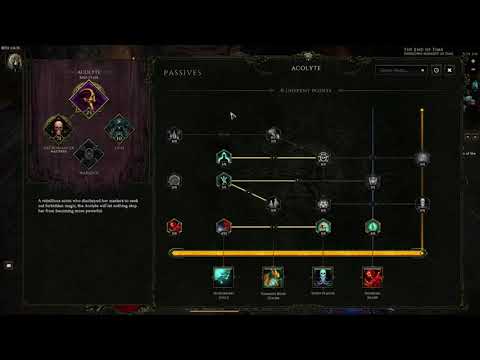 There’s just something about Zapp’s boasting of slaughtering his own squadron just to defeat the Killbots on a mere numerical technicality that’s intoxicating. This Necromancer build honors all of the brave men that Zapp has “nobly” sacrificed by raising them out of the ground… so we can kill them again. 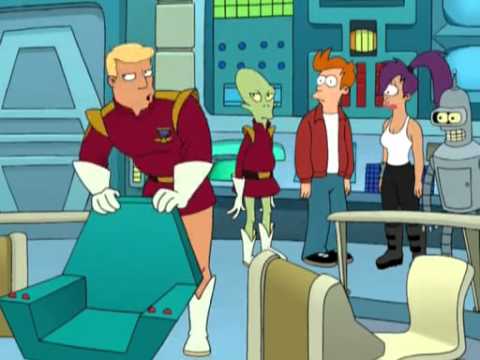 The video should provide a good layout as to how the skills interact with each other. I wanted to also include a dummy video to showcase each of the ability’s damage, but adding it with everything else would have made the video too long. So instead, here’s a succinct description as to how each skill contributes to the build.

Why take the Archmage node on the Summon Skeletal Mage Tree?
The way the Skeletal Mage Sacrifice skill works is that the Mage uses its normal projectile attack until a Warrior or Wraith comes within melee range of an enemy. The Mage then uses its next attack animation to Sacrifice the minion. If there are any more minions in melee range, the Mage will continue to Sacrifice one-by-one until there are no more minions in range. I have tried this with the normal 3-4 Mages, and they would wipe out my Warriors and Wraiths to overkill the first wave of enemies, and then nothing to handle the subsequent waves. Having the Archmage makes this a much smoother performance, where the damage is applied to each wave while the Wraiths do some good damage on their own, especially under Dread Shade.

While the Mage’s Sacrifice does not use your own skill tree, I assume it uses the same “added damage applies at 200% effectiveness” effect as our Necro Sacrifice skill. By giving lots of flat damage, gearing so that we have as close to 100% Crit chance for Skeletal Mages, and using Death’s Rattle and Turquoise Rings for Minion Crit multiplier, the ArchMage Sacrifice is neck-and-neck with Volatile Zombies Crit Explosion for doing the most damage for single-target.

For defenses, getting 100% Critical Strike Avoidance is the most important thing, as it will provide the most assistance against random one-shots from an enemy ability. Once you guarantee that (either from equipment or getting the Empowered Blessing), you can go over to having more Life and more Endurance. I can breeze through Empowered Monos at 100+ corruption as long as I don’t stack too many +damage modifiers, so I can only imagine the survivability going way up once I’m able to get Endurance and more HP.

Gameplay you can see in the video - the important thing is to keep your Skeleton Warrior count high as it’s the way to recover your Mana to sustainable levels, and summon Zombies next to you when you have a bunch of enemies dogpiling on you so you can gain Health and clear your immediate area. The Death Rattle Unique is required for this build, as the “20 Health on Minion Kill” is the best thing this build could ask for in terms of sustaining yourself, since multiple minions are dying every second under your control. As Zapp Brannigan boldly proclaims, “When I’m in charge, every mission is a suicide mission.”

Tree, I am loving your build and I am easily blowing things away. I was hoping for a loot filter. I tried someone else’s from an older build but to simply put it, it was a complete disaster. Their idea was similar but their loot filter concentrated on too many exact things like one weapon type to exclusion. I like wands and staves among other things. Like right now I am using a shield and a wand which I have Never done before. Pretty soon, I am going to be using the Wraith staff. You know the one. It’s in my bank though and I have forgotten it’s name lol. Can you suggest a loot filter that may work? As for now, I am working with none since they aren’t really mandatory. It just means I have to pay more attention to names and ALT over the ones with the names I need.

On a side note, I have never used Dread Shade before. I understand how it works but who would you suggest the target of the spell to be?

I am running a somewhat similar build and imho i found that running 5x death knights to be much better. More detonations = more zombies + more ward. You are missing on a ton of ward - why not take Vital Ward, which is the most amazing node in the zombie tree?

With this setup 60% of your skeletons are comming back after 3 sec for free. Your skeleton mages detonate them 5x faster compared to the Lich setup, which gives you x5 ward and summons x5 times as many zombies. All your mana needs are covered by the skeletons dying themselves. When they come back they cost no mana. So roughly if i summon 9 skeletons for 90 mana i get back 270 mana (9 die, then 5 come back, then 3 come back, then 2 come back)

I tried to record a video, but my video card is just not up to snuff. You can nevertheless see my ward going up to 5k at times. Vs bosses i reliably sit around 2-3k which allows me to be pretty safe.

The damage might seem low on the video, but please note the corruption mods.

I hadn’t thought of using the set Shield - 40% to have the Skeletons come back sounds like a lot, and definitely alleviates my concerns about them being too RNG for my tastes. I went with the Archmage over the 5 Mages precisely because things were blowing up way too fast, but if the Skeletons can come back that quickly, that would solve that particular problem.

I didn’t take the Ward Generator for Zombies because I like having a burst heal option; it helps a ton when you’re taking multiple small hits and don’t have much of a way to replenish your help. Once I get better gear and have more sound defenses, then I would ramp up the EHP and take the Ward nodes.

Too bad the potato video couldn’t help, but thank you so much for sharing your build. I personally don’t like requiring T6-T7 defensive affixes for a build, so I start with what a reasonable gearing would look like, but once you have the items, the sky is the limit.

Never mind my mentioning the Loot Filter before. I am liking running without one anyhow but as to my second question about Dread Shade. Having never used it before, can you suggest what the target should be? I know it has to be one of my own minions and I figure not a wraith as they die too fast and we don’t want the Archmage dying so I’m guessing the only option is a regular warrior but I want to make sure I’m not missing something.

PS. I’m going to stop using Aberrant Staff. Yes, having 12 extra wraiths does rule but I just hit level 40 and I can already see that when I reach 50 and can put Dread Shade as my 5th special skill that if I was using Aberrant Staff and it was still decaying my warriors, which I am guessing are my Dread Shade targets, that it would bite into my Dread Shade uptime pretty hard so that’s worthless. Plus I have a decent wand and shield I can fall back on for a long time.

You don’t actually need all of my items, just the shield. Mine is just level 100 char that has farmed monos for a while

The beauty of using ward is that it is proactive. If you are full hp health does nothing for you, but you can still stack ward and give yourself another defensive layer that also helps a lot against 1-shots.

Sorry for not answering your question about loot filter. I don’t have a fancy one, but I do emphasize affixes that are practically mandatory for most builds:

It serves my purposes well. For Dread Shade, I target the Wraiths and Skeletons specifically; you can throw on 2-3 Shades at a time and have the pets disperse out to clear out the screen. You can use the Shade on your Archmage, since he’s very sturdy and doesn’t cost that much mana to replace, so the occasional resummon of the mage doesn’t bother me.

Meanwhile, I do use the Aberrant Staff in a different build; I’ve been testing it side-by-side with a different type of Necrotic minion build. Aberrant Wraith build beat Majassa easily by Level 55, since the DPS was so good that I forced her to spend most of her second phase healing. The other build I couldn’t beat her until Level 70, and even that included several deaths (not this build, it was already in place before Majassa came out, so this build was OP for her). Just trying out multiple options here and there in order to give feedback. TLDR: Aberrant Call is great, but needs a different type of build to shine.

Sorry for the late reply,

First, do you have that Aberrant Wraith build posted somewhere? It sounds interesting for the next time.

The problem I am running into with Aberrant Call in this build isn’t really the staff’s problem. It’s the fact that I haven’t hit the node in the summon skeleton tree which allows me to summon multiple skeletons at once yet. Using the staff, my skeletons are dying almost as fast as the wraiths and I keep having to rebuild my army constantly. It’s not that big of an issue. I have plenty of mana and mana regen but it definitely keeps me busy lol. It does kill everything though lol. Speaking of summoning skeletons, by pure chance I found the bone ring that allows me to summon 1 extra skeleton so now I can summon up to 9 skeletons at one time.

If you don’t mind my asking, I have two Aberrant Staves. One gives 12 extra wraiths which I LOVE but gives 79% extra minion damage and 62% mana regen. The other staff gives 7 extra wraiths I think it was but it gives 114% extra minion damage and 36% mana regen. I’m uncertain which one to use to be honest. I can slaughter the screen with a ton of wraiths, in which case, I think your idea about putting Dread Shade on the Mage is the best idea. Or I can go with fewer wraiths and less mana regen but everyone does more damage twice as fast since I have more than half as many extra wraiths (7 instead of 6 wraiths which would be the 12 wraiths, so I would be doing a little more damage). I wish the mana regen was better on that second staff. Which would you suggest if I stick to Aberrant Call? Right now, I am using a wand and the Soul Bastion Shield. My resists are pretty high for the most part except for void and fire, all the rest are above 75 by a decent amount. Enough that Marked for Death doesn’t really matter.

Trying this build out, and it’s way fun. Leveling now, about 47, so we’ll see how things go.

The only trouble i find is that i very rarely used dread shade, i find it too much work to attach it all the time, since the attached thing usually blows up seconds later.

I really like infernal shade, so I might give that a try and keep the build fire instead of necrotic damage. Then the infernal shred gets resist shred, which would help against bosses.

Thanks for the build write-up !