Why did I die?

Playing a poison aura of decay lich and just got my first arena key. As soon as I arrived in the new arena after completing wave 30 I immediately died on arrival (killed from by a golem of some type). I had no time to get into reaper form or do anything.

I have 100% crit strike avoidance from woven flesh. And all resistances capped. I’m level 63.

Any clues as to where to look for my weaknesses would be much appreciated.

Edit: Should have included my build planner. This is my lich at lvl 68 but I have the same gear that I did when I died at lvl 63.

Could you use the planner to share your build? That would help us have a look at it and give some feedback. 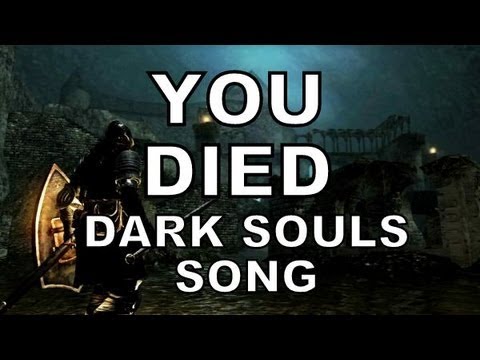 You don’t have much life and your endurance threshold is rather low.
But you’re not supposed to die instantly, lethal attacks are telegraphed and you should have time go enter Reaper Form. Or was it off cooldown?
The main issue I see is the too low life for a Lich.
May I summon @Heavy ?

Thanks @Shtrak - very much appreciate the feedback. Of course, happy for you to bring in @Heavy.

But you’re not supposed to die instantly, lethal attacks are telegraphed and you should have time go enter Reaper Form. Or was it off cooldown?

I’d waited for Reaper Form to finish it’s cooldown before clicking to transition to the next wave. I had just finished wave 30.

As soon as the load screens for the transition to the next Arena map disappeared, I died. No time to do anything.

The main issue I see is the too low life for a Lich.

What size of health pool would you expect at my lvl? I’m new to the game and have been following this build: Last Epoch Build Guide: Immortal Lich (DoT Acolyte) | Fextralife

I realised after I’d already put some time in to the build, that defences had been re-worked by EHG and this guide was out of date. I liked the playstyle though with Hungering Souls and Wandering Sprits and decided to try and work out how to rework the build myself.

I’ve not really worked out the best approach to replacing the reliance on set glancing blows that @elnawawi has in this build though.

I’d waited for Reaper Form to finish it’s cooldown before clicking to transition to the next wave. I had just finished wave 30.

As soon as the load screens for the transition to the next Arena map disappeared, I died. No time to do anything.

I don’t know if it could happen, if your system is loading very slowly, that the first wave in the new arena does spawn already, while your loading screen is still up.

What size of health pool would you expect at my lvl?

You should aim for at least 1500 Health. You are still missing some Health from level ups, but you don’t have any defensive layer besides resistances.
Resistances are not sufficient as the only defense.

I am currently not at my desktop, so I can’t give you in depth analyze.
But try to increase your maximum health.

Acolyte has insanely good idols for health.
Large Idols (1x3) can give up to 9% Health + 54 Health and you can fit in multiple of those.

Maximum Health will also tremendously help you sustain AoD, due to the Abscene of Life Node giving %missing Health.

I will try to give you some more specific suggestions, once I am back home on my desktop.

To that end I have a few spare prefix slots on some gear, and I was unsure whether to drop in some points of int or vit. Would adding vit be a good approach?

I don’t know if it could happen, if your system is loading very slowly, that the first wave in the new arena does spawn already, while your loading screen is still up.

On my system loading screens between arena transitions are only a few seconds and yes, the enemies were already spawned when I landed. Is this not normal?

Thanks @Shrukn - a useful benchmark. I’m intrigued about the shield rather than a catalyst - what’s your rationale? Or is it simply that you dropped purple +125 health?

Ive tried all sorts of setups over time, ive used Plaguebearer Staff and had a resting hp of 15% as I didnt use the heal node on AoD, used 2H rare staff, never used a Catalyst, not sure why you would? The catalysts give crit and ward per second which just melts immediately and im not sure if you can roll Healing Effectiveness % on catalysts anyway which was why I switched. The shield is pretty insane for this build for the rolls.

So a while ago I started testing stacking Healing eff, and was aiming for 500%, I think im at 400% in reaper form which allows you to just ignore hp regen completely which was odd as at first I stacked HP regen and had 215ish and could sustain AoD but you cant sustain the ‘drain hp’ in the lich tree so I gave up on HP regen

The next part of making this build work well is Deathseal which I didnt like at first but with deadlocking your hp at 33%, but then EGH added endurance now you switch on seal when you want extra damage from death wave/poison procs/damage boost and massive dmg reduction

yes, the enemies were already spawned when I landed. Is this not normal?

I’d say no, it’s not. You’re supposed to react to telegraphs, so the game should not start popping mobs before you’re available. Maybe this should be considered a bug and reported as such.

Thanks for explaining @Shrukn - makes sense!

never used a Catalyst, not sure why you would?

Food for thought - I need to think a bit more outside the box!

Edit: Also @Shrukn I noticed that you haven’t bothered with Critical Strike Avoidance. Do you mind saying why?

So i am home and took a closer look at your planner.

I don’t want to be too harsh, because you are still at “early endgame”, so the gear does not need to be perfect.

But you do have alot of unnecessary affixes, like CSA on both rings, even though you use Woven Flesh.
You do have % increased dodge on amulet (which has literally no value to you) and % increased armour on boots, which has just very small value for you.

Your Catalyst still has an open Suffix. Switch over some other resistance from Belt, Boots, Gloves or Helmet to the Catalyst and get % Health or Hybrid Health on those piece.
You might consider using a shield, which baseline would make you a littel bit mroe tank and a shield also has “% all resistances” as affix.

Try to get Frailty on hit on gloves, relic or amulet.

Endurance doesn’t has much value if you invest just a little bit into it. I would completely ignore endurance for now. If you have really good gear later and are higher level you could switch to use endurance, but that’s optional. Maximum Health does scale way better with.

Gloves and Boot Base Types don’t have much value to you. Get Void Resistance Gloves and Cold or Fire Resistance Boots, to open up more idols/suffixes.

All of this would are just general suggestions of course.

Your issue, with mobs attacking you right after you leave loading screen still sounds very strange, but having better defense definitely could mitigate deaths from that situation.

If you want more tips or suggestions, just feel free to ask.
I tend to just give people generic suggestions, because after all it’s your character and you should try to come up with ideas yourself, how exactly you want to tackle specific problems.

But i guess with all the informations from this thread you should be able to make your character alot better.

But since you character is not even close to high endgame some of the suggestions i gave will come naturally, because we clearly can see that you are still in the initial gearing process.

Once you have decent bases and at least somewhat desired affixes you just need to refine your gear step by step.

Don’t put your goals too high. If you find a decent items that already can be a small upgrade, use glyphs of the guardian early to make it a very save upgrade, instead of shooting for the starts from the get go and trying to craft with glyph of stability too much.

Once you have a decent baseline, you can try more risky crafts.

Thanks @Heavy - really appreciate you taking the time to help.

But you do have alot of unnecessary affixes, like CSA on both rings, even though you use Woven Flesh.

May I trouble you with a question about CSA? I’ve only just gotten woven flesh and hadn’t got round to swapping the rings out. I’ve noticed though that, @Shrukn’s Lich, Level 97 (LE Beta 0.8.2g) - Last Epoch Build Planner does not have any CSA at all. Should I be planning to ditch CSA once Woven Flesh becomes obsolete?

Before i answer your question one more thing i forgot to mention.

The lich passive “Ageless Ascetic” is almost wasted on your build, since your only “hits” are transplant and hungering souls. Not sure if that’s worth it.

So generally i would say CSA is not mandatory, but depending on how tanky you build, i would still go for it.

Using Woven Flesh until you get better gear is totally fine, but overall Woven Flesh is not a really good item. It’s just a very good item for how early you can get it already.

A body armour with health, % health, vit, int or some +to skills is way better.
Especially if you decide to go for endurance later down the line, acolyte actually does have the Immotal Plate Body Armour, which is really nice.

I would say if you have 2,5-3k Health you could skip CSA entirely, otherwise you should spec into it.