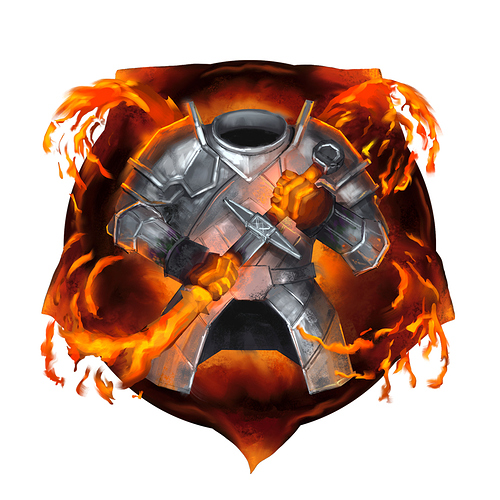 Probably a new skill icon, maybe an aura… something like “inflame”, " Rahyeh’s Frenzy", “Fire shield”.
What i find interesting is that this character has a Zweihänder he is holding in a stab grip.
For those who don’t know, the Zweihänder usually only attacked once with a swing and was powerful enough to cut through full plate armour decapitating a person, after that they used it as a stab weapon, that’s why it isn’t sharp between the handle and the actual blade.
So Maybe it is some kind of stance

I hope we will see in the next Patch

Im gunna go with something crafting related.
Or maybe a new unique or set!

You are right! it could be a two piece set of a armor and a Zweihänder!
edit: a three piece set, it has gauntlets

Although, it has quite different art to the other sets we know of, where we see each item separately and without the background style. Seems more icon-esque. Only time will tell!!