What Patch 0.8 brought and what it means for LE

The Last Epoch is over - Here’s the New Epoch!

Hey Dev Team,
Patch 0.8 really was/is a blast and sets a milestone in development of LE. It was hyped by you with teaser trailers and for the first time you gave a fix date for the patch release. Along with the new logo, the backend changes and revamp of the website LE got a new way more polished appearance. And you all did a great job! This is not only based on my opinion alone but the impression of feedback I saw all over the different info sources.

The most noticable changes is the dynamic and flow of the new rogue class:

The feedback all over the community is very positive.

The result is that the other classes feel a bit clunky now. There was a gap between “older” classes and “newer” ones already. This gap has become even bigger now.

And now everybody is expecting changes to the other classes to lift them to the Rogue level.

So here’s my question (finally):

I feel like with the rogue class everything that sounds cool on paper is possible and viable while with other classes this isn’t the case. There are a lot less drawbacks with the mechanics and so much support everywhere - this feels good!

And if you do plan to change a lot, how does this affect your development schedule? Have you expected to also heavily change other classes after the implementation of the Rogue? Or are you surprised by the feedback and demand for changes?

What are your plans with difficulty level?

Since the first introduction of the new monolith there have been significant difficulty changes. In general it has gotten a lot easier. The most significant impact was the resistance changes, imho. The powerful Rogue adds her part to this.

I know balance is an ongoing process. I’m just curious what your impression of feedback is so far. Months ago people were selling “the lower pace of gameplay” as a unique selling point of LE to one of the very popular competitors. I think this is happening because when LE was in early development many supporters joined because of the exact reason the game pace is slower. Now that more and more people join in this might change because these people are familiar with a faster game pace and prefer it over the slower pace. What is your impression about this?

Will LE stay as fast as it is right now with the Rogue? Will it get slower again?

This are a lot of questions and I know that there are things you don’t talk about when it’s not decided, yet. Maybe you can already provide some information or at least give a rough direction what your plans are.

I’d like to also involve my fellow community members here. What are your current impressions regarding these questions, especially

I’m curious to get to know how people feel, now that we have experienced the resistance and balance changes as well as the class changes in the recent patches. How do the numerous new players feel?

Hope it wasn’t too tiring to get to this point

i am a long-time poe player who has gotten fairly burned out on the extreme pace of the game, although i’ve always played a bit slower than most. still, the possibility of insane clearspeed is always present and doesn’t feel good to avoid entirely. i have enjoyed and praised the slower pace of LE in the ~1.5 years i’ve been playing it. for me, even with the quicker pace of the rogue class, it still finds a comfortable balance between poe’s breakneck speed and grim dawn, which i find to be a bit of a slog.

after playing 4 different rogue builds up to varying points in the monolith, i decided to go back and try a sentinel build i had been interested in but never really tried: a VK caster. it was a bit weird to level, and i basically had to play a shield throw build until i unlocked the skills i wanted to use. i’m not a big fan of leveling as a different build than the one i want, although it is fairly unavoidable for builds that use a lot of skills locked behind masteries. it felt like much more of an issue as a sentinel than as a rogue. i managed to get everything together by the end of the story, and the gameplay felt pretty smooth and decently paced. however, in order to make it feel really good i had to utilize auto-casting for 2 skills, which i prefer to avoid in general.

after a few monolith runs, i was ready to go back to rogue, and started a new one to experiment with chakram. i felt like i was playing “the build” by level 20-30, which is so much more enjoyable to me. i really hope the older classes see some improvements in that regard. i have several ideas i’m interested in for a mage, for example, but it’s hard to avoid the feeling that i should just play ele nova until endgame (or at least until deep in the story) despite what build i actually want to play.

Personally, I’d prefer the game stay as true to these words as possible, as laid out by Judd some years ago:

Not being able to cast the most powerful skills 5 times in a row doesn’t necessarily mean slow gameplay. It means that your toolkit should be diverse if you’re building your character well. There will be times when you want to spend 70% of your mana pool to drop a giant meteor on a group of stronger enemies and there will be times you want to conserve mana because you may want to use an ability for something to come. If all abilities are able to be used in succession many times you have to balance all skills around the most powerful ability that you provide players which just ends up homogenizing skills.

We do aim for our gameplay to be a bit slower than PoE and D3 - we don’t want players to go to a screen of a hundred enemies and use a single skill which destroys them all, zip 20meters and do it again. We can’t give many interesting mechanics to combat when that’s the case.

I personally think that Grim Dawn has good pace of combat if you’d like an ARPG as a reference.

The quote is all well and fine but with the rogue addition they counteracted this already at least for the melee build. VS the rogue all other classes feel clunky and static like a stop and go build of some sort.
I don’t think people want killspeed or to zoom arround like maniacs I’d rather think fludity is the more important thing here.

Currently the Rogue combines two things that make the gameplay feeling so fast:

And both is relatively easy to get. It doesn’t need a lot of knowledge of game mechanics to make the Rogue work well. She’s very beginner friendly.

The point I see here, is that EHG sets the bar at a new game pace. Many new players joined with the Rogue update. They get introduced with that fast playstyle. How are they supposed to play a Shaman after that and don’t feel slowed down?

Now if EHG does the things that everybody expects (buff every other classes game pace) LE in average becomes a faster game then before.

I can’t see an option to slow down the Rogue gameplay. This wouldn’t be received well by the players, I think. Everybody loves Rogue.

Nerfing the damage to streamline it with the other classes? - yeah, neccessary, imo.

I personally think that Grim Dawn has good pace of combat if you’d like an ARPG as a reference.

Ive played all these games, I get the idea they dont want it like PoE but Grim Dawn was the opposite in a worse way - I had builds with 9-10 active buttons all with devotions attached and couldnt be bothered pressing literally 10 buttons a pack so I just used either numlock/auto hotkey to spam every skill repeatedly - my gameplay turned into a robot who just piloted a character who killed everything with skills repeatedly coming off cooldown - Grim Dawn also has no ‘skill’ in its gaming. Its all numbers based, once your numbers outweighted an enemies it was facetank time - I have a video here watch my skillbar going nuts - 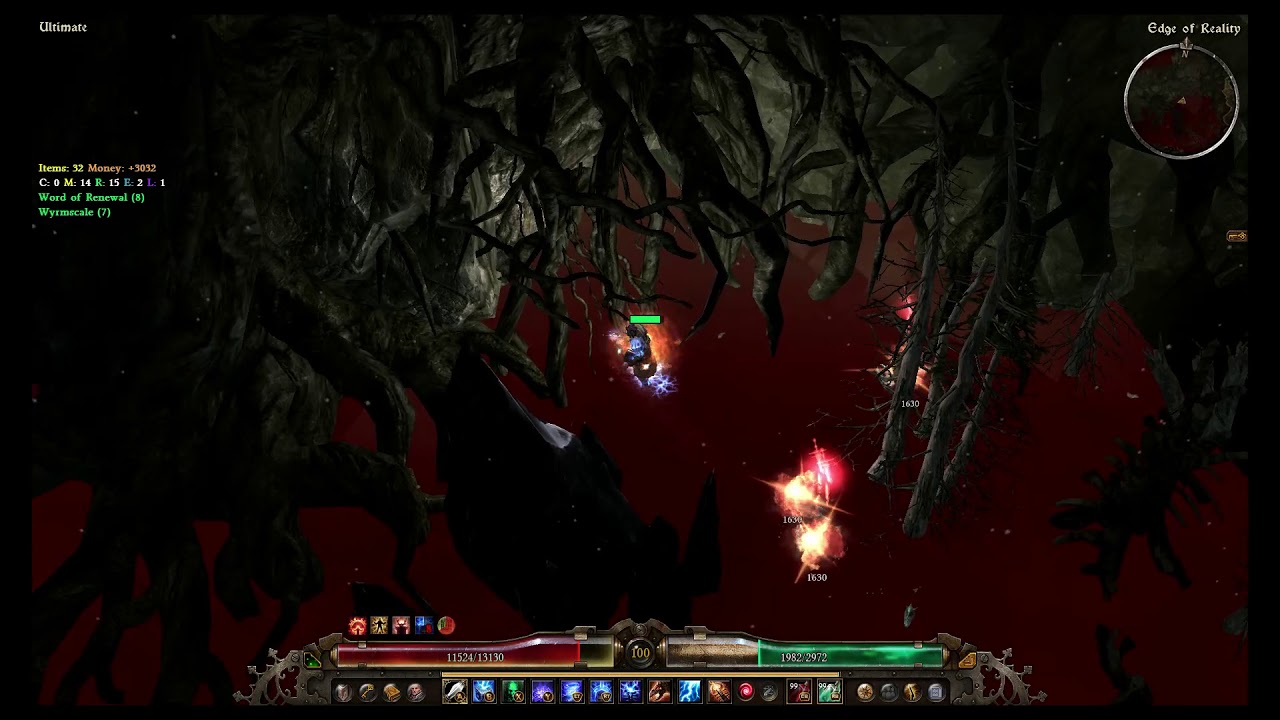 For all the flak it received, Diablo 3 actually had a nice mix of blasting easy/tough content

You’re taking that quote out of context. Judd merely says the pace of combat in Grim Dawn is something he likes, in comparison to PoE and D3. It has nothing to do with how many skills are on your hotbar or how the mechanics of each of those games operate.

For the most part, I’d say EHG has succeeded in creating an ARPG whose pace is close to Grim Dawn’s so as to allow for “interesting mechanics to combat”. Though, as this thread eludes to, the Rouge has a pace of combat that is generally faster than the other classes, creating a significant divide between them when each is traversing the environment or interacting with enemy combat mechanics.