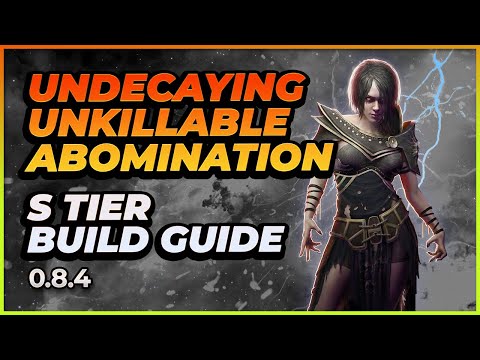 Hi! for sure a really solid build, and thanks a lot for the update with unique!

i have 2 questions to push a litle bit further:

How do you keep Infernal Shade from killing the Abomination?

I have the crit leech node in necromancer and the always crit from the shade tree, and he isn’t healing.

His damage numbers go from white to yellow after casting shade. He is critical striking but not healing. Odd.

Minions have very high hp so you probably just can’t see the leech.

Also, you can edit your posts.

Sorry I’m a noob to the game and am confused. I followed his guide for the lightning mage to the T and it was awesome. It actually broke everything down in text form.

I just needed to resummon him and it worked. I still can’t figure out how to keep the fire buff from killing him. I guess it might be useful if he can kill T4 Jul before he dies from the buff.

While I havent tried this specific one, Boardmans build guides are not always perfect for the target build - they are just a way of leveling up a specific class to a high enough level as efficiently as possible and then its intended that you respec your build into the final version of build you want to use.

A lot of LE builds are like that… get your character to a high enough level to use a specific skill or gear item using whatever setup works for you… then respec to the specific build… This is especially true for the higher end builds.