As of the latest patch, it seems Thunder Totem doesn’t show it’s name whene you hover over it. I initially did a lot of casts and thought it was plainly bugged and didn’t spawn at all, but further testing (letting it last its full duration) shows that it does indeed spawn, but it’s no longer called ‘thunder totem’ but simply ‘storm totem’.

I’d also suggest changing it. I’d much rather have it give me 25% crit, duration, damage and health for 100% of the time than the other way around.

Could you provide a screenshot of the bug and your Storm Totem tree? It’s working the same as in 0.8d for me (to be fair, it does say Storm Totem and not Thunder Totem).

Looks like bug I have reported before (which was fixed) is now back.

Custom minion names like “Fenton” or “Alfie” for wolves are not shown. It’s always default minion name like “Primal Wolf” now.
Same for Thunder Totem, it gets all functionality of thunder totem but is called “Storm Totem”.

It can be tested by just taking thunder totem node in storm totem tree. You can tell from duration if the totem you summon is thunder or regular totem. Keep in mind that duration is also bugged though:

Here’s a screenshot of my tree. 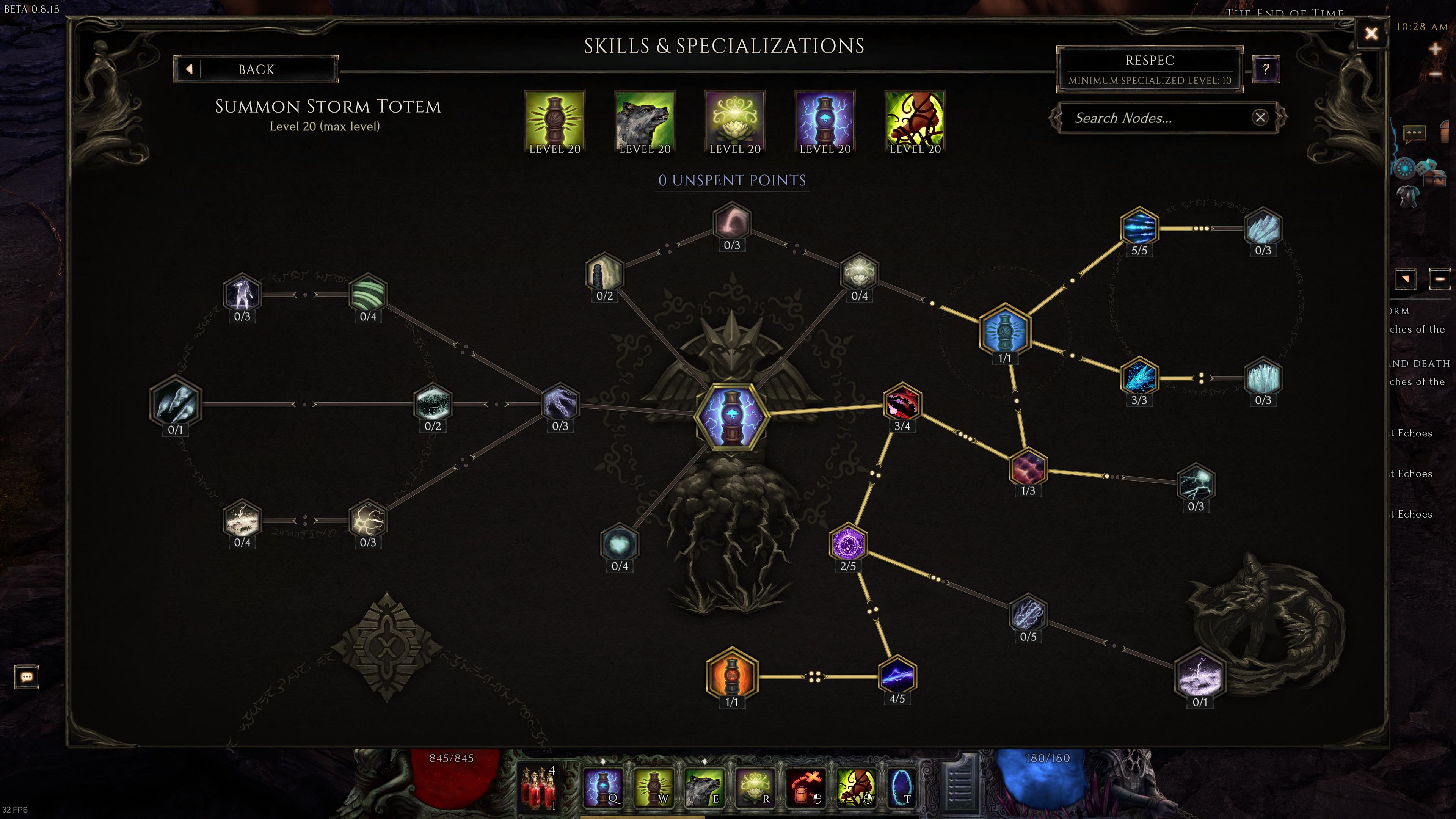