The top 5 ladder pushes of all time. A remembrance to 2020

Remember when these builds ruled supreme?! 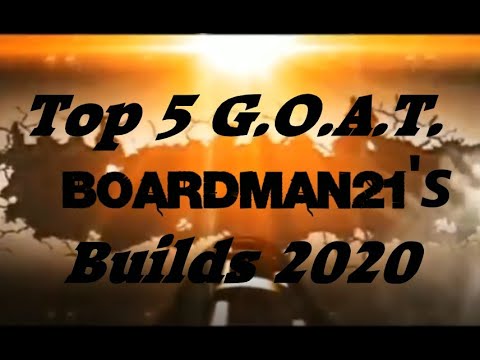 I’m surprised you didn’t go with this build, it used to be able to one-shot the dragon emperor…

Wanted to try out the combination Necro with Summon Wraith and sacrifice and this is the result.

Holy F*** hahah yeah the exact first words when i 1 shootet the 100 Boss. In this guide im going to walk you through the Sacrifice Necromancer a massive dps build for the videogame Last Epoch. We are able to get up to 1 Million+ dps. We are also able to gain a lot of ward to be very tanky. No defence stats are needed

Multiple builds have 1 shot the emporer, but there were well rounded build. this list contains the top 5 highers ladders pushers, not necessary the top 5 highest DPS builds.

Ah, that’s not what the thread title says though. Just “top 5 builds of all time”…

i can fix that

That’s much better, much less click-baity…

i dont recall manifest armor every being a top ladder pusher lol. Show me

hahaha yeah i will never forget this moment lol

i dont recall manifest armor every being a top ladder pusher lol. Show me

Theres a spectrum of balance one is being overpowered the other is being unplayable because its so useless and imo Manifest Armor is in the unplayable category so I want to see what you can come up with, with infinite money and a level 100 character because if you cannot make a functional build with it then the skill needs to be heavily reworked

ah i see. ill take a gander at it.

The only way I could see it working and I tried it - is using Damage reflection Idols, getting the passives from Armor/Shield so he has your gear and rolling reflect on it, but he dies constantly you need to heal him but I play on a controller and cant target minions with Smite so it was awkward and got annoyed and gave up

Did you try Healing Hand instead of Smite? It doesn’t have a skill tree but you can heal minions directly with it (though it’s a ground target AoE).

Nah didnt try, infact I dont even know what skill you are referring to

I was playing a Forge Guard as I didnt have one, attempted Manifest and got nowhere, switched to Smelters Wrath and never looked back.

Smelters Wrath is actually pretty underrated skill - its the only skill in the game that Juggernaut Stance has real value on as apart from the movement penalty - and using Gamblers Fallacy for 100% crit, also Smelters has no attack speed scaling which Juggernaut takes away - you get 50%? more armor and take 15%? less damage, what that generally means is a pack of mobs after they hit you about 20 times you start taking no damage due to the Forge Guard passive and very little anyway - Smelters Wrath has screenwide AoE and with 100% crit pretty much one shots everything but a Siege Golem/Marsh Beetle/Covenant mini boss type mobs - its not bad for monolithing but feels awful against timeline bosses - you are allowed 1 giant hit, then every hit tickles them

Regarding Manifest Armor, Forge Guard doesnt seem good at all to make a functioning minion build. ive also tried Forge Strike and it needs real help - the fact Rogue exists compared to this is like watching a MMA athlete fight an unfit guy whos just come out of a coma. its not pretty