Stuck after 5 minutes of playing

Hi there community and developers,

I just joined the game and started playing as a Primalist.
The first thing I wanted to do is starting to explore the map, so when I got my jump ability unlocked, I tried to reach for ledges… which I did.

I dropped down to some rocky plateau and can only see my character when zooming in. On my map I am walking outside the terrain.

Should I restart when encountering similar ‘bugs’?

Starting at the very beginning of the game, walk to the right. After passing some of the bigger enemies, you will reach the point that is shown on the image.

Standing bottom-right of the round shape on the map, left of my character position, and jumping upwards made me fall down on to the plateau. 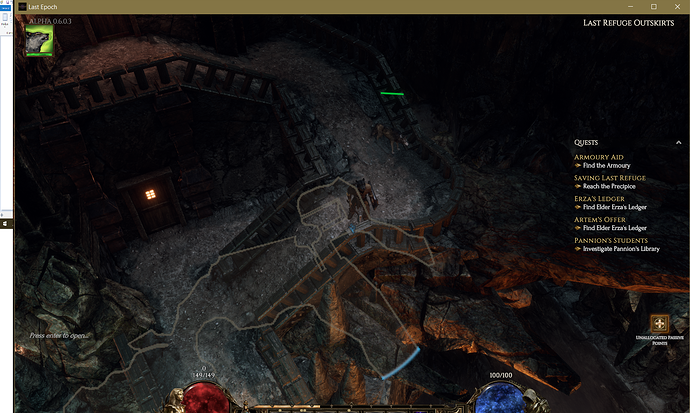 This is where I ended up. I could walk around and zoom in to see my character. 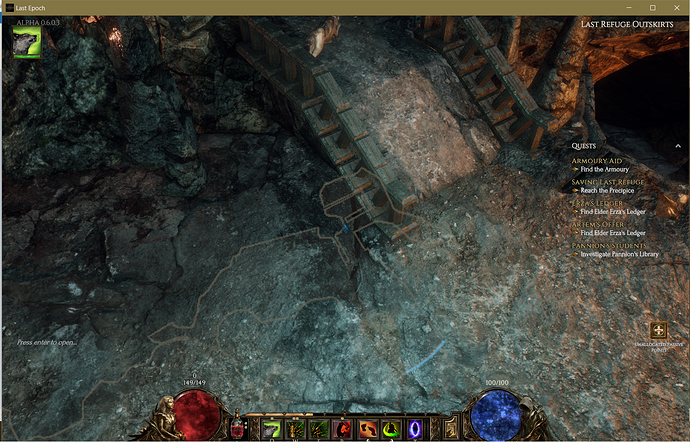 It is probably nothing big, but you might as well take a look at it.

Exiting to character select should be enough to get around the issue.

Could you please take screenshots of places where you can leap out of bounds? You can attach them to your reply, and it would make it a lot easier for us to solve them. Thanks!

I added screenshots for the above mentioned problem.

I am hesitant about which bugs I should report though.

During playthrough I encountered:
-a map not loading fully, until I re-entered the area to explore for the second time
-not able to move after walking along a map edge
-cases of map not aligning with the landscape

I suspect the team is aware of most of these already.
Let me know which kind of feedback is needed most, so I can help the team out.

If you think you’ve spotted a bug of any description, please do report it. We much prefer duplicate reports over some bugs getting missed.

Thanks for the additional information!