Just started the alpha today, I haven’t played the demo earlier. My spellblade’s level 21 now and is sitting at arena wave 140 at the time of writing. I’ve got a day of playing under the belt.

First of all, I love the idea of a spellblade class, the typical casters or melee turned casters like paladins have been done to death.
That said, there’s some things that I’m disliking so far about spellblade and general game balance. I’m sure it’s really early to talk about stuff like that, but if some tweaks here and there can make you launch with a more complete class package, I’m all for making these suggestions. So here goes:

Overall, this was a fun experience today. I'd much rather play the repetitive arena right now than play the even more repetitive PoE flashfarm experience. So if the base experience is already this good, I think you're well on your way on making something beautiful.
1 Like
Sarno September 21, 2018, 1:23am #2

Thank you for the comprehensive feedback!

Just finished a 200 run with a level 43, 26 Spellblade / 15 Sorcerer and consider the char done for the test. Rushed straight into arena around level 9 and went to ~60 something, game chrashed (Get thread context failed) and then went for the 2nd run. 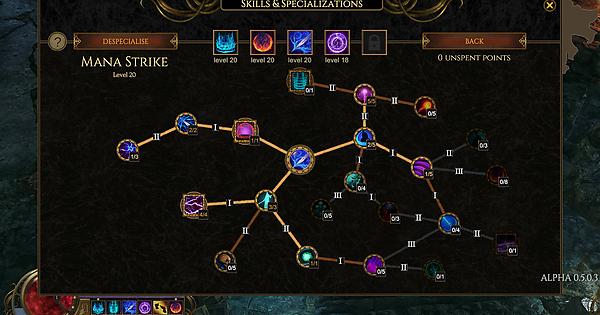 I feel like there’s a lot more to discuss but I’ll get back to it later on.