Hello, this is Dr3ad from Epoch Builds, and in today’s forum topic we will go over Eternal Eclipse Smelter’s Wrath Forge Guard, getting closer to a good non-minion non-warpath forge guard build that I’ve always dreamed of and wanted to exist, which hasn’t happened yet as EHG seems determined to keep ruining my attempts to do so. Hopefully soon we will achive the perfect unicorn forge guard build, which this is very close. Ill be honest, this build isn’t for everyone as standing still is very annoying sometimes, but if you like big explosions with big bruiser type characters, this is the build for you!

History of the Build :

Smelter’s Wrath was added in the game a long time ago, and it is definitely showing its age now. When the big trio of Sentinel skills, Forge Strike, Erasing Strike and Judgement got their reworks, they gained up to a 400% added damage effectiveness, which made 2 out of the 3 instantly viable, while Forge Strike is still meh. Smelter’s Wrath didnt gain an added damage effectiveness, and it makes it very mediocre at base. I recently tried a version with the

Shattered Lance set, and it was ok, but not good enough to make me happy. That version was mediocre not because of the damage output, but because you were forced to dual wield on a Forge Guard, which leads you to take 15% increased damage, on a sentinel that is already not building into block, so I kept searching for other ways to play it, which leads me to Eternal Eclipse.

Eternal Eclipse is a unique 2 handed sword that drops from Rayeh from The Black Sun timeline with a 10% chance. When you use a fire melee attack, it gives a large amount of melee flat void. If you use a void melee attack it gives a large amount of melee flat fire instead. This is used in the Void Cleave build where you enable the Void and Fire tag, which makes the sword have potentially up to 530 flat damage (which is a lot btw). For our purposes we only use the Melee Fire functionality. Smelter’s Wrath is a melee fire skill, so we get up to 240 melee void flat for our Smelter’s Wrath, which allows us to of course scale with melee void damage, which is a heavily supported archetype that is usually only accessable by Void Knight. This meshes well with how Smelter’s Wrath functions.

Smelter’s Wrath is a Forge Guard only skill that allows you to channel for a few seconds, and create an explosion. We grab [Detonation], which transforms the cone into a 360 aoe, which makes the skill playble.

We also utilize [Vulcanic Mastery] to enable 100% crit chance for our Smelter’s Wrath, which lets you get over one of the biggest weaknesses of [Eternal Eclipse], lacking base crit. Now we don’t need to run any critical strike support anywhere, allowing us to double down on Critical Strike Multiplier and other affixes that are important for us.

All of our damage on our Smelter’s Wrath comes from the combination of [Tempering Blows] (which we ignite thanks to our usage of Abyssal Echoes, more on that later), and [Valiance] which just makes us deal more damage to rares on bosses.

A very important node, [Blacksmith’s Breadth], allows us to reduce how long we spend channeling, which is great because standing still is very bad, so the less time we stand still the better.

Synergies between the Smelter’s Wrath and Eternal Eclipse.

Abyssal Echoes is a saving grace for us. Due to some recent experience playing around with Erasing Strike Void Knight, which we utilized Abyssal Echoes for armor shred. Most big one hit builds lack armor shred (which is just an ailment giving us more damage), so being able to cap Armor shred with Echoes is amazing for builds like this. We achieve this by disabling the normal Abyssal Echoes, by taking [Screaming Rifts] which makes our echoes stay in place and cast a few more times. We then grab [Rippling Corosion] for a large amount of our armor shred, as each recast of abyssal echo will apply 5 stacks of armor shred, allowing us to reach a substaintial amount very quickly.

We also use Abyssal Echoes for the ignites from [Fiery Chasm], which gets us to the max extra damage from Tempering Blows inside Smelter’s Wrath. All of this combined leads our Smelter’s Wrath to deal even more damage.

We choose Forge Guard as our mastery, because we are forced to as Smelters is a Forge Guard only skill. This means our main defense we just stack as much armor as possible, so that when we are standing still with Smelter’s Wrath, the [Mastery Bonus] allows us to stack armor while we are being hit.

[Infinite Bulwark] continues to enforce this strategy, and the 30% less damage over time taken from [Liquid Iron], allowing us to not instantly die to bleeds or poisons, as Armor only defends from hit damage, not damage over time.

[Crushing Blow]'s also is great for us, as smelter’s wrath is 45 mana to use, so its 135% increased damage for us, which is generic, which is nice because we have a lot of mixed kinds of damage like [Fresh From The Forge].

The most important blessing for our build is [Grand Patience of Herkir] as we are almost always channeling thanks to Smelter’s Wrath, and we are trying to stack armor as high as humanly possible, so this blessing is mandatory.

The 2nd most important blessing is [Grand Depths of The Infinity], as most of our damage is void damage, which can lead up to 40% - void resistance for our enemies, and since we are making Abyssal Echoes hit, it will apply the shred for us.

Other than Eternal Eclipse, some useful uniques for this build are
[Siphon of Anguish], as it gives us a lot of generic stats we would enjoy for this build, as the melee damage leech and void damage leech are both great for us, and of course Doom is giving enemies 20% increased melee damage taken. Its also super easy to get a 2 LP one, so a great way to get some good stats quickly.

[Titans Heart] is not mandatory, but it gives us 15% damage reduction while wielding a 2h weapon, which we always are, and gives a large amount of increased health. ’
[Suloron’s Step] is BIS for us, as it gives us a lot of extra melee crit multi, and since we are a forge guard, getting to physical res cap with the -75% is very easy. Its also really strong when you can land increased movement speed on them, giving you up to like 50% movement speed from one item.

[Throne of Ambition] is a great idol for us, as most of our increased armor comes from enemies hitting us thanks to the forge guard mastery, but on a boss enemies do not hit you often enough to make it work. Thats where Throne comes in, it just gives you up to 400% increased armor on a single target, allowing us to easily get over 70% armor for bosses.

Idols :
Our best idols are [Increased Melee Void Damage Solar Idols], which is one of the main reasons to play this build as its not normally the case for Forge Guards or Paladins. 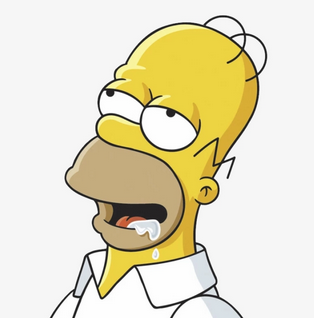