Rogue Skill Tier LIst for Patch 8.0d, Which Skills Do You Think Are Best? 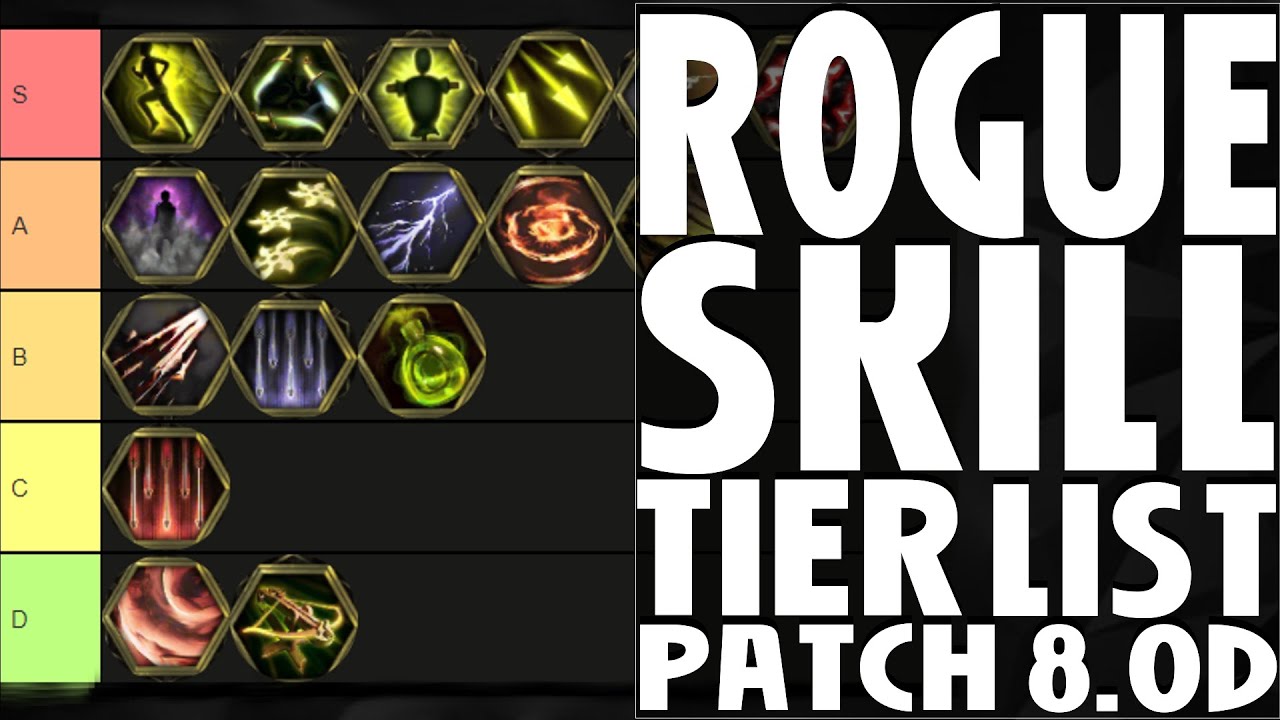 Now Rogue has been out for a while, and the first few nerfs have made their way in, lets have a discussion about skills and what you think about them? Am I wrong on any of these? Did I nail any on the head? Please be respectful to each other, this is mainly for discussion, not to create a huge argument!

I would heavily suggest watching the video before posting, as I have multiple reasons why these skills are arranged the way they are!

What if the fix for Hurricane of blades was to make the daggers circle around the radius of the AoE instead of fly outward directly from the center?

For the increased range you could also change that too so that after 1 revolution, they spiraled outward.

For Puncture - why not have the attack be more of a conal shape, with the penumbra making it so the mirages attack at slight angles so the tip of each puncture overlaps creating that sweet spot for single target and having a wider area for ‘normal’ damage?

For Dancing Strikes - it really needs a node just to bring down the cooldown by like .2 per point or something and making it a high cost to get access to the node - but just an option so it CAN be useful as a primary damage skill.