Relogging required for ascending/adding pts past 25

-Note: I could put 26 pts into Beastmaster, just not north of the 25 pt line.

Also, when I first unlocked the “ascend to Beastmaster (or Shaman)” option I couldn’t see it (the UI option for it didn’t pop up at all) until I relogged.

Cheers, enjoying the game so far. 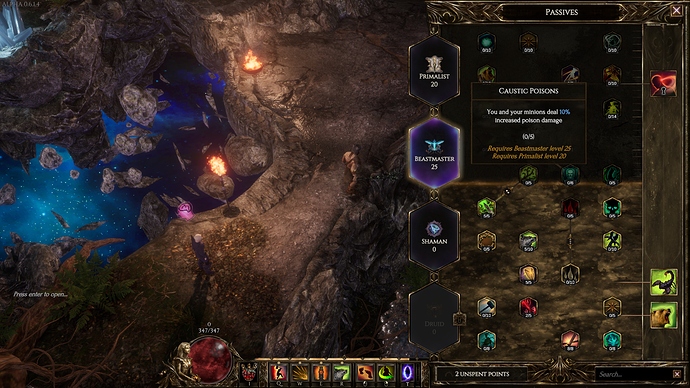 Thanks for the report! This is a known issue, specifically it happens if you reach 25 points invested in a mastery while previewing their passives.