The Primalist Skill Thorn Burst doesn’t work in certain areas/there are “invisible walls” where the thorns can’t enter. The sourrounded Area blocks all thorns.
The same happens around pretty much every NPC that doesn’t have a health bar. I assume that is intended, to not “attack” the NPCs. But there are other areas with crates/barrels that you can’t destroy with thorn burst because of this. 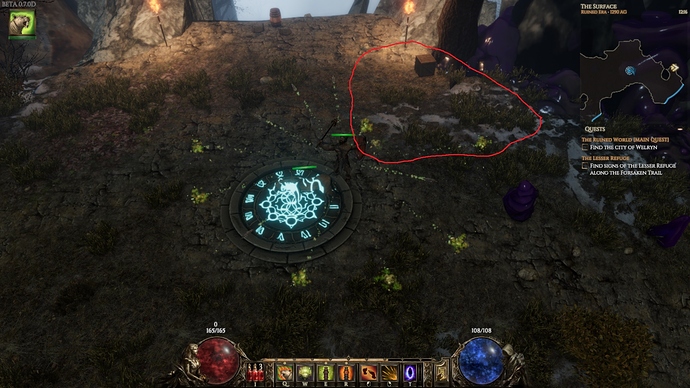 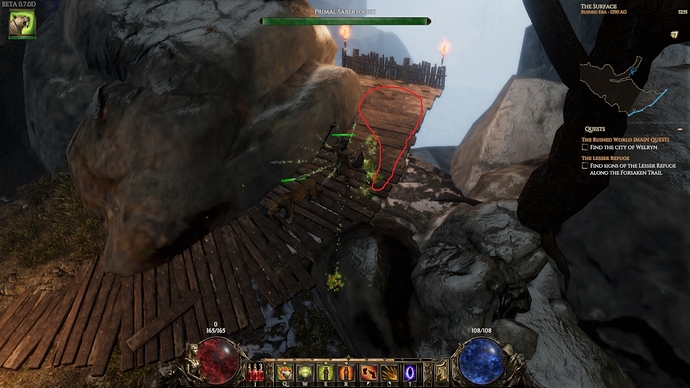 (I think this is a general thing of specially “tagged zones” for NPCs or something. I’ll save all places I come across, but won’t post them here unless you ask for it, to not flood the thread.)

When you stand in the area, your thorns instantly explode on yourself, so that you think your thorn burst didn’t cast properly. 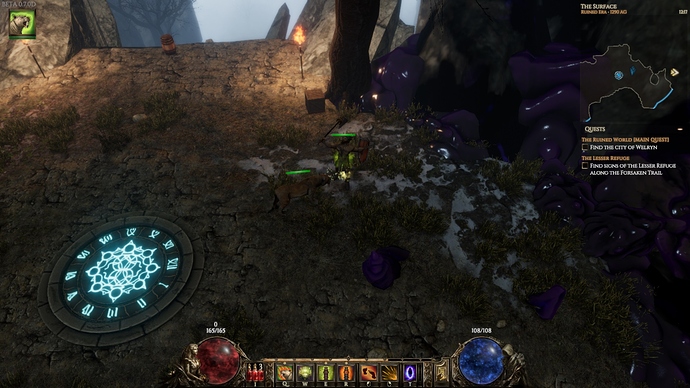