So to introduce my build :
This is a try in harcore solo, so my gear is really not optimized!
So what we want is to get lot of attack speed with flurry and regen our mana(+ stack poison fast on boss), and next puncture, puncture, puncture!. On the third hit, all poison dmg will apply instently cause of mutilate node mix with scalebane. 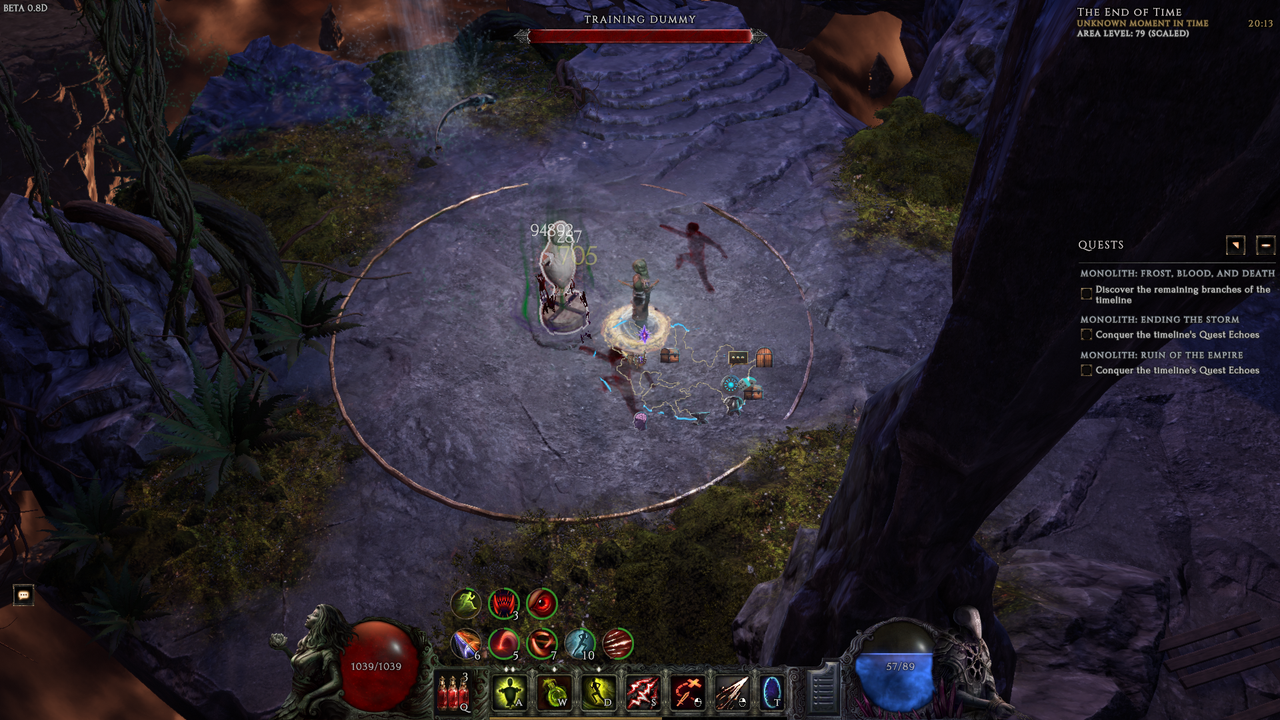 The general mechanic is to drop decoy (mob aggro + acid flask on expire), throw acid flask for more poison, we hit whit flurry (to gat attack speed and mana) and…PUNCTURE on the mob pack! (its nice to drop an other decoy on poison pool left by acids flask so the mobs will stay in your poison and you can explode them with puncture! 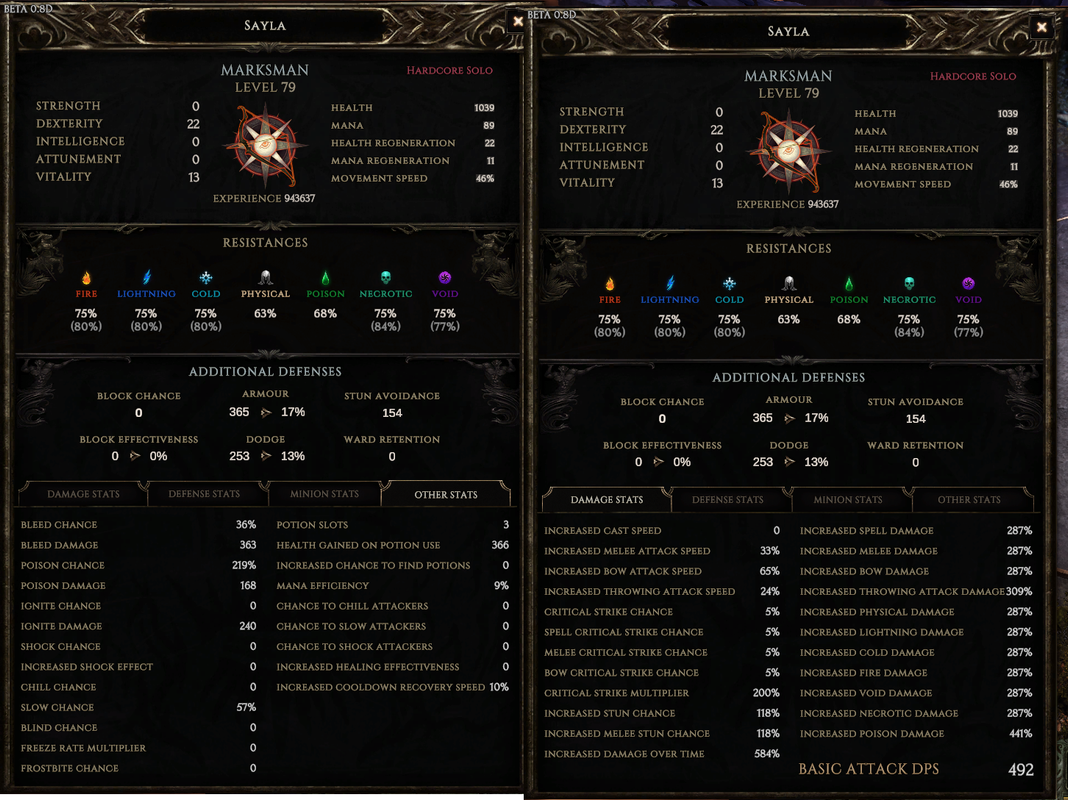 gear
i’m thinking to use wing gards glove for the high attack speed! EDIT : not a good idea, melee attack speed doesn’t scale with bow attack, thanks to JONASSZ

What we look for is bow attack speed, poison chance on hit, poison damage, damage over time,
On helm and armor as suffix we want : Damange when welding a bow, increase poison duration
will update with an image when my gear will be optimize 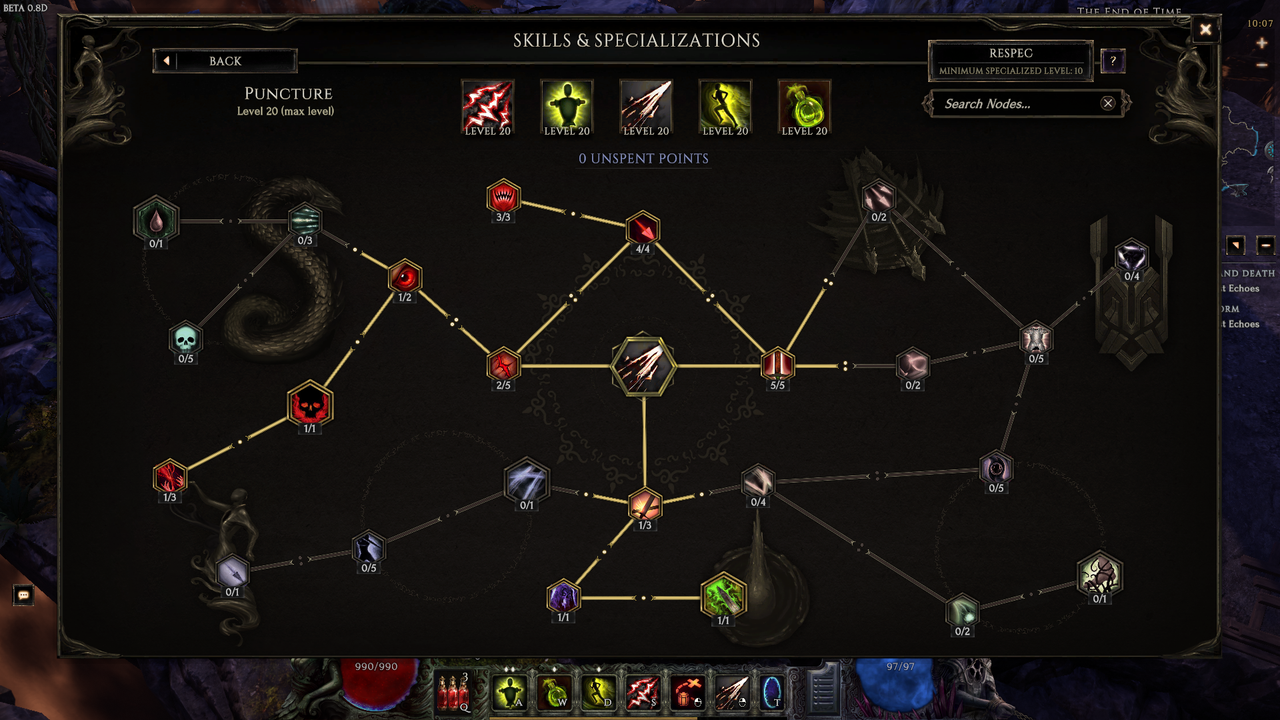 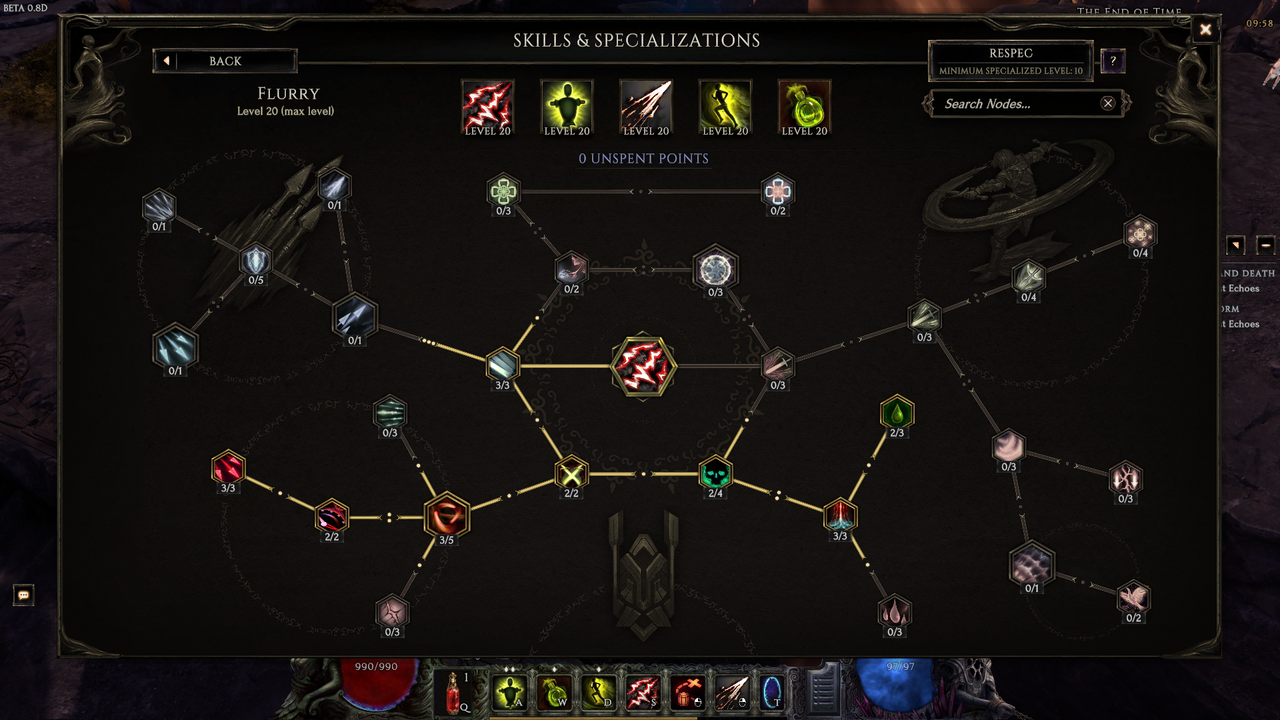 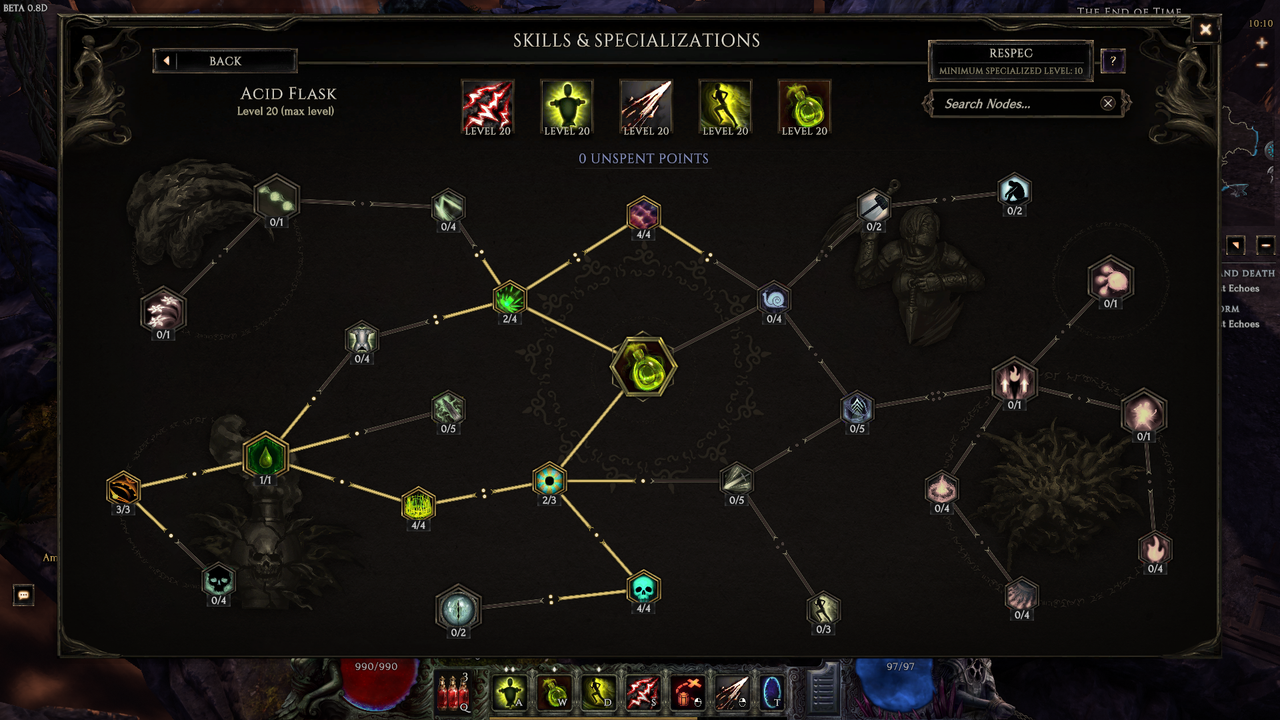 The increased duration from lasting sickness produce big damage when all poison stack are
apply immediatly with mutilate (puncture)
I would like to have a lot more of poison increased duration! but not sure where i can gat
some 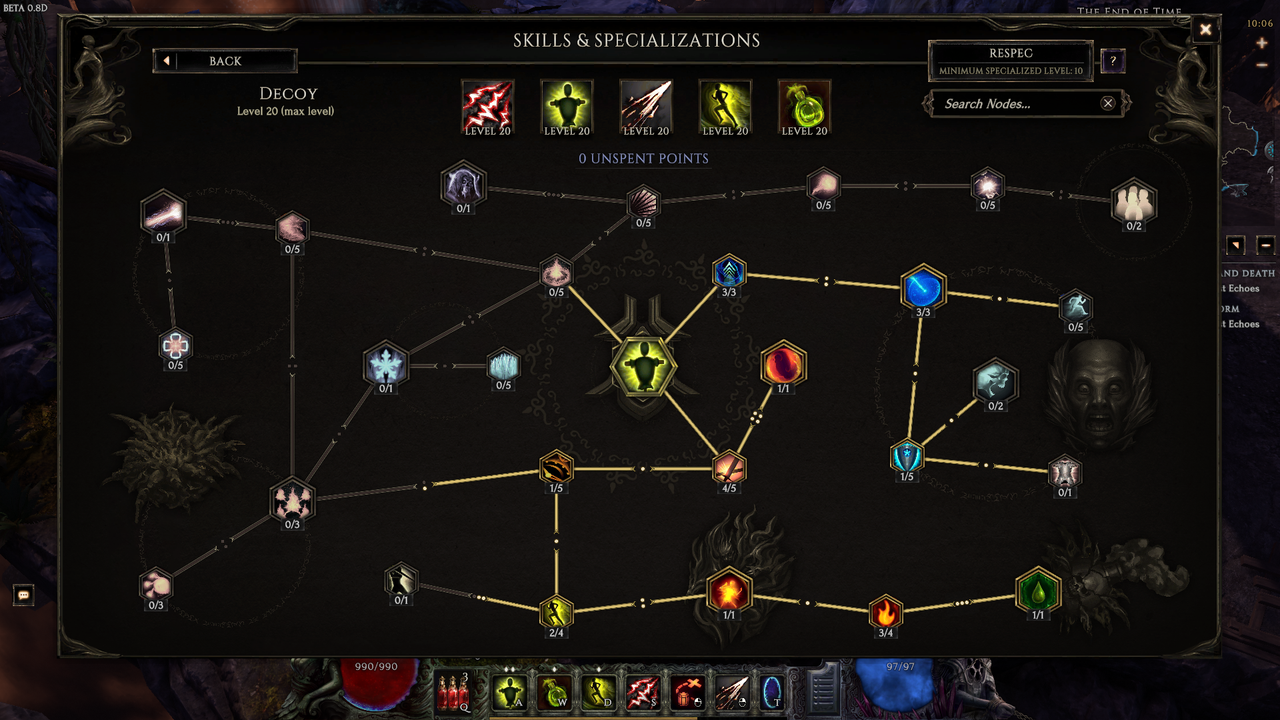 Throw an other decoy on poison pool! 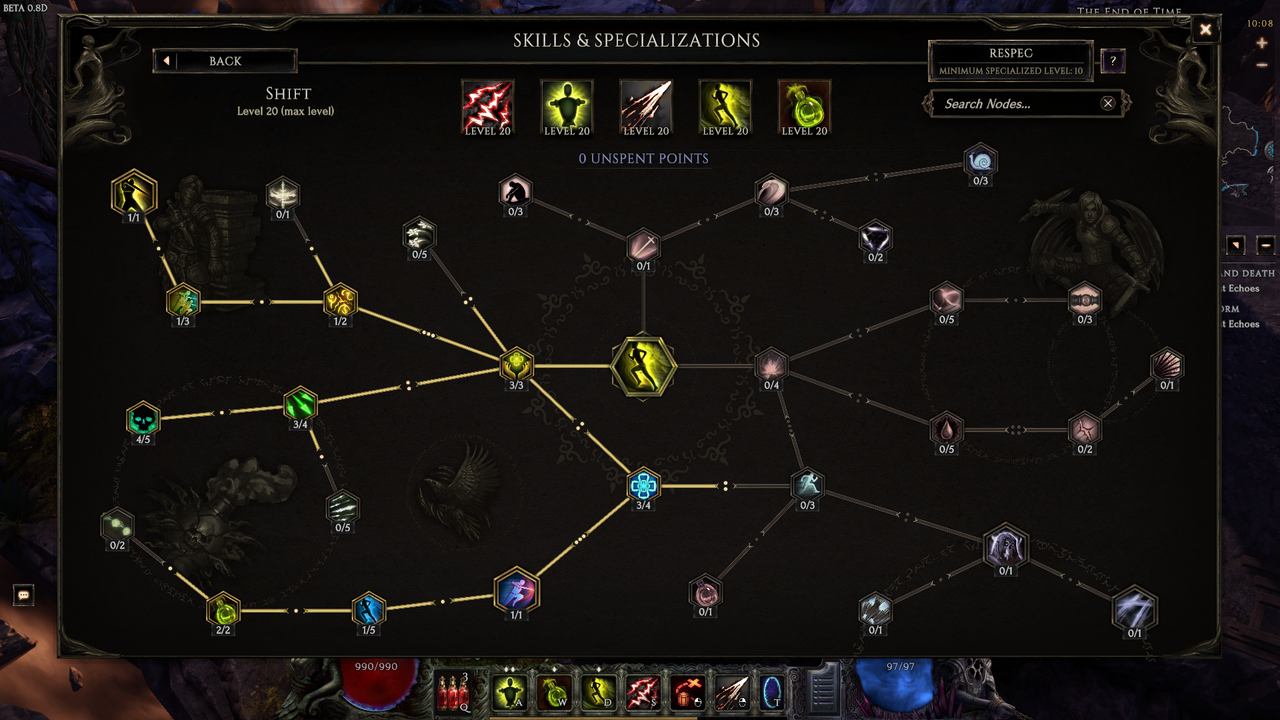 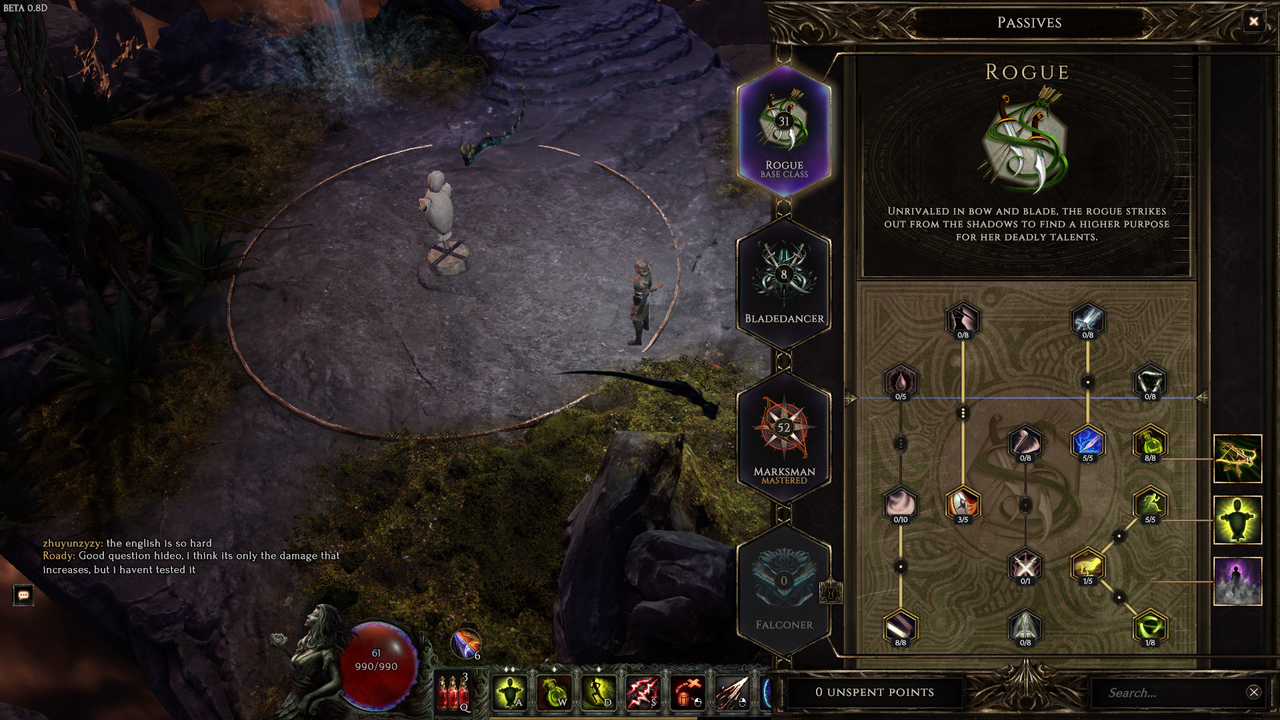 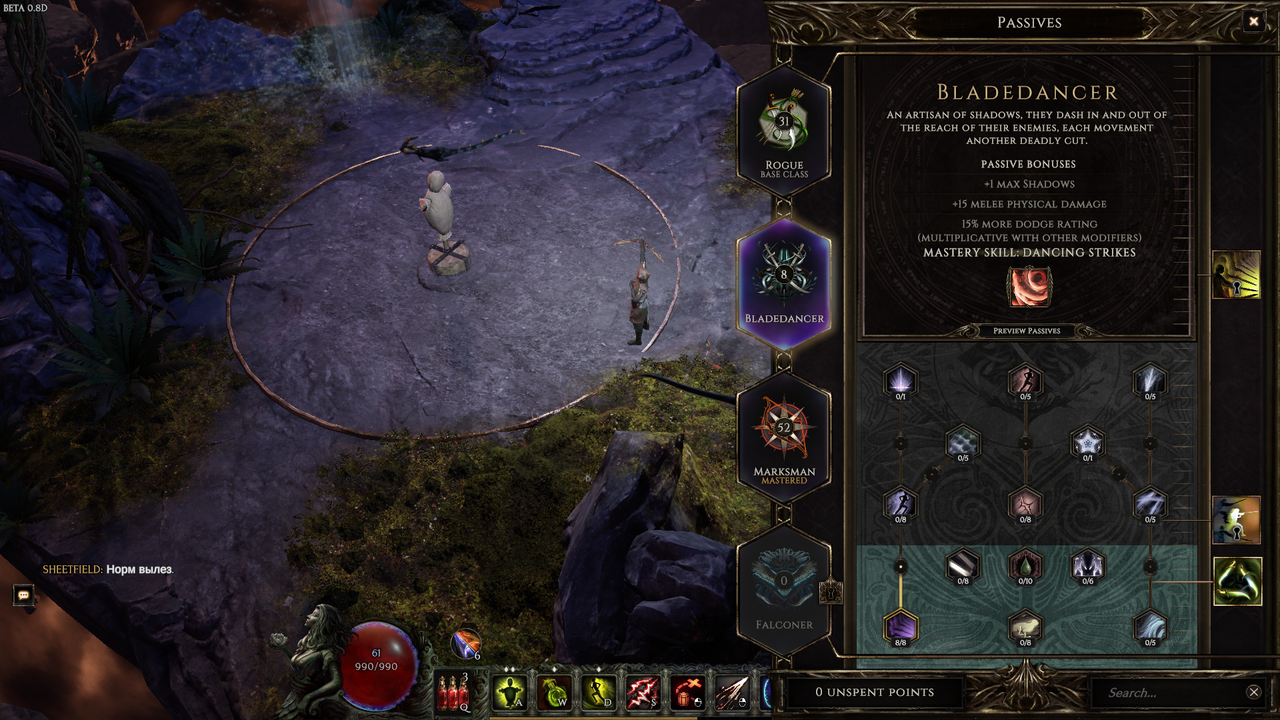 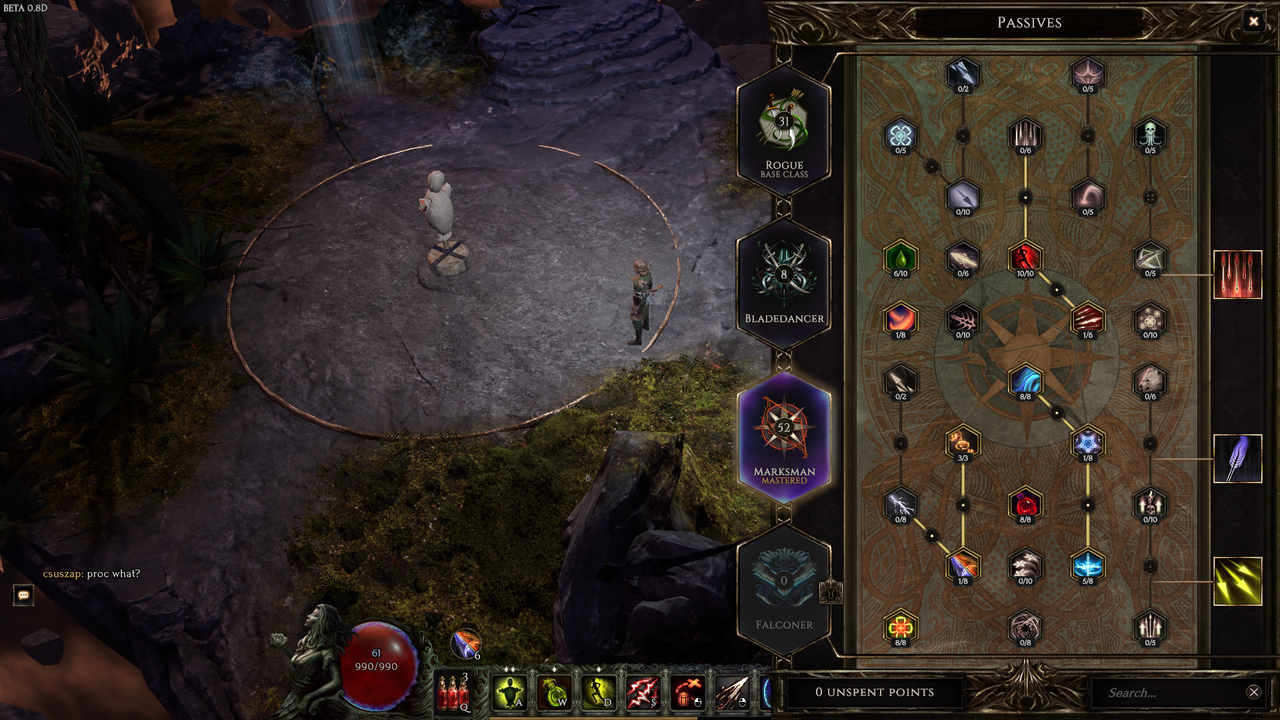 I’m still trying different node on different spell to optimize my build!
If you have suggestion, i would like to hear them ^^

Hello, just wanted to point out that you shouldn’t use wingguards because they only give melee attack speed so nothing for bows. Anyway nice job on the build and the guide.

thanks!
i was thinking that because puncture and flurry are melee and bow attack, it would increase their attack speed, but with a couple of test on the dummy, i think u are right!

Yeah the “melee” stat on them means you can use it as a melee skill but if you don’t it cannot scale from melee bonuses.

i am working on something familiar, i use Multishot instead of Punkture.

One thing i noteced is that you use “Scalebane” in Punkture, that means you contert every bleed chane globaly into poison chance.

In the Marksman passiv tree is a 10 point Barbed Arrows node which gives chance to bleed up to 50%. Thats damage you miss out.

In addition Attackspeed is key for poision builds. 6/6 Poins in “Arrow storm” is a massive attackspeed boost.

One last thing. Can you explain why you use in Punkter the node “multilate”?

Hey are u using elemental Arrow only for Resis ( tankiness)?

Thanks for advice!, i had few talent point in def (cause of hardcore mode) so this is why i didn’nt had those point in dps.

For the mutilate node: it is because i wanted to create à build around this specific node: it is impressive how mob all Die instently on the third hit. And if you can get a lot of poison duration, the augment of dps is insane!

Yeah! This is the only reason, i’ve seen it on an other build and the idea is nice and allow you to put other suffix then all res (suffix like mana and mana effiency, so the game play is a lot easier)

Interesting! I was wondering if the Mutilate node would be able to react to the change in ailment… So it DOES work for ignite>poison, but does it also work when i equip “Maehlin’s Hubris”-gloves? They convert all chance to bleed>ignite.

Probably not, since Mutilate consumes all bleed stacks but if you convert the bleed then there are no bleed stacks for it to consume. Converting between ailment types doesn’t convert related things (such bleed effectivness or duration).

i am afraid so, but my reasoning was that consuming the poison stacks works, because the source of conversion is from the skills passive tree and not from an external item. but i can check it out in 4 levels, keeping y’all updated!

UPDATE: Yeah, i just tested and sadly it does not consume the ignite stacks…
But does it really works with poison?

i’d like to see more viable HC builds, and the arrows are permanent. u cant use them only with marksman skills which u dont use. so the passive fire and steel is not rlly helpful cause u dont use elemental arrows or am i wrong?

You are right: i dont use elem arrow; so i use it for the elemental resistance it give! This is few point for a lot of elemental res! It allow you to place other affix on your gear then elemental res