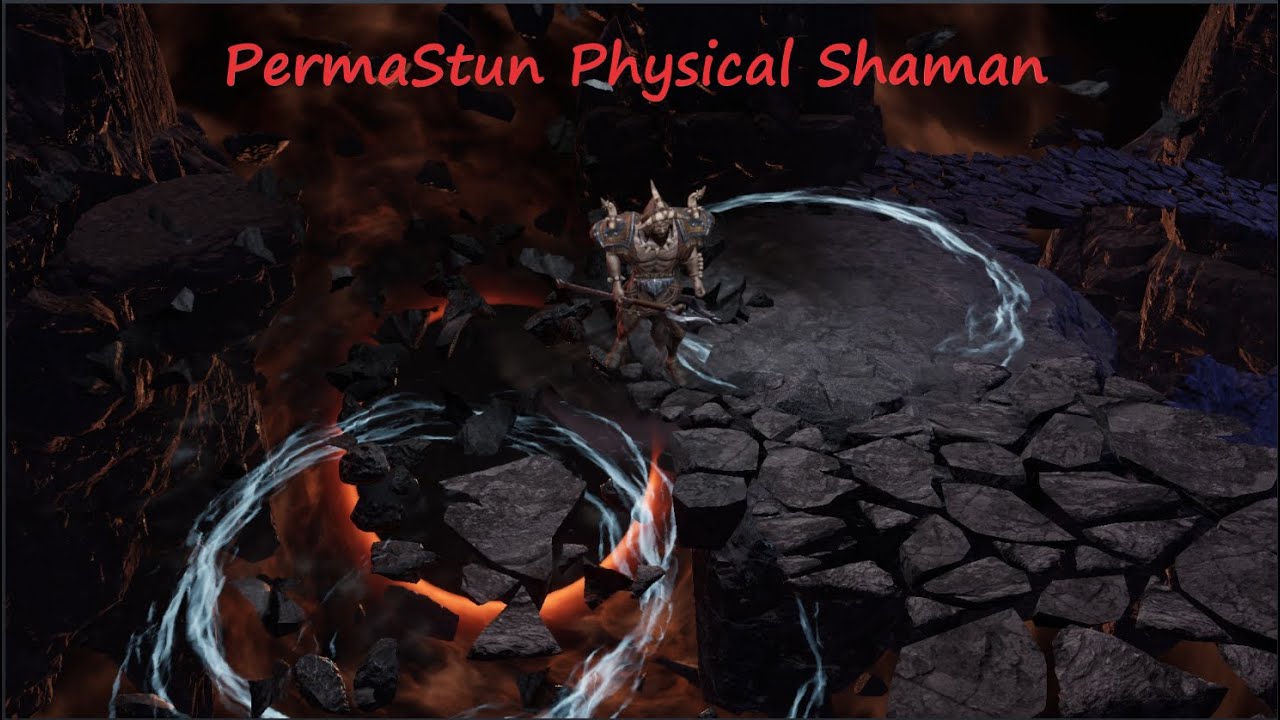 The main idols your looking for are 1x2 Humble eterran idols that give % increased stun duration and % increased physical damage. 6 of those is best with 1 1x4 Ornate heorot idol that gives % chance to summon thorn totem on hit and % increased spell damage with active totem (ignore the cold damage increase suffix in picture its not the most Ideal) 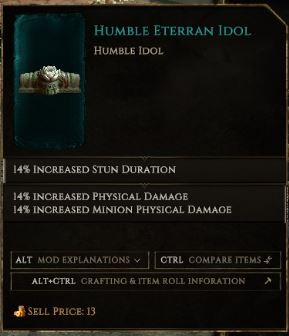 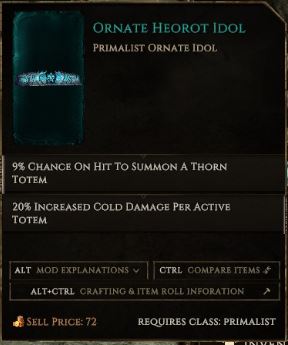 Below is a Tunklab Gearplanner link that has been put together from the gear shown in the build video. You do not need to have all T5 Affixes for the build to work. Simply have the same affies even if all are T1 and T2 will still be viable. That said. Having all T5 makes it better

base stun duration is 0.4 seconds

On mobs? I thought 0.4s was on us the character. Either i was proc stun more than i thought but alot of mobs wdre stunned for 2 or 3 secomds as I walked away from them. Will have to slow down footage and time it

I tried to do a similar build based around stun.
I went up to more than 500% chance to stun.

But I gave up on that because even with such a high chance the stun mechanic is not reliable on bosses just because of the stun formula. I made a long post about that (maybe I’ll try to link it).

Because just by watching the beginning of your video, you don’t seems to stun bosses that much (whole lagon portion doesn’t seem to have procced stun for instance). Maybe I’m wrong but it looked like this.

And do mobs and bosses doesn’t get a stun immunity after being stun normally, which made the stun mechanic not that good ?

The bosses do get stunned. Maybe 5 or 6 times during the fight. Hard to see cause the icon is hidden inside their body. However yes the stun works mich better against lower life mobs. Maybe bosses need a separate formula. Of course perms stun boss would be stupid op

. Don’t know if that still valid after the defense rework though.

It should be, since mobs don’t have any resists unless specified so unless the bosses got a large HP increase (which I don’t think they did) then freezing them is still possible.

i just did a 2500% freeze multiplier build a couple days ago. It doesnt perma freeze bosses. It procs about the same amount of times as stun did. Also i specifically said in title permastun build (except MoF bosses) on video

Yeah my bad was too eager to watch the video that I didn’t read that title !
That’s what you get when you make good content I guess

Does faster attack speed/dual wield provide any benefits to this via more earth spikes or is it not worth it? I’ve been trying to figure out a dual wield shaman build

tempest strike does not benefit from attack speed so you will not get addition procs DW on this build.

Yikes I am not sure how I missed that :0…back to the drawing board! Thanks for the response!