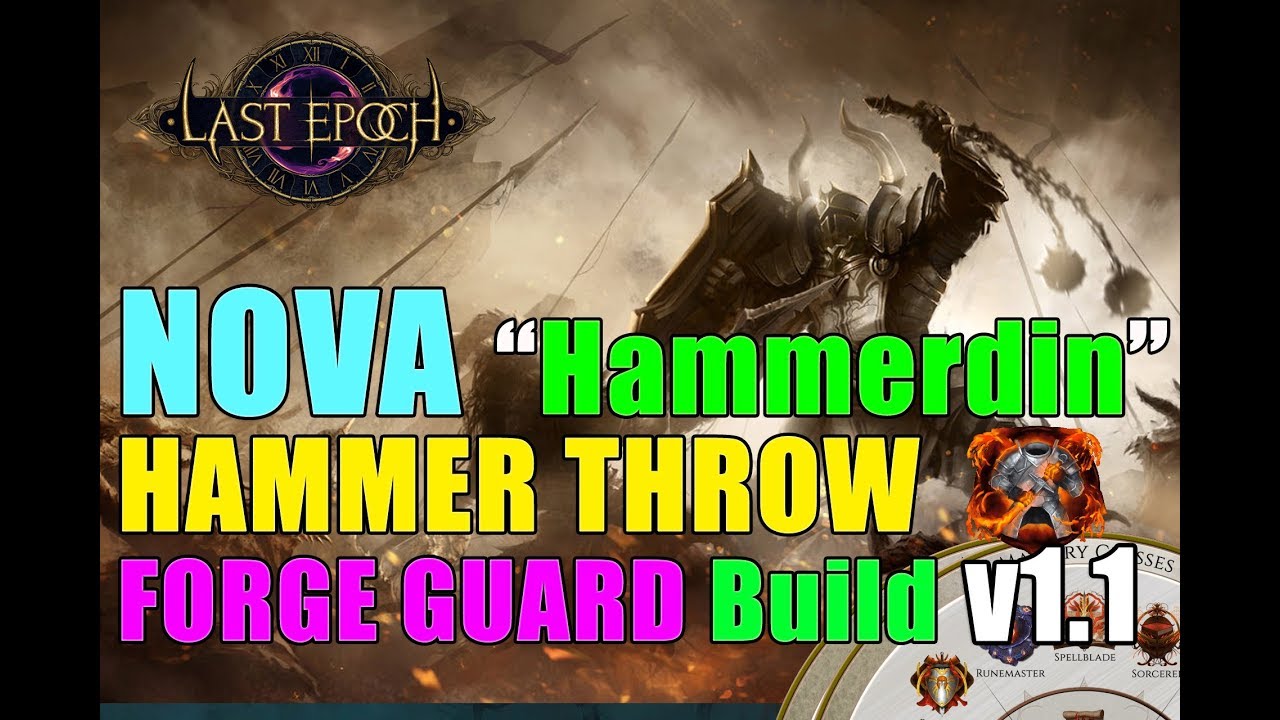 This is my fourth Last Epoch build and the most levelled character to date as well. 86+ and still going. A resemblance of a Hammerdin from Diablo 2 and 3. Strong and effective!
http://www.angryroleplayer.com/last-epoch-builds/nova-hammer-throw-hammerdin-last-epoch-build/
There are plenty of “Hammerdin” builds out there and there will be billions more as time goes by.

After certain amount of testing i came up with an unorthodox way to play it, by using the unpopular Avatar of the Spire node, throwing 9 hammers at a time in a nova. It is much faster for clearing all content, yet also comes with some cons as well. Everything is in the VIDEO, so check it out!

Finished at 125+ waves for now and died to a classic one-shot explosion. I just don’t like Arena and honestly ain’t gonna push unless some checkpoint system is introduced. Monoliths are endless at this point.

This build utilizes Hammer Throw skill as a main damage dealer as well as multiple buffs and debffs.

What are the pros of using Avatar of the Spire?