What seems to be the best Sorceror build for ingame these days.

Nova boy is still viable however for monolith gameplay static orb since it doesn’t require that much gear.

Nova boy is still top arena build but so is static orb so they are pretty close to each other but they have different playstyles.

I actually have those uniques, maybe except the relic, might have it.

And Bastion of honor, I know that I don’t have that

Foe, what would you recommend for levelling this Static Orb build? Gear, skills?

Sorry to disturb you, but do you have/know about any videos for this static orb build of yours? Would like to see the playstyle, as well as maybe some describtion as to why the choise of those unique’s?

So far I enjoy the build, but I can really first tell, when I reach Empowered Mono

Prism wraps has been chosen for the stupid amount of leech it gives + the elemental DR
Bastion of honour unique itself is broken since it gives you 100% block
Prismatic gaze is used because of the lack of flat crit since i went for a shield
Twisted heart is straight up broken and will allows you to build 4,000 ward while still having full HP thanks to prism wraps
Quiet belt is used as a stat stick, no reason for it so it’s there to fix my res.
Yulia’ boots are quite easy to farm and getting them with 1LP is not that hard since you can target farm them and they come with good base stats. 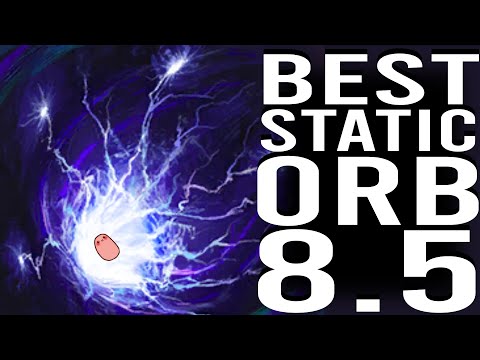 Playstyle itself is against bosses, you can facetank everything in the game while you hold down lightning blast and sometimes press flame ward

As for monolith, you do need to aim static orb but it is quite simple to aim that and once you have at least 18-20 mana regen, you rarely use focus.

Ah! Thanks for the explanation! I actually have all the uniques except for the Bastion of Honor, and the Twisted Heart.

Is there a way to be more tanky/keep up ward regen before you get the Twisted Heart?

Not really most of your defenses are going to be res, flame ward and leech till you get twisty but those should be enough in general as long as you pick up all the crit nodes from your passive tree, use catalyst with 6% flat. You can farm twisty in normal mode btw so you don’t need to do it in empowered.

Alright. Thanks a lot for your time and help Foe!

Yes, but is one of the most common Mage helms.

In LE, when the game decides to drop a particular unique it has to roll twice to confirm that it drops that unique & the rarer uniques have a higher chance to fail that second roll (the “reroll chance” is how the devs assign unique rarity, the higher the % the more likely it is to fail and not drop).

So the Ashen Crown having a 0% reroll chance means it will always succeed on the second roll and it is therefore more likely to drop than rarer uniques.