New Enemies Joining the Army of the Immortal Empire

When we brought Last Epoch to Kickstarter back in 2018, the Soul Cage was perhaps the single most well-received creature we showed off. Its concept art, found almost half way down our campaign page, was frequently the subject of conversations. This skeletal brute carrying a soul-filled prison has remained one of the most iconic enemies in the entire game, and we are excited to now be designing two related creatures to include in a future content patch. 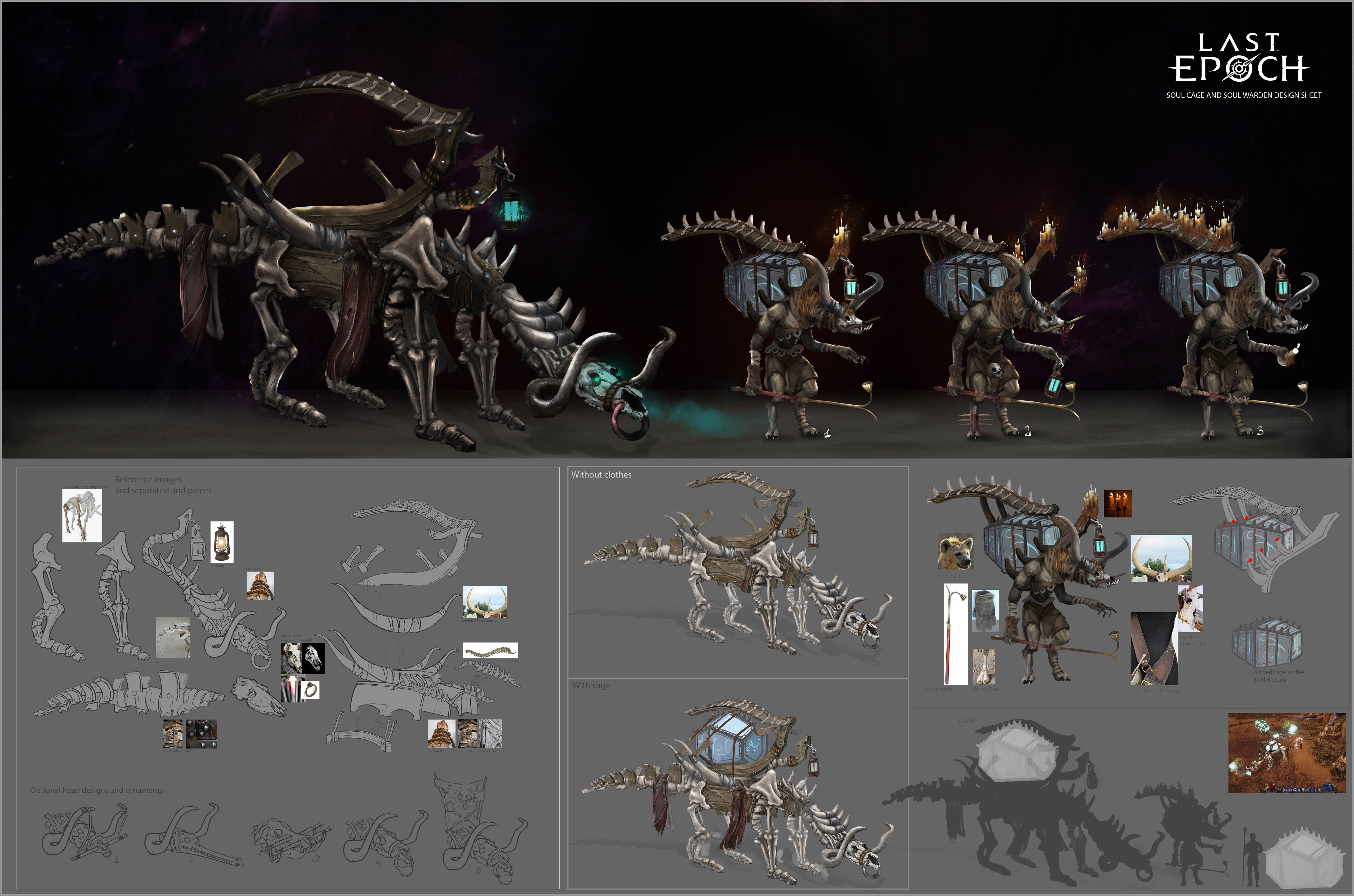 The Design Sheet for two new enemies coming in a future update.

The two-legged Soul Warden takes the ‘Soul Cage’ design language in a new direction; a smaller, upright creature bearing its own cage, this agent of the Immortal Empire has its path illuminated by faint lights. They are often encountered in the presence of Soul Carriers.

The Soul Carrier - referred to as a ‘Soul Cage’ on the above Design Sheet - serve a similar purpose to Soul Cages for the Immortal Empire, and will be the rarer of the two enemies.

Which of the two new enemies is your favourite?

Got any ideas for new enemies in the ‘soul cage’ family? We’d love to hear 'em!

Naughty Sarno, you didn’t put “yes” as a third option!

I would love to See New enemies which are not associated with or similiar to already existing Monster types.

I would like some more lore on what happens to the soul-filled prisons.

Would be amazing to have “minions” for the soul prison carriers that run around the battlefield siphoning souls from the bodies of player-slain enemies to empower the soul-prisons.

The purpose could tie into whatever happens to the collected souls.

Maybe some Soul Drinker type enemies that feed on the captured souls to get stronger and heal? Maybe a big abomination (I picture Vozhd from Vampire the Masquerade). I could see them being like a necrotic version of the Siege Golem. Less armored though.

If the Soul Carrier is to scale compared to the Soul Warden in the concept art, then I can safely say my melee characters are terrified.

My Hammer Throw characters however, are looking forward to procing all of the Smites & remaining on full mana for the rest of time…

Nice, these are some fun models!

I’ll throw my two cents at the Soul Carrier because 4 legs are better than 2. And well, there’s so many two legged minions already.

Send them all, we’re ready!
Well, why chose? Both look awesome! The Imperial part is not my favourite, but these two look very good.

If only all idols were as fun as Keen Adorned ones.

Or is the third option with “both”
Otherwise pretty both, I voted for one but I like both.

so here I was thinking we could add more enemies utilizing souls as attacks, and not just canisters to hold them in, perhaps in the futre we could have some sort of undead boss that attacks you with the soul energy in a very flashy display, something like this for concept. and put more epmathis on human and creatures lives being used as energy, afterall, it stems from the foul greed, and power hungry undead empire. 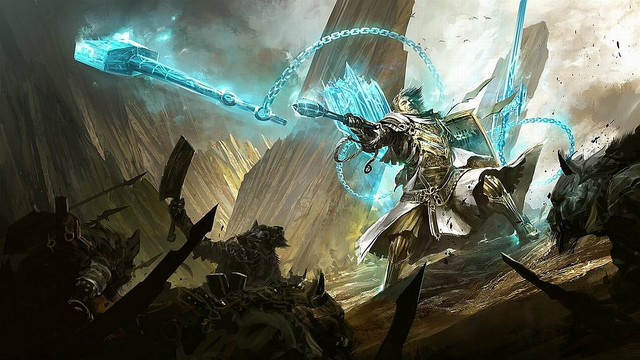 I like the idea, I validate ^^
Even though I’m not a dev.

more concept from my idea. 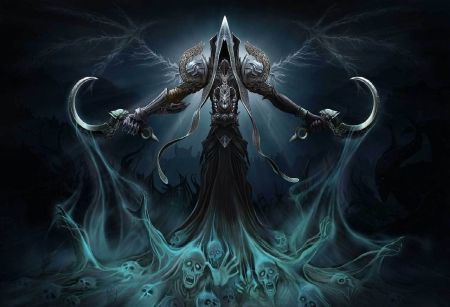