Sands of Majasa update brought to life 21 new tracks to immerse you into Eterra’s vast deserts, dark caverns, and ancient temples. Here, our composer Wesley shares more details about the creation of his scores for the Scalebane Hideout and Majasa confrontation.

Scalebane Hideout is part of the main quest in Sands of Majasa, and a particularly fun zone to compose and write for. In this zone the player really gets to interact with this unique culture, entering a settlement and fighting through the Scalebane warriors. Chapter 8 is obviously steeped in desert/eastern influences. The music had to reflect this while, for this particular zone, keeping up the intensity and energy. I tried to achieve this through the quick percussion, using a darbuka for the main drum, and adding some tambourine sounds, low end djembe etc., to round it out.

The piece starts slow, and dips in energy in the middle so that it has some dynamic variety, especially for a track the player may hear looped depending on the time spent in the zone. I used a lot of Middle East instruments including the zurna, kanun, tanbur, and saz. These instruments are usually pitched to scales other than our “well-tempered” scale western (for you music folk out there). I adjusted them accordingly to work in the context of the rest of the score but wanted to use them for that desert-like sound originating from those cultures.

I did of course use western instruments throughout including celli for the dark staccato notes, as well as acoustic guitar for a little trick of the ears. I wanted some fast eastern strumming sounds but didn’t really have anything available. To try and solve the issue I used a fast strumming acoustic guitar and pitch bended it up an octave so it sounded thinner than a normal acoustic, and really liked the way it came out for what I needed in the music. That pitched acoustic is more felt than heard in the mix, though. 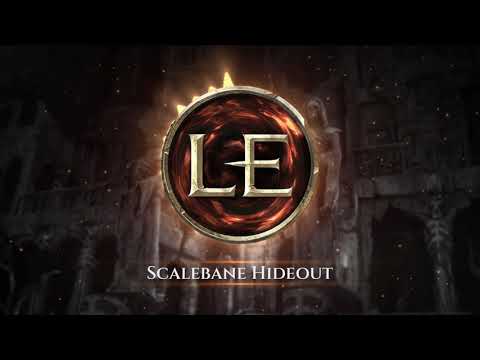 I know this goes without saying, but the Majasa boss fight music had to be intense. The challenge was in the specifics of how to reach that goal. Since this is a desert chapter with lots of Middle-Eastern instruments, those had to be used to keep the musical continuity, but there needed to be more sonically recognizable “epic” sounds such as large taiko drums, horns, and drones/pads. I also wanted to begin the piece by showing the horror of Majasa so I used some avant-garde dissonant vocal swells as one of the layers, then going into the spiccatto string stabs to drive home the relentless and unsettling danger that Majasa threatens.

After that we go right into the main loop section of the piece with all of the epic elements, with the ethnic instruments playing out various melodies and themes featured on top. I like to weave different themes and percussive motifs in and out throughout the piece, trading the melodies back and forth between different sections of the orchestra. This allows the listener to have some recognizable material while also keeping each bar fresh with new combinations and textures.

Boss music must also have some dynamic balance. If the music is loud and aggressive throughout without any sort of dip in intensity, a player who takes a long time to kill the boss could easily feel fatigued from the constant barrage of sound. Keeping this in mind the music dips in the middle while still maintaining a sense of urgency close by. 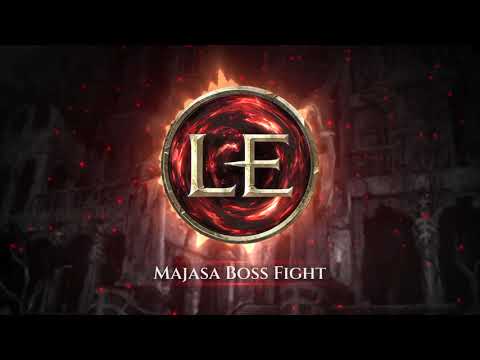 Hope you enjoy the music and let me know your thoughts!

Thank you so much for these nice new musics, they’ve increased a lot the general experience of the game for me, Majasa’s one made me feel a gravity of events like i never felt before (this, and probably also the difficulty of the fight itself before the nerfs

) and added an amazing pressure to the fight, the first port town we arrive in at the beginning of the chapter was really nice too, hope we’ll get more like these in the future !

The music in the new chapter is awesome!