Hi, I’m on linux via steam. The health and mana globes always look empty for the character, as does the health bars for the enemies. The game is playable, but it is impossible to tell how much health the monster has left. The only way to see character health is to look at the numbers above the empty globes.

Also, the minimap shows nothing except the arrow pointing towards the quest. I am assuming that is a bug as well.

Great game, btw, even with the bugs. Thank you for the day one linux support!

UPDATE: The Beta 0.7.0.c update attempted to address this issue. The health globe for the hero is now fixed and works as expected. However, both the mana globe and the enemy health bars remain broken (displays empty globe / bar).

I noticed the same thing and posted the update about the health bubble in a different thread from a long while ago, but figured it’s better here. I deleted my previous post and am posting here instead.

I’m on a Radeon VII here, same deal. This has always seemed to be an amd-only problem. Screenshot in case it helps: 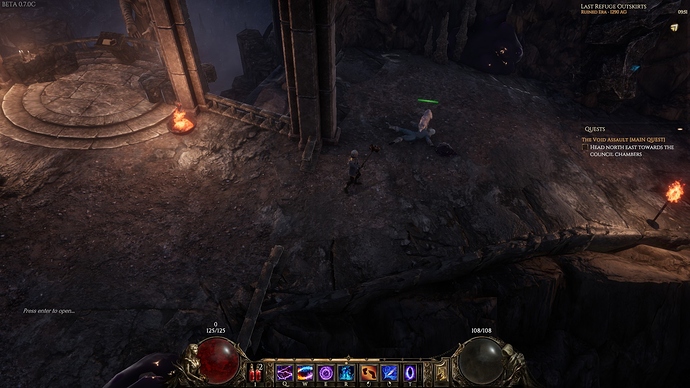 Here the same (patch 0.7.0c on steam). No mana orb, no enemies health bar, no map, kinda buged health orb and no icons for crafting ingredients 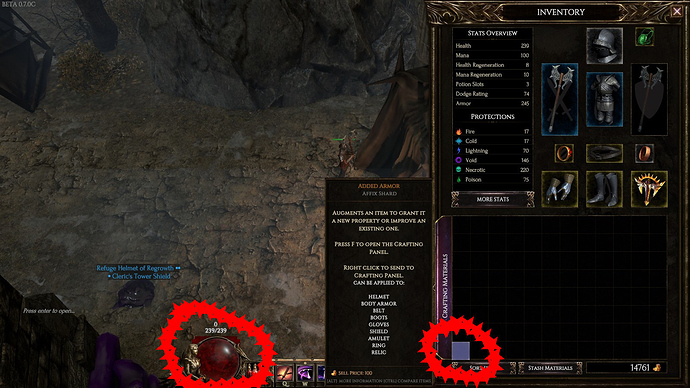 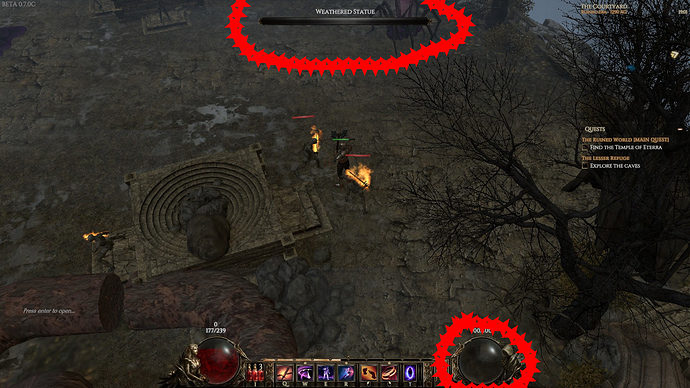 Oh yeah, the crafting things. Yep, that is messed up for me as well.

Thanks for the report! This is indeed a problem with AMD GPUs on Linux-- with 0.7.0c we changed the health globe to a more basic version for those systems, so it’s expected that it isn’t working for mana in that patch.

I wasn’t aware that the crafting materials didn’t have icons, so thanks for the info. Are glyphs and runes affected too?

Haha, I had to go into the game to remind myself what glyphs and runes are. Anyway, no they appear normal to me.

EDIT: actually, I am not sure. I was able to see the icons in the crafting materials panel, but I don’t think I recall seeing those in my inventory (sorry, I’m old and don’t play as often as I would like). It will take a couple of days, but I can probably confirm one way or another.