I am not a C.T.
But (I am bored)
This is personal pure speculation.
I made this. 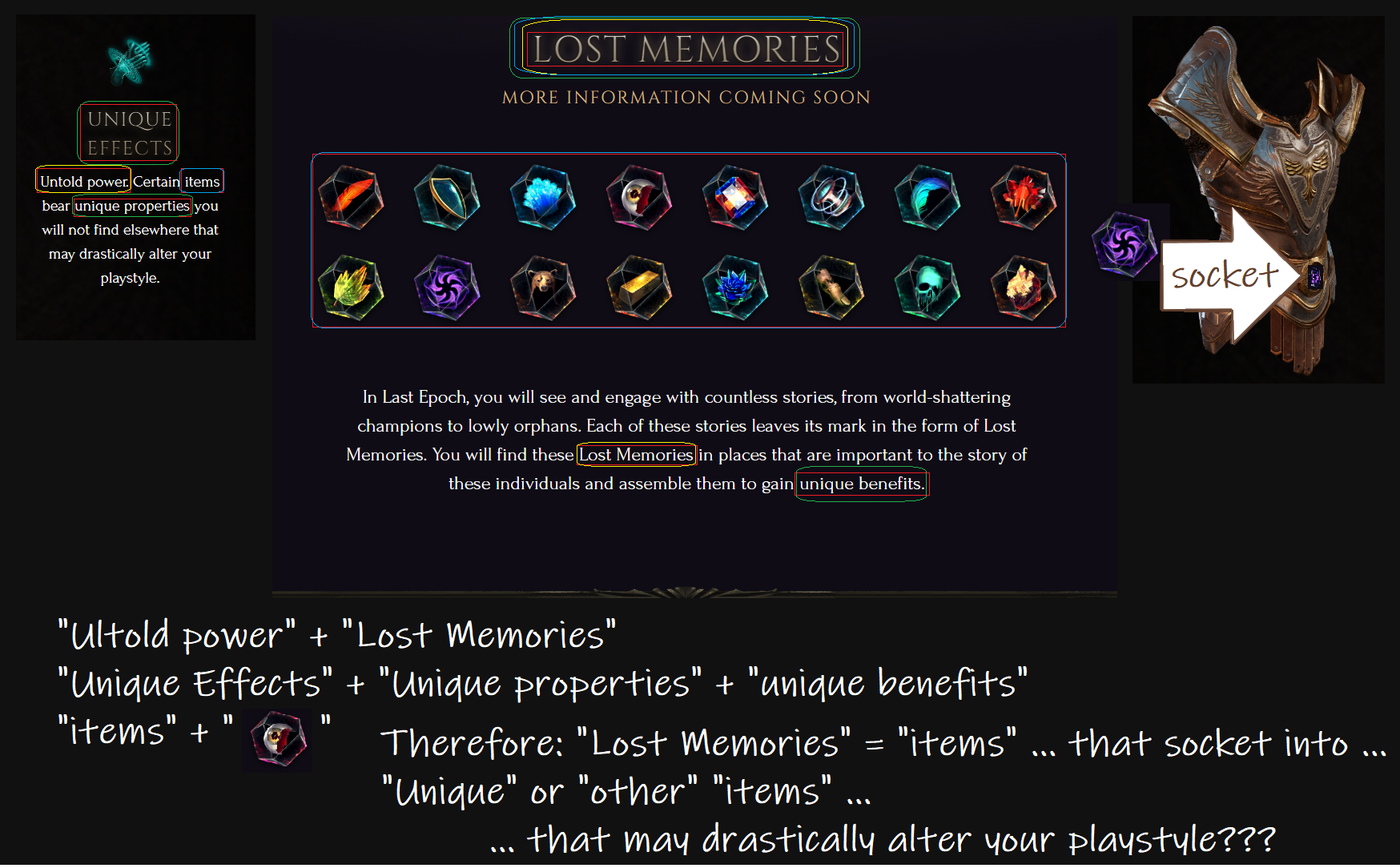 In very short, I hope Lost Memeories will be something very similar to blessings, with very limited slots (maybe only 1 slots?), but plenty of potential choices.

But with way more build/playstyle-defining effects.

Very similar to some affixes on Uniques items, but maybe with a little bit broader application.

For Example the Void things you used in your example: “All void spells gain X effect”. This would not be class specific, but a lot of classes could benefit from this way more than others.

Or Gold Ingot would be something like: “%inc. gold and item rarity and extra damage per gold you collected in the last few minutes” for a “fast farmer playstyle”

Obviously this is just some very broad ideas without numbers. But Idefinitely would like to see some more build defining things.

Apparently blessings have been coded as items. So when they say “certain items”, they may not mean actual items as the rest of us think of them.