Looking for insight on my current warpath paladin

extremely new to the game and was following a bleed warpath guide… seems like its really gear dependent and i have yet to drop the bleed axe or chalice. but I am trying to maximize the drops I have got. it feels comfortable in most content.

so I have linked it here:
https://www.lastepochtools.com/planner/KBaL11Qv
I am fully res capped in game but this planner does not agree… is this a known issue? 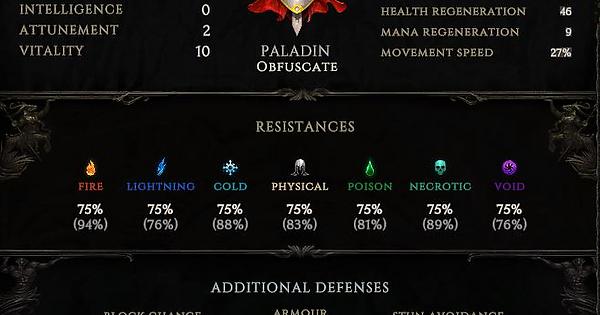 any who,
just looking for ideas from others on what I could do to improve the build considering my gear…

I am fully res capped in game but this planner does not agree… is this a known issue?

The Build Planner does not know the exact rolls of each individual affix.
By default it only shows average rolls, but you can see max or min rolls too. 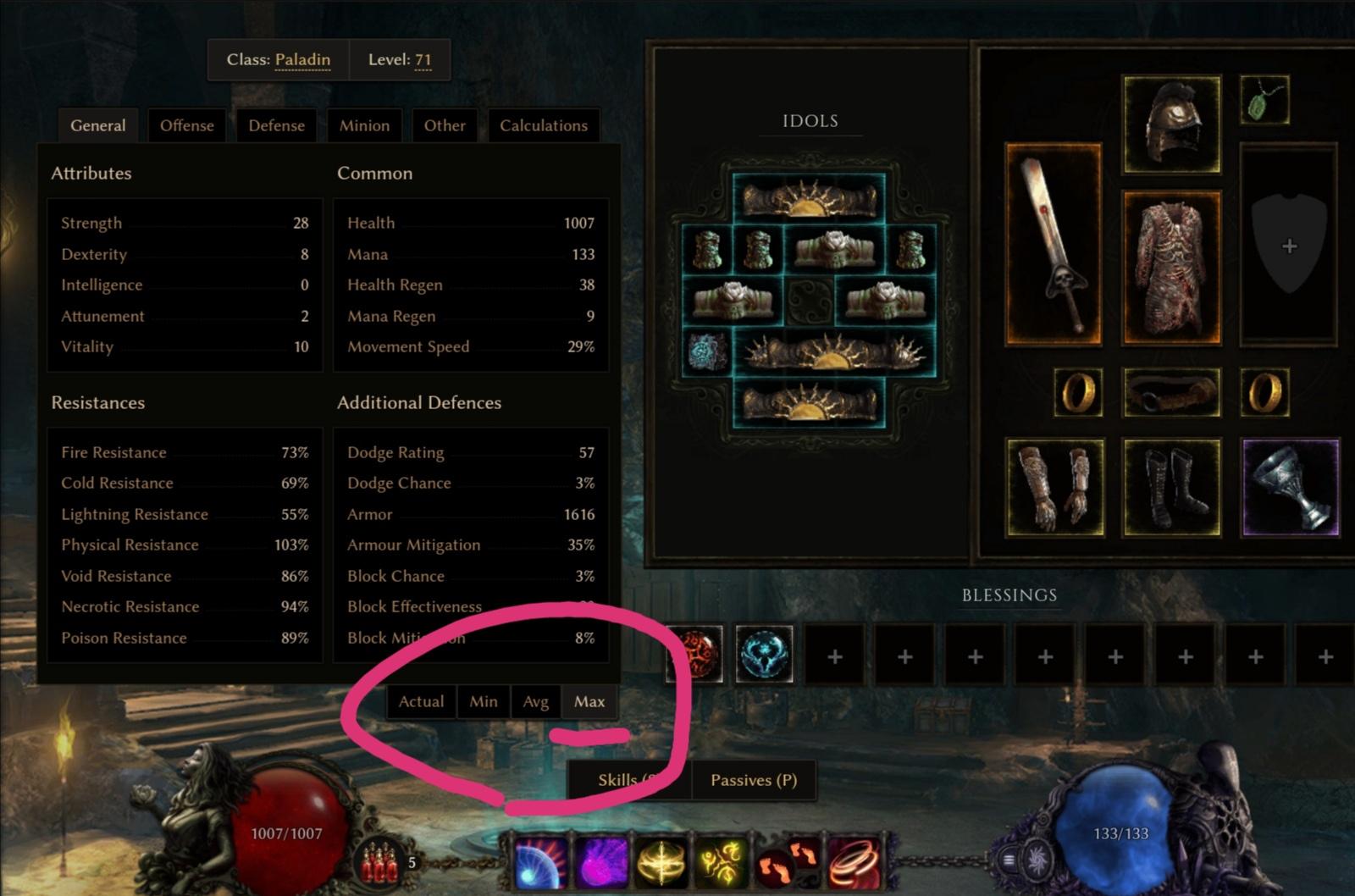 Also your Holy Aura is not considered in the character sheet.

As for improving the damage I would consider using another weapon.
The Last Laugh is a good weapon, but not that good for an Ailment Build.
The Armour Shred, flat melee damage and base crit do not increase your Bleed damage at all.

You are also missing highly valuable %chance to bleed on hit on weapon suffix.

I think a Zweihänder would benefits you much more, since it has almost the same flat dmg (which is only useful for the hot portion anyway).
The Physical Penetration Implicit is useful for bleed damage too.

Only downside baseline would be less attack speed, which can be mitigated and even be improved by having a good attack speed Prefix.

Overall a customizable rare weapon is alot stronger.
But I think a Zweihänder with “just” attack speed and chance to bleed on hit would probably be a dps upgrade already.

For your Armour I would recommend using the Sentinel CSA base types, Woven Flesh is a great starter item, but not really useful in endgame.
Using Winged Helm and Solarium Plate with one T5 CSA suffix can give you 100% CSA already, while still getting much more defense from those slots.

Also the crit multiplier from your Helmet doesn’t benefit Bleeds at all.

You should also try to get bleed effect and bleed duration on prefixes for both body Armour and helmet. Since they are both More multipliers for your bleeds.

Also the boots could be replaced with either cold or fire resistance implicit and maybe open up more other defensive options somewhere else.

Thank you … im not speced for the bleed aspects yet at all. was looking for ideas to upgrade my current pasives as it relates to my gear now. I do appreciate the insight but was looking to maximize what i have until i can get the rare bleed axe and relic. then I will definitely respec to a bleed optimized paladin. but its great to know about the resist info… I will keep all this in mind when i can find items to begin the transition… thanks again

Your build seems a curious mix, you’re using a two-handed weapon but not going for any of the two-handed nodes in Warpath, you’re using several expensive skills (Judgement & Sigils of Hope) but no mana generator & no way to regenerate mana (Warpath).

Personally, I’d change your passives to something like this:

Go dual wielding & use a Welryn Axe (bleed on hit implicit) & Nagasa Sword (DoT damage implicit) to maximise your attack speed bonus from Blademaster. This would get your attack speed up to ~189% from ~67% which would be a lot more hits per second for more bleed stacks.

For the Paladin tree I’d

Once you’ve got your Valdyr’s Chalice & Undisputed, you could swap your gear to something like this:

You’ve got quite a few choices for nice prefixes on your helm & chest.
Helm:

I’d also porbably take 5 points in Abyssal Endurance (void/phys resist) to then be able to point points into Sorrow & Steel (% damage) & Patient Doom (the damage buff should be snapshot if Warpath is the attack that “consumes” the buff giving you up to 120% increased damage for Warpath & the bleeds it procs). You’d also then be able to drop the phys resist on your helm to pick up some more hp.

I am not sure why you want to wait to spec into bleed.

Both uniques you are still missing are not build enabling.
So why you want to collect gear for another playstyle, just to change the gear later down the line again?

yes thanks you… Ii have made some changes and am running a lot smoother. here is where im at:
https://www.lastepochtools.com/planner/9oz62Eox

thanks again for all your help…

Currently not the right time to browse.
→ However, I noticed your T1 selection regarding elemental resistances on your gloves. Just take T5 instead and you’ll have the maximum resistances you’re looking for.

He already has capped resistances^^

I am fully res capped in game but this planner does not agree… is this a known issue?

Currently not the right time to browse.
…

He already has capped resistances^^